Prepare For Change
Home Awakening How the Murder of the Russian Royal Family Led to Spiritual Renewal... 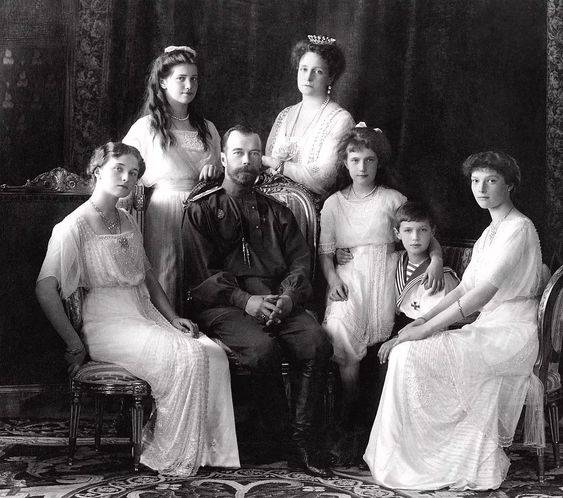 “It took 20 minutes for the drunk shooters to kill them. The three youngest children survived the shooting only to be brutally bayoneted. When the children’s English tutor arrived soon after, he was told that the blood had to be swept away with brooms. . . . today we see how the blood of martyrs became the seeds of salvation for the spiritual rebirth of our people”

July 17, 2018, marks the centennial of the killing of the Russian royal family.

On that date a hundred years ago, the last tsar of Russia, Nicholas II, his wife the tsarina Alexandra, their five children and four retainers, were ushered into a basement in the city of Yekaterinburg in the early hours of the morning, for an execution that would mark a turning point in history.

The family, by all accounts pious and loving and known for personal works of charity, had suffered months of humiliation at the hands of communists who had taken over the Russian government in the wake of the tsar’s forced abdication in March 2017. Walls of their prison house, which they would have passed on the way to the room of their execution, were bedecked with obscenities, and guards had enjoyed drunken sex antics in the basement where they were killed. On that night, trucks outside ran their engines to muffle the sound of gunshots.

It took 20 minutes for the inept, alcohol-impaired shooters to kill them as the room filled with smoke from the guns and cries of pain. The two youngest girls and the tsarevich survived the fusillade only to be brutally bayoneted, while their maid, not initially hit, vainly tried to fight back.

When the children’s English tutor Charles Sydney Gibbes, who later became an Orthodox priest taking the name Nicholas after the czar, arrived soon after with the White Army forces, he was told that the blood had to be swept away with brooms.

A gruesomely torturous burial followed across two days, in which corpses were placed temporarily in a water-filled mineshaft, abused and disfigured, doused with acid and grenades, with the bodies scattered to hide the number in the group to prevent their recovery. Even a family dog was shown on a bayonet by its killer outside after the murders, slain to stop its mournful barking.

Historians recently have concluded that the killings of the family and their retainers occurred on direct orders from Lenin, whom historian Stéphane Courtois in his work since the opening of the Soviet archives has documented to be the evil mastermind of modern totalitarianism.

The carnage also marked the end of centuries of Christian monarchy that traced its roots back to the Byzantine Empire, across some 1,500 years, and was the end of the last major Christian empire in the world.

Historian Marilyn Pfeifer Swezy, in her introduction to the new English translation of The Romanovs Under House Arrest: From the 1917 Diary of a Palace Priest, notes that, “Nicholas’s own understanding of his role which was more religious than political.

He understood that he had inherited a profound responsibility before God for the welfare of his people. In keeping with the concept of the Byzantine emperors and Old Testament kings inherited with Orthodoxy in the tenth century, the sovereign was more than a political ruler. He was the anointed of God. The power of the autocracy was defined as a ‘selfless burden of service’ to the Russian people.’”

Many of the popular impressions in the West today of the tsar and that regime remain heavily shaped by the same Marxist-Leninist propaganda that contributed to the revolution and subsequent history. At best, the autocratic tsarist regime often is equated with totalitarian communist rule, although the latter is offered praise nonetheless for supposed high ideals of equity and social justice. Yet historical facts tell another story.

Tens of millions of people were killed under the communist regime, with a total of up to 100 million worldwide including regimes inspired directly and helped by the Bolshevik regime that killed the tsar and his family, according to The Black Book of Communism. As Nicholas Werth notes there, between 1825 and 1917, tsarism carried out 6,321 political executions, most in the revolutionary period of 1905-1907. A good number of these were commuted to forced labor. By contrast, almost 20,000 government officials were assassinated by revolutionaries during the last 25 years of imperial rule in Russia; from the fall of 1905 to the fall of 1906 alone, the toll was 3,611. In 1918, following the brutal execution of the Romanovs and an assassination attempt on Lenin from his “socialist right,” a surging campaign of Red Terror claimed 15,000 lives in two months alone.

Horrible anti-Semitic pogroms were used to justify hatred of the tsarist regime, and such anti-Semitic violence was a major enduring sin of Russian culture. But Steven J. Zipperstein notes in his book Pogrom that the imperial government’s policy was to stop pogroms as endangering public order, not to engender them. Zipperstein notes that mass killings of Jews, an estimated 100,000 or more, followed the Bolshevik takeover and the breakdown of imperial order, during the Civil War after the Bolshevik takeover. The 1905-1906 revolutionary era’s pogroms resulted in perhaps 800 deaths by contrast. Key pre-revolutionary Russian Church leaders in the early twentieth century, such as Father (later Saint) John of Kronstadt and Bishop Antony Khrapovitsky (later the leader of the anticommunist Russian Church in exile) did denounce the pogroms at the time, with even the tsar discouraging circulation of the scurrilous anti-Semitic Protocols of the Elders of Zion. That does not excuse the brutalities of tsarist society, but highlights the hugely greater evils unleashed by the revolution.

Indeed, the communist gulag or system of labor camps became a model for Nazi concentration camps. By contrast, when Lenin was exiled to Siberia under the tsarist regime, he was allowed a rifle for hunting and the companionship of his wife, could work on his writing, and enjoyed a daily allowance from the state equal to double the pay of the average peasant, from which he paid a housekeeper. Even in the brutal anti-revolutionary crackdown of 1906, Trotsky was allowed visits from his wife and wrote most of his history of the St. Petersburg Soviet while imprisoned.

Historian Sean McMeekin documents that the tsarist regime had not been the failure that it was portrayed in Marxist-Leninist propaganda, either: “Russia in the early twentieth century was a substantial net importer of both people and capital: a telling fact that, since the revolution, has never been true again.” His history, accessing old Soviet archives, notes that far more crucial to the Revolution were elite Russian conspiracies against the tsar (including largely engineered scandal over Rasputin). Other factors can be added to these, notably huge Russian casualties in World War I, German subsidies of Lenin’s party of more than $1 billion in today’s currency, and what Alexander Solzhenitsyn decried as a lack of decisive response to initial revolution.

Nonetheless, McMeekin writes in his recent book The Russian Revolution that in 1917, “the tsar’s complacency…accorded better with Russia’s real military and strategic situation than did liberal and Allied hysteria. Morale in the Russian high command on the eve of spring campaigning was high, and for good reason.” But disloyal subversion in decadent high levels of Russian society leading to the tsar’s abdication, revolutionary networks feeding on legitimate grievances among sectors of the sprawling empire’s public, and ultimately a relatively small force of about 10,000 dedicated Red guards enabling the communist takeover of the capital Petrograd, all contributed to the collapse of the tsarist state across 1917, resulting in the “red terror” of which the 1918 royal executions became the central historical marker.

“Bloody Nicholas” (as the revolutionaries smeared Nicholas II), and his pious and loving family, later were declared “holy martyrs” and “passion-bearers” by Russian Orthodox Churches in exile and later in post-communist Russia, respectively. They became venerated for living their faith through suffering to death, as seen in the czar’s calls for forgiveness of their enemies amid those trials, and his expressed willingness to take on the sins of his country to his death.

Today, as Metropolitan Hilarion Kapral, the New York-based head of the Russian Orthodox Church Outside Russia, originally founded by exiles seeking to keep alive the Russian Church abroad after the revolution, wrote in a recent epistle to that diaspora worldwide: …“the more the Church endured persecution, the brighter the lanterns of faith and piety shone in the Russian land. From the Tsar and the members of the Royal Family close to him in spirit, from archpastors and simple monastics, priests, and deacons to laypersons came forth a powerful spiritual army of the Church Militant… Thank God, today we see how the blood of many millions of the host of martyrs and confessors who turned the Russian land scarlet became the seeds of salvation for the spiritual rebirth of our people, in the Fatherland and in the Diaspora.”

As churches and monasteries continue to reopen and sprout anew in a resurgent Christian culture in Russia, and Orthodox Christian missions open in the West, including one in our small Pennsylvania town, candles glow in front of icons of the Holy Royal Martyrs this week at memorial services around the world. They are a reminder of the light of faith that the darkness of communism could not put out—and a warning to a West increasingly enamored with that darkness again today.

Helpful Reading on this Topic:

Victor Sebestyen. Lenin: The Man, the Dictator, and the Master of Terror. New York, Pantheon, 2017.

Robert Service. The Last of the Tsars: Nicholas II and the Russian Revolution. New York: Pegasus, 2017.