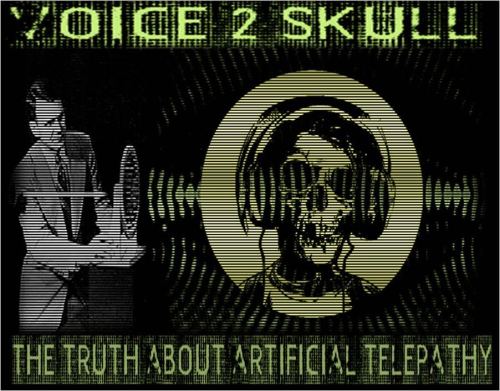 Directed Energy Weapons Being Used On Us! – Robert Duncan

Directed Energy Weapons Being Used On Us! – Robert Duncan from Truth Warriors on Vimeo.

See why everybody needs  APeX – Anti Pathogen Extreme, Anti Viral, Anti Bacterial and our Bioavailable Copper at www.mitocopper.com   Please SHARE so we can help more people! [email protected]  Dr. Robert Duncan is a brilliant scientist who figured out what our own government is doing to us with directed energy weapons!  This is the most frightening thing you can imagine.  People are having sounds and voices (Voice of God technology) beamed straight into their heads, they are being “EEG cloned” which means there is some scumbag in a government facility who is hooked up to a machine that connects your brainwaves to his brainwaves!  Once this EEG heterodyning is accomplished the subject can be made to experience things the government wants them to.  Evil commands are spoken into the subject’s brain.  They can even speed up your heart by speeding up their own so you feel like you’re having a heart attack!  They can torture you in many different ways.

The Marines control it.
2. Navy budget funds it.
3. Duncan described it in the Coast to Coast AM interview as a worse than lethal weapon system.
4. Duncan helped integrate HAARP into SPA-WAR ran by the Navy, and also integrated it into SIGINT SIGCOM a blacker than black organization as a weapon/surveillance tool.
5. Duncan’s been to secret underground Navy bases to work on weapons/surveillence systems for the Navy.
6. Navy has directives to allow experimentation and torture of citizens.
7. The ballistic missile defense system is also a neurological/surveillance weapon. It has multi-purpose receiving and beaming lasers/antenna.
8. Navy was caught in 1976-1978 irradiating Eugene Oregon citizens from Alameda California Navy base 500 miles away per the FCC investigation in 1978 (proving this can be done).
9. Aaron Alexis said he had info on the Navy’s irradiation of humans and testing of the weapons for decades. After getting pwn3d by it himself, he killed 12 at the Navy Ship Yard, where he was shot dead and framed to look delusional by the FBI.
10. SPA-WAR stands for: Space and Naval Warfare Systems Command. Hmm, interesting.
11. These systems are all types of Signals Intelligence.
12. Navy integrates into NSA.
13. NSA has the capability to spy on and send signals into any citizen, and has space capability that’s ill described (black).
14. signals intelligence : intercepting signals, electronic warfare, interferometry, holograms, irradiation tech – it’s merely code for transmitters and receiver tech. sigint can be electronic communication, or human biocommunication, intercept keystrokes from space or brain waves from space type stuff. or torture irradiate. MRI scans, ESR scans, hologram construction from space.. ghost in the receiver, house stuff.
15. electronic warfare article on Wikipedia of all places (censorship heavy zone) even plainly states EW is also used to kill or irradiate humans with directed energy. department of defense articles conclude human brain is susceptible to radiation and EW (the mind has no firewall). there’s freaking DOD patents to invade the brain and dozens of articles and stories have been run over the years, including CNN 1985′s coverage of radio frequency weapons (enter main research page for full CNN clips). it’s plain as day!
16. SIGINT/directed energy is NUKE level technology, more secret than NUKES (more secretive than the manhattan project!!). but it’s actually quite well understood.

Dr. Duncan talks about the technology on Coast to Coast in the video above.  He also covers some things that might help those targeted.

I found Duncan’s ebook out there and while it’s quite long there are a lot of interesting topics in it.  Here’s a link to it

Here’s a quote from Dr. Duncan.

“My apologies to the human race for my contribution to tyranny. I was tricked into thinking it would not be misused by corrupt government especially in my beloved country. I was wrong. The Joint Non – Lethal Weapons Directorate has Skip Green on the governing board. One of my old colleagues at a technology think tank in Cambridge partly in charge of the radio frequency weapons testing for neurological disruption now torturing and killing people worldwide. Several other US Navy and UK Navy scientists have been knocked – off and that is why I have come forward. I know my time may be near. I am currently a professor in computer science and business, helping to educate the public on government corruption, greed, and stupidity. Like my ancestor Lincoln, I am fighting against mental slavery in a new Civil War engineered by the same useless elements in over 80 government agencies who have tested radiological, drug, and viral weapons on unsuspecting Americans for over 45 years.”

I can’t find any material from Dr. Robert Duncan in 2018 so if you know where his latest information is please email me at [email protected]

Here’s another good video showing people who say they are hearing voices!  Many of these people are probably test subjects for RF weapons!   They are not crazy!  How many mass shooters are on record saying voices in their head kept telling them what to do!

Electronic Weapons Aimed At Us! from Truth Warriors on Vimeo.