Prepare For Change
Home ARCONTES A DIRE WARNING: The Cancer Industry Owns The Media And Your Mind 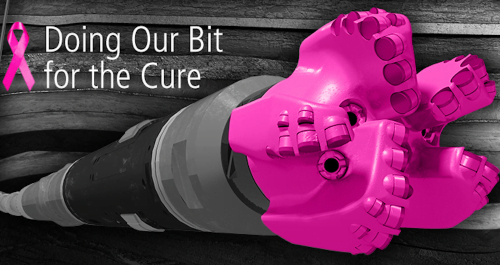 A new report claims that millions of lives have been saved in the past two decades due to ‘early detection’ of cancer and improved treatment, but is it true?

In what can only be described as the latest cancer industry propaganda push, mainstream news outlets are declaring triumphantly “More than 1.5 million cancer deaths averted in last two decades” (CBS), “Cancer death tolls fall, millions saved” (ABC), and “A 22 Percent Drop in Cancer Mortality Saved 1.5 Million People.” (Science World Report).Really? What is this based on?

These media flourishes are supposedly based on a report just published in the journal CA: A Cancer Journal for Clinicians titled, “Cancer treatment and survivorship statistics, 2014,” which analyzed cancer treatment data from 3 sources: the National Cancer Data Base (NCDB), the SEER-Medicare linked database, and the SEER*Stat database.

However, if you actually take the time to read the research itself and read between the lines you will find it in no way justifies these optimistic characterizations; to the contrary, the national cancer outlook looks exceedingly bleak.

In the abstract summarization of the results, the first line reads:

“The number of cancer survivors continues to increase due to the aging and growth of the population and improvements in early detection and treatment.”

‘Early detection’ here refers to national screening programs such as x-ray mammography for breast cancer and PSA screening for prostate cancer, which we now know have not resulted in reduced mortality despite dramatically expanding ‘cancer diagnoses’ in the past few decades: a sure sign that the ‘cancers’ being diagnosed were never life-threatening and did not ‘save’ anyone from premature death; to the contrary, breast and prostate screenings have been the subject of great controversy because they have left behind millions of necessarily treated (read: harmed) individuals without resulting in any significant reductions in breast- and prostate-specific cancer mortality (prostate cancer mortality has actually increased!) — which is the only true measure of whether they are of benefit to the mostly asymptomatic populations being continually pressured through ‘awareness campaigns’ to undergo screening. An increasingly indubitable body of research shows that screening programs have dramatically increased the quantity of cancer diagnoses in healthy individuals, resulting in the illusion that they have been ‘saved’ through early detection, when in fact they have survived overdiagnosis and overtreatment and not cancer itself. This has falsely inflated the number of people ‘saved,’ which is reflected in the aforementioned outrageously distorted mainstream media headlines, while simultaneously obscuring the significant number of lives that have been lost due to the ineffectiveness of conventional treatment.

Consider that a ‘cancer survivor’ is anyone who was diagnosed with cancer who is still alive 5 years later.

Whether or not a newly identified prostate or breast cancer case was a victim of overdiagnosis is nowhere accounted for in these statistics. In other words, if a person who was identified through ‘early detection’ to have life-threatening cancer actually had a benign lesion, and then went on to be ‘treated’ anyway, they are not surviving cancer but rather the unnecessary surgery, chemotherapy and radiation they received. And yet they are lumped into the ‘survivor’ category nonetheless, even if they should be considered a victim of iatrogenesis and medical abuse.

Last year a study was published in the New England Journal of Medicine revealing that in the past three decades 1.3 million women in the U.S. were wrongly diagnosed with breast cancer when in fact they had a benign condition known as ductal carcinoma in situ (DCIS). DCIS lesions rarely if ever progress to cause harm nor death, but this was not factored into the data analysis of the latest report in question. The report stated that “14.5 million Americans with a history of cancer were alive on January 1, 2014,” but it did not qualify the statement by acknowledging the great burden of cancer diagnoses that are now known to be intrinsically benign, e.g. ductal carcinoma in situ (DCIS) “breast cancers” and high-grade intraepithelial prostatic neoplasia (HGPIN) “prostate cancer” were identified in 2012 by a National Cancer Institute commissioned expert working group to be misclassified as “cancer” and which they recommended should be reclassified as benign lesions of epithelial origin, presumably better left untreated. This reclassification of certain ‘cancers’ to benign growths also encompasses so-called papillary carcinomas of the thyroid, a fundamentally harmless nodular growth the conventional medical establishment still calls thyroid cancer and treats aggressively.

What this essentially means is that instead of taking responsibility for the medical-induced harm (iatrogenesis) that breast, prostate and thyroid screening incurs, the conventional medical establishment counts these overdiagnosed cases as treatment successes (‘live saving’), despite the untold harm, physical and psychological, these diagnoses and subsequent unnecessary treatments exacted on their victims. This unethical ‘oversight’ resulted in expanding the number of ‘cancer survivors’ far beyond those who were actually ‘saved from cancer.’

Considering that the primary cancers afflicting women (breast) and men (prostate) are the most overdiagnosed, the truth is that this report falsely represented the data, essentially covering up the medical tragedy, or worse, malfeasance that still goes on daily in thousands of hospitals around the world. After all, the profit generated by diagnosis and treatment of ‘cancer’ far exceeds most other disease diagnoses. 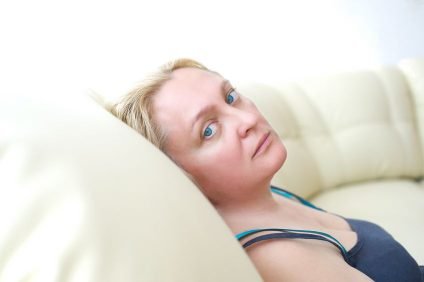 The report did acknowledge the extremely high survivorship rates of those diagnosed with so-called ‘early stage’ (aka localized) breast cancer:

“The 5-year relative survival rate for women diagnosed with localized breast cancer is 98.6%”

Why is that? One view is that localized (i.e. ductal carcinoma in situ) isn’t breast cancer at all, and therefore the relatively high 98.6% survivorship reflects the fact that these woman aren’t surviving cancer at all, rather, they survived an unnecessary treatment for an intrinsically benign condition. They are, in essence, surviving medical abuse motivated by shameless profiteering (e.g. breast cancer industry and cancer drug manufacturer funded pinkwashing campaigns to promote ‘early detection’ via mammography screening that result in converting healthy women into patients without proper biological justification).

The propaganda evidenced by this report, and the mainstream media amplifications of it, are extremely misleading. Trillions of dollars of liability rests on the shoulders of the conventional cancer industry for falsely diagnosing and (i.e. abusing) women and men with cancers they never had. Additionally, those who have fallen victim to unnecessary treatment often suffer from Stockholm syndrome, identifying with their aggressors, and then becoming willing brand ambassadors of ‘early detection’ via pinkwashing styled fund-raising campaigns (e.g. Susan G. Komen marches) to fear, for instance, other healthy, asymptomatic women into subjecting their breasts to highly carcinogenic x-ray wavelengths in the interest of ‘finding cancer early.’

In a world dominated by what can only be described as violent, almost pornographic marketing copy, e.g. Susan G. Komen sponsored PINK fracking drill bits, and KFC ‘Buckets for the Cure,’ it is the responsibility of all of us to take back control of our health and read behind the increasingly absurd mainstream news headlines. If you believe your breasts, prostate, thyroid, or whatever body part is increasingly targeted for cancer screening, are more than just an inevitable locus of carcinogensis, please join the growing movement to take back control of your health, starting with acknowledging that with clean food, water, and air, health is obtainable and your birthright.

Learn about authentic cancer solutions by watching the Functional Forum video (2 hour long) on ‘The Evolution of Oncology,’ featuring a panel discussion with our founder, Sayer Ji, at 48:00: 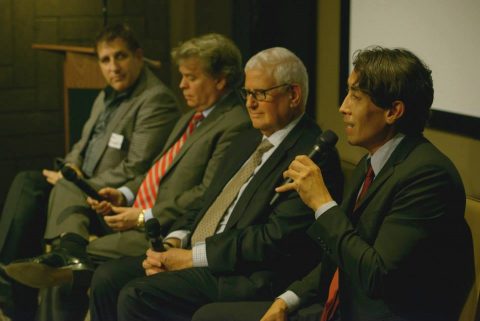