Prepare For Change
Home Education Carotenoids and omega-3s are crucial for healthy eyes, one of the most... 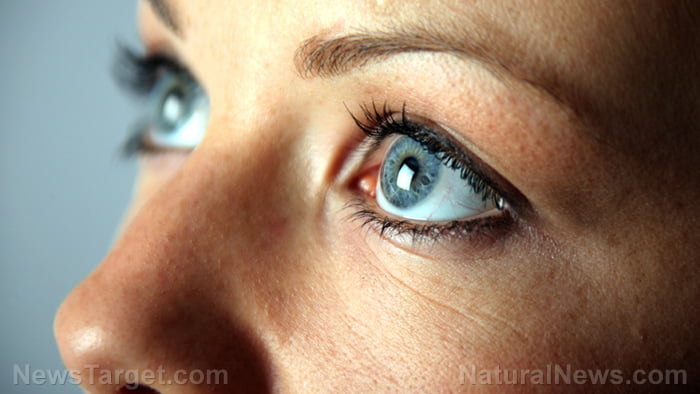 Foods rich in carotenoids aren’t the only things that can boost eye health, according to Dr. John Paul SanGiovanni, a federally funded researcher who specializes in the topic. It looks like foods that contain omega-3 fatty acids are also beneficial for optimal vision.

SanGiovanni is the chief of the unit on Genetics in Nutritional Neuroscience in the Laboratory of Membrane Biophysics and Biochemistry, National Institute on Alcohol Abuse and Alcoholism, a division of the National Institutes of Health. His research regarding eye health has been cited over 12,000 times.

As per SanGiovanni, both docosahexaenoic acid (DHA) and eicosapentaenoic acid (EPA) are needed by the retina, which is one of “the most metabolically active tissues in the body.” DHA is an omega-3 fatty acid that is a major structural component of the brain, cerebral cortex, retina, and the skin. Meanwhile, EPA, another omega-3 fatty acid, can be found in oily fish or fish oil.

While it is common knowledge that the macular carotenoids, mainly lutein and zeaxanthin, are mostly found in the retina through a dedicated transporter, they are also found in the tissue at orders of magnitude higher than in other body parts. SanGiovanni added that it isn’t as well-known that large amounts of DHA can also be found in the retina. DHA is important because it helps maintain healthy cell membranes, which is the site of many subtle reactions in the highly charged metabolic environment. (Related: Carotenoids in veggies and fruits improve eyesight and prevent eye diseases.)

He shared that DHA concentration in the human retina is much higher compared to other tissues. At least 60 percent of the lipids in the retina are DHA. SanGiovanni said that a very fluid membrane is necessary for cell signaling and that DHA has the crucial characteristic that allows proteins which are in the membrane move.

SanGiovanni explained that research, which was done in as early as the mid-1990s, have shown that individuals with lower risk of age-related macular degeneration (AMD) had higher DHA levels in their blood.

AMD is a common eye condition that individuals aged 50 or older may develop. AMD is the leading cause of vision loss.

Newer studies examined intake versus status, and results reveal that people whose diets contained more DHA and EPA have an estimated 30 to 40 percent lower chance of developing AMD. SanGiovanni added that this finding has been corroborated at least ten times in other studies.

He said that for EPA, the essential fatty acid doesn’t have the same structural role in cell membranes like DHA. He did note that EPA is still required so cell signaling can function properly since the process needs instantaneous cell response.

EPA is also a precursor for several crucial antioxidant molecules that help manage inflammation. Because the retina has a supercharged metabolism, a large amount of oxygen is turned over every second and this can result in an increase in the excess amounts of reactive oxygen species.

Natural sources of carotenoids and omega-3s

Carotenoids are pigments synthesized by various algae, photosynthetic bacteria, and plants. They are responsible for the bright orange, red, and yellow colors in fruits, plants, and vegetables.

Carotenoids are antioxidants, and there are over 600 different types. These antioxidants can be transformed into vitamin A once released into the body. Some common types of carotenoids include:

Foods that contain carotenoids include:

Learn more about carotenoids, omega-3 fatty acids, and other phytonutrients that support eye health at Nutrients.news.