Prepare For Change
Home ARCONTES Aspartame: Putting the DIE Into Dieting Since 1981 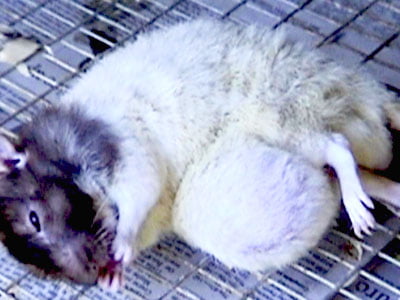 Pushed globally as a beneficial to dieters since its approval in 1981, accumulating research indicates that aspartame may actually damage the brain and cause cancer, to name but a few of a wide range of adverse health effects consumers risk by using this ‘no-calorie’ sugar alternative.Google “aspartame” and you will find http://www.aspartame.org/ on the first page search results.  Billing itself as an ‘Aspartame Information Center,’ this website opens with “The Benefits of Aspartame,” discussing how as a ‘low-calorie’ sweetener aspartame helps consumers with weight control, diabetes and the prevention of tooth decay. The website is the creation of an organization calling itself the Calorie Control Council (CCC), a non-profit association established in 1966 whose public mission is “…to provide an objective channel of scientific-based communications about low-calorie foods and beverages, to assure that scientific and consumer research and information is made available to interested parties.”

Ironically, Aspartame.org contains virtually no reference to primary scientific literature, rather, opts for an appeal to authority, listing a series of “Expert Opinions” on the presumed safety of aspartame.  Examples include “Science Experts,” e.g. American Diabetic Association, “Consumer Experts,” e.g.  Snopes.com, “Regulatory Experts,” e.g.  FDA, and even lists its own sponsoring organization – the CCC – as an example of an “Industry Expert,” even though its mission statement clearly identifies itself as a propaganda arm of the global low- and reduced-calorie food and beverage industry:

“The Council’s mission is to foster industry growth and vitality by reinforcing and expanding the Calorie Control Council’s role as a globally trusted authority on the safety and benefits of ingredients, foods, and beverages to facilitate the control of calories.” [emphasis added]

Of course, there is no mention of the dozens of adverse health effects linked to aspartame in the peer-viewed biomedical literature itself, and which GreenMedInfo.com indexes and provides free access to in order to provide a non-industry sponsored Aspartame Information Center.

Before we look at some of the science on aspartame’s toxicity that the industry would like consumers to overlook, let’s first debunk the primary claims put forward by the CCC’s website about aspartame’s presumptive health benefits.

Is Aspartame a Boon for Diabetics and the Overweight?

According to the CCC’s website, aspartame is good for maintaining a healthy weight and for satisfying the diabetic’s sweet tooth “without affecting blood sugar.” And yet, one of the characteristic issues with all non-nutritive sweeteners is that when you separate caloric content from the taste of sweetness you ‘short circuit’ one of the most ancient, hard-wired physiological pathways in the human body. After millions of year of evolution, our bodies were designed to anticipate the immediate availability of a simple carbohydrate (i.e. “sugar”) following the sensation of sweetness, and indeed, it automatically produces gastric secretions when tasting sweetness in what is known as the cephalic phase (cephalic = “head”) of the act of eating, the initial phase before food enters the stomach involving taste, smell, thought, etc., which accounts for approximately 20% of the gastric secretions associated with eating a meal. This means that aspartame’s intense sweetness will cause the release of neurochemicals such as dopamine and pancreatic hormones such as insulin, that latter of which signals the cellular upregulation of glucose intake. If no glucose is available, this could result in hypoglycemia and/or elevated levels of insulin, further stimulating appetite and molecular processes associated with fat-storage. This same effect may help to explain why Splenda (sucrlose) was recently found to have diabetes-promoting properties. [1]

Non-nutritive sweeteners, therefore, are not ideal weight control or diabetes aids. They could be considered endocrine disrupters, due to the way in which they disrupt the normal release of hormones like insulin, and likely contribute to insulin resistance, as well as stimulating the release of various neurochemicals that could produce addictive behavior and/or over-eating.  In fact, a 2012 study published in the journal Appetite actually found that saccharin and aspartame, compared with sucrose, induce greater weight gain in adult rats, at similar total caloric intake levels.[2]

Is Aspartame Good for your Teeth?

One of the primary reasons why consumers seek out sugar alternatives is because of the well-known increase in dental problem such as cavities in those who consume sugar-sweetened products.  While aspartame is less cariogenic than sucrose, recent research published in the journal Archives of Oral Biology indicates that it does in fact contribute to the demineralization of enamel through both stimulating acidity and bacterial biofilm formation.[3]  There is, therefore, no real scientific credibility to the CCC’s website claim that “Aspartame Does Not Promote Tooth Decay.”

Now that we have debunked two prevailing myths associated with aspartame’s perceived “benefits,” let’s move to a few of its known harms.

In 2006, the Cesare Maltoni Cancer Research Center of the European Ramazzini Foundation of Oncology and Environmental Sciences released a study which revealed that aspartame can induce a wide range of malignancies in rodents, including lymphoma and leukemia, concluding that aspartame is a potential carcinogen at doses much less (20 mg/kg bw) than the current acceptable daily intake (ADI) for humans in Europe (40 mg/kg bw) and in the United States (50 mg/kg bw). .[4]

A follow-up study published in 2007 confirmed and reinforced aspartame’s “multipotential carcinogenicity” at a dose level close to the ADI for humans, including the discovery that fetal exposure results in increasing its carcinogenic effects later in life.[5]

More recently, a 2012 study published in the American Journal of Clinical Nutrition, which assessed dietary pattern data from the Nurses’ Health Study (NHS) and Health Professionals Follow-Up Study (HPFS), found that men who consumed 1 or more servings of diet soda a day had on average a 31% increased risk of non-Hodgkins lymphoma and 102% increased risk of multiple myeloma, in comparison to men without diet soda consumption.

Finally, this year, a study published in the Polish medical journal Folia Neuropathologicadiscussed a commonly overlooked aspect of aspartame’s carcinogenicity. Aspartame, which the researchers describe as a “highly hazardous compound,” produces a metabolite known as diketopiperazine, which they described as contributing to the formation of tumors in the central nervous system such as gliomas, medullobastomas and meningiomas.[6]  Indeed, the hypothesis that increasing brain tumor rates in the US may be linked to increasing aspartame consumption goes all the way back to 1996 in the biomedical literature.[7]

The reality is that all the peer-reviewed and published scientific research in the world either for or against aspartame’s safety will not take away the most fundamental fact of toxicology: 10% of aspartame breaks down into methanol, a highly toxic compound, which itself is oxidized to the carcinogenic substance formaldehyde. It has also been hypothesized that oxidative stress caused by hydrogen peroxide release during catalase-induced metabolism of methanol to formaldehyde may contribute to aspartame’s  carcinogenicity.

For an excellent analysis of how the aspartame metabolite methyl alcohol (methanol) causes far greater bodily harm than previous animal research has demonstrated, read “Toxicology Expert Explains Why Aspartame is so Dangerous to Your Health” on Mercola.com.

One of the most well known problems with aspartame is that it contains 40% aspartic acid by weight, which after being ingested, metabolized and released in its free form, can generate excitotoxicity, meaning it is capable of stimulating neurons to the point of cell death. Plenty of animal research has demonstrated that aspartame caused brain damage and cognitive issues,[8] and preliminary human research indicates that fibromyalgia patients may see improvement when removing this excitotoxin from their diets.[9] [10]  For more information on the brain-damaging potential of aspartame read our article: Aspartame: Safety Approved in 90 Nations, But Damages Brain.

Beyond cancer-promoting and brain-damaging properties, aspartame like any chemical that does not belong in the human body is just another avoidable chemical exposure that we should go to great lengths to eliminate, as it will likely contribute to the entire gamut of diseases that commonly afflict opulent societies who rather than reduce the over consumption of nutritive sweeteners would rather attempt to trick and/or poison themselves with non-nutritive ‘alternatives.’  For more information on aspartame’s adverse health effects go to our research page on the topic: http://www.greenmedinfo.com/toxic-ingredient/aspartame

When it comes to dieting, stick with the moderate consumption of naturally sweet foods, especially high-quality, organically-produced fruits. There are also sweet substances, such as honey, xylitol and even stevia, that may provide a natural alternative to synthetic/artificial sweeteners. But be forewarned, even natural low- or no-calorie sweeteners may participate in unintended, adverse consequences of divorcing caloric content from the sensation of sweetness, subsequently stimulating appetite ‘back lash.’

As long as we remember that no form of dieting is worth dying for, and try to stay away from ‘tricking’ our body into thinking its getting something its not, we should be able to reach our ideal weight by exerting a good balance of patience and discipline with ourselves.