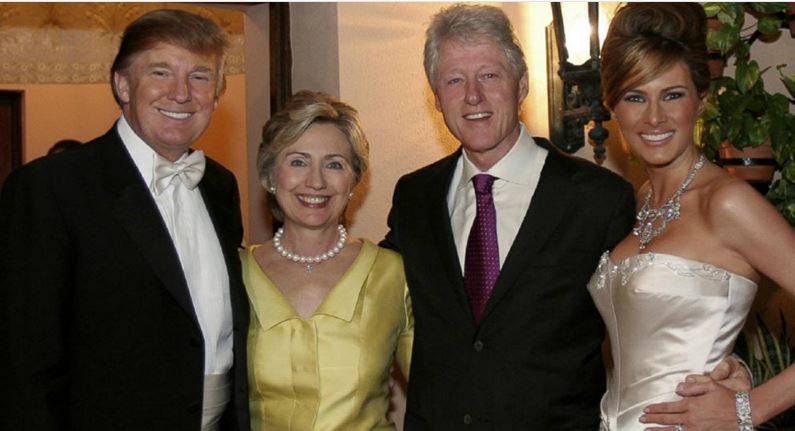 “As long as we are focused on fighting each other over the right/left divide, the elite 1% who control and manipulate both sides of this equation laugh all the way to the bank.”

Remember the banking scandals and financial meltdown of 2008? For the first time, the secret manipulations of the “banksters” were blatantly exposed for all to see. In a historic first, people around the world became more focused on exposing the greed and corruption of the elite 1% than on fighting against each other in the longstanding liberal vs. conservative divide.

Divide and conquer is a tactic that has been used successfully by the power elite of the world for many centuries.

As long as we are focused on fighting each other over the right/left divide, the elite 1% who control and manipulate both sides of this equation laugh all the way to the bank. As long as we ignore the decisive hidden role of the 1%, the conflicts and wars they’ve created continue to rage on, killing countless civilians, creating countless more refugees, and generating countless billions of dollars in profits for themselves.

Notice what happened with Trump’s election. Whether you supported or opposed him, most people were deeply entrenched in their viewpoint. Those who opposed Trump despised him and his followers. Those who supported him despised those who didn’t. This intense polarization has largely continued, so that now we find ourselves more polarized than with any other president.

Did We Forget About the Banksters?

What happened? In less than 10 years, we forgot all about the banksters and the 1% who manipulate from behind the scenes to keep us fighting against each other. Whether you support or oppose Trump, the vast majority of people have fallen into the old trap of us vs. them which only leads to more of the same. We find ourselves more than ever wedded to our liberal or conservative viewpoints, while the 1% breaths a sigh of relief and watches their bank accounts balloon once again.

Consider that no matter who is president, the elite and their heartless war machine win. Both Obama and Trump made emphatic campaign promises to get us out of the entangling wars in which we find ourselves. Yet look what happened once they ascended to the office of president. Within a very short period of time, they both became big supporters of war and the military industrial complex.

Trump promised to “drain the swamp” of the banksters, giving the appearance of being a champion against the 1%. Yet once elected, he appointed numerous heads of the megabanks, Wall Street insiders, and other members of the 1% to his cabinet. The 1% quickly brought him in line with their profiteering agenda by filling the advisor positions around him, just as happened with Obama.

Obama was elected on a platform of bringing peace to our world. The year after he was elected, he won the 2009 Nobel Peace Prize. Yet did he actually create peace? At the close of his second term, the Los Angeles Times published an article titled “President Obama, who hoped to sow peace, instead led the nation in war.” One quote from that article: “U.S. military forces have been at war for all eight years of Obama’s tenure, the first two-term president with that distinction. He launched airstrikes or military raids in at least seven countries.” And in 2015, BBC published an article with the title “Nobel secretary regrets Obama peace prize.”

Quagmires in the Middle East

Donald Trump during his campaign for president vowed to get us out of the quagmires in the Middle East, yet now he is pushing to further bloat the military budget and even steering us towards war with North Korea. Before the election, he repeatedly claimed Saudi Arabia was behind 9/11. Yet once elected, he pushed through weapons sales of $500 million to the kingdom, which by the way, until this week was the only country that didn’t allow women to drive. His embrace of the Saudi regime is evinced by the 83 gifts he has accepted from them, some quite lavish.

Can you see what’s happening here? Every U.S. president, whether Democrat or Republican, learns quickly that if they go against the military-industrial complex, they will end up like John F. Kennedy or Martin Luther King, Jr. The power elite control both the left and the right. They know that as long as they keep us in fear and fighting against each other, they can more easily manipulate us as they continue to accumulate ever more money and power. So it only makes sense that they will do all they can to keep our attention focused away from the 1% and back to the right/left divide which serves them so well.

As long as we continue fighting against each other rather than working together to expose the corrupt manipulations of the elite 1%, the wars and destruction will rage on. I invite all of us in our conversations and in our actions to look where we fall into the right/left trap, to do our best to understand and have compassion for our differences, and to see where we can bring our focus back to exposing the corruption and manipulations of members of the 1% who are pulling the strings from behind the scenes around the world.

If we the people can change the focus of the debate from horizontal to vertical, from us versus them to the 99% versus the 1%, we can then get down to the work of making a real difference in building a brighter future for all of us and for the many generations to come.

With best wishes for a transformed world,
Fred Burks for PEERS and WantToKnow.info
(Former White House interpreter and whistleblower)

Source for this article:   WantToKnow.info.