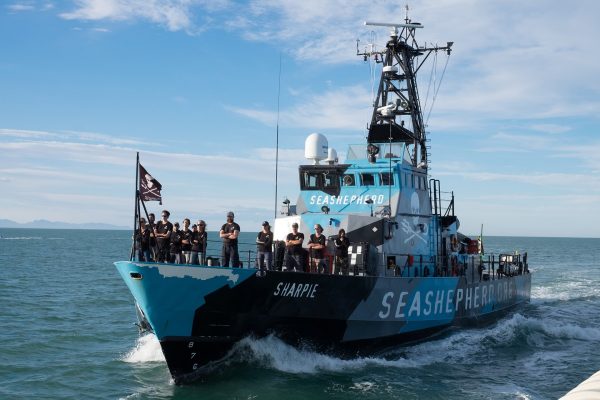 Sea Shepherd returns to the Sea of Cortez to resume patrols protecting the critically endangered vaquita porpoise for the fifth season. 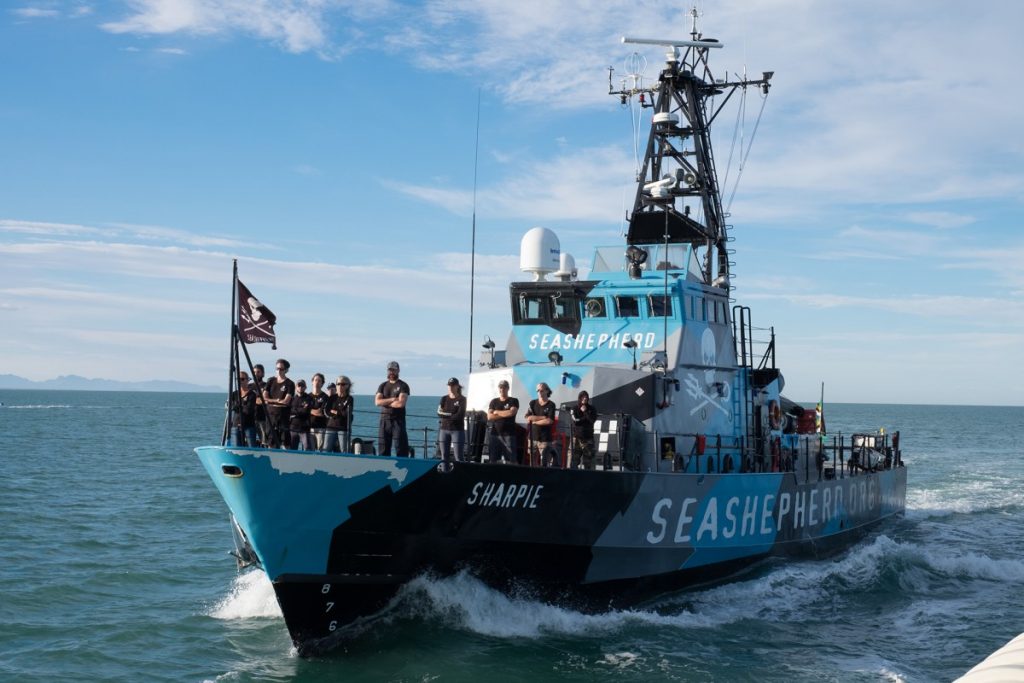 San Felipe, Mexico – August 20th, 2018 – Sea Shepherd vessel the M/V Farley Mowat has arrived in the Upper Gulf of California in order to start Operation Milagro early this year.  In previous years, the campaign has started as the totoaba fish returns from its migration to the vaquita habitat, around early November.  Due to the critical state in which the vaquita porpoise species finds itself – currently the most endangered marine mammal in the world – Sea Shepherd is back earlier this season, with renewed strength to apply its proven techniques to protect the smallest porpoise in the world.

“There is work to do to ensure the vaquita survives. Sea Shepherd will start removing inactive totoaba fishing gear, also known as ghost nets and we will come across occasional active nets this early in the season,” said Sea Shepherd Director of Marine Operations and Campaigns Captain Locky Maclean. “We are also ensuring no fishing is taking place inside the protected area and preventing poaching activities by patrolling the area with our partner agencies from the Mexican Government on-board.”

The last study released showed that less than 30 vaquita were alive. Scientists have not published a new estimate in two years.

Sea Shepherd is launching Operation Milagro V, the fifth season the marine conservation group will use direct-action tactics to protect the vaquita. Milagro is the Spanish word for miracle- an appropriate name given that when the campaign began, there had been no registered vaquita sightings in two years.  Many people were saying the marine mammal was already extinct.  The Sea Shepherd team sighted and recorded a vaquita in early 2015. This happened as the Mexican government renewed its commitment to protect this endemic species and a partnership was born.

Since then, Sea Shepherd has developed the only proven method to date to conserve the small porpoise alive:  the removal of illegal fishing gear from its habitat.

The reason for the rapid decline of the vaquita is the poaching of the totoaba fish.  After the totoaba was harvested to near extinction in the mid-seventies, its fishing was banned.

Recently, however, it was discovered that the totoaba closely resembled a Chinese endemic croaker, which was critically endangered due to the demand for its swim bladder. This resulted in the start of huge amounts of illegal fishing for the totoaba in search of the swim bladder, believed to have medicinal properties. This doomed not only the fish, but even more tragically, the vaquita.  The two species are of a similar size and during the totoaba spawning season, they inhabit the same exact location. This results in the death of the vaquita from the fishing nets, known as gillnets, laid to catch the totoaba.

While vaquitas used to fall prey as bycatch from fishing for shrimp and fin fish, they are now victims of the gillnets made precisely to catch a fish the same size as the vaquita.

These nets, in combination with the insatiable demand for the swim bladders in China, and the obscene value poachers can sell these bladders for – allegedly a poacher can make $2,500 per totoaba bladder, which will sell for $20,000 in Asian black markets-  create a challenge the vaquita and the totoaba have never seen before.

It is therefore critical that Sea Shepherd is there to remove illegal nets and free marine wildlife.

The Mexican government has made an unprecedented effort to save their native species, dedicating a large part of the navy, the army and several other governmental institutions to solve the issue.  It is no small task and Sea Shepherd has witnessed the efforts of hundreds of people working together to protect the vaquita. Sea Shepherd works in partnership with Mexico to remove the illegal fishing gear from the vaquita habitat and provide information and expertise advice to the authorities.  The conservationists also provide important data to scientists and work with the community to move away from unsustainable industries and promote conservation.

Sea Shepherd has removed 808 illegal pieces of fishing gear since we began our operations. This has cost the poachers an estimated $857,779 USD just in lost fishing gear..  Sea Shepherd has saved 3069 animals, including one humpback whale, 88 critically endangered totoaba fish, one critically endangered pacific leatherback turtle and 21 sharks. Those numbers do not include the hundreds of animals saved by the removal of the nets and other fishing gear before the animals become entangled.

However, protecting the vaquita from illegal activity is no easy feat. Sea Shepherd has had a drone shot down as well as shots fired at one of the ships.

“If Sea Shepherd had not been present in the Sea of Cortez, the vaquita could be extinct by now,” said Captain Paul Watson, founder and CEO of the conservation organization.  “Each year we become more efficient at the task of protecting the vaquita porpoise.”

“Last year alone, we removed more fishing gear than we had in all previous years combined.  For Milagro V, we have a new vessel with better capabilities to remove nets being fitted for campaign right now.” Continued Captain Watson, “For all the people saying there is no hope for the vaquita, we disagree. We will keep fighting for her, and we will fight harder than ever. I encourage all of you to join us.”

The campaign has no end date, as the need to keep a tight watch on the vaquita porpoise becomes even more urgent. Sea Shepherd undertook what it takes to pull the species back from the brink of extinction: a presence in the Upper Gulf of California, patrolling the vaquita habitat and removing the threats that kill the porpoise.