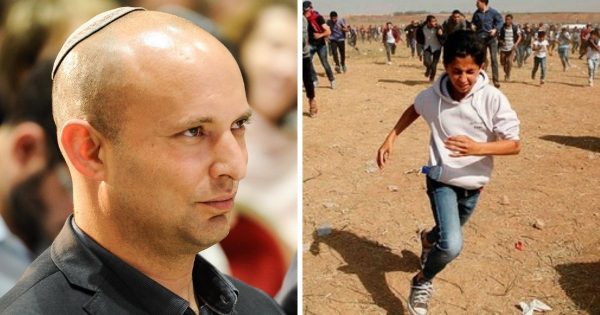 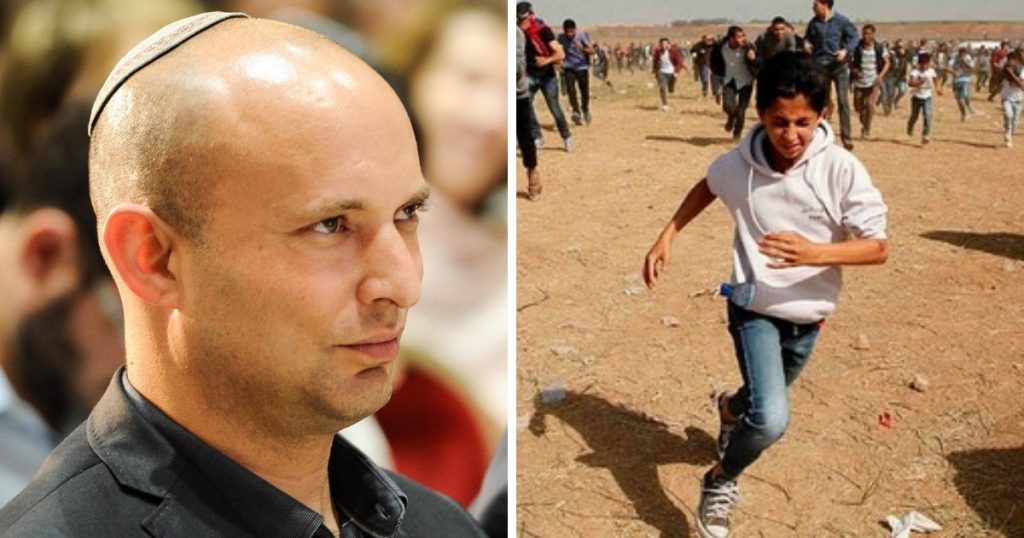 Israel’s Education Minister Naftali Bennett said yesterday that he would impose a “shoot to kill” policy in Gaza, including against Palestinian children.

Bennett made the comment on Israel’s Army Radio after he was asked what he would do differently if he were the defence minister. Bennett replied:

Bennett was then asked if he would also instruct the Israeli army to adopt a shoot to kill policy against Palestinian children, to which he replied: “They are not children — they are terrorists. We are fooling ourselves,” the Times of Israel reported.

His approach would not be limited to Palestinians trying to break Israel’s 11-year siege of the Strip, but also to those who launch so-called incendiary balloons and kites from the enclave. Bennett emphasised:

“Tactically, we need to shoot those who send arson balloons from Gaza. We did not deal with the problem when it was small […] We will do what we should have done half a year ago, only with interest.”

Bennett’s comments come against the backdrop of an ongoing feud with Israel’s Defence Minister, Avigdor Lieberman. Last week Bennett, who is also the leader of the religious-Zionist Jewish Home party, accused Lieberman of “weakness” for engaging in ceasefire talks in Gaza. Bennett claimed that “the terror is continuing at the expense of the security of [Israeli] residents thanks to Lieberman’s policy of restraint and weakness”. He continued: “This is how a policy of failure looks […] The current situation is a direct result of Lieberman’s policy toward Gaza.”

This is not the first time Bennett has made extreme comments and advocated for violence against Palestinian children. In July, he said that Israeli warplanes should drop bombs over the heads of Palestinian children flying kites into Israel. Speaking during a meeting of the Israeli Security Cabinet, Bennett stressed that “there is no legal impediment.”

“Why shoot next to them and not directly at them? These are terrorists for all intents and purposes.”

Israel had pursued a particularly heavy-handed policy in the besieged Gaza Strip over the past six months in an attempt to contain the Great March of Return, which has been ongoing since March. According to figures from the UN’s Office for the Coordination of Humanitarian Affairs in the occupied Palestinian territories (OCHAoPt), 205 Palestinians have been killed and over 21,000 injured since 30 March. Among the dead are 38 children.

Attempts to broker a ceasefire between Hamas, the group which governs the Gaza Strip, and Israel have thus far failed to quell the protests and Israel’s violent response. The Palestinian Authority (PA) has been accused of undermining the efforts to reach a truce, with PA President Mahmoud Abbas threatening that Hamas will “suffer the consequences” if it does not hand over the Gaza Strip.