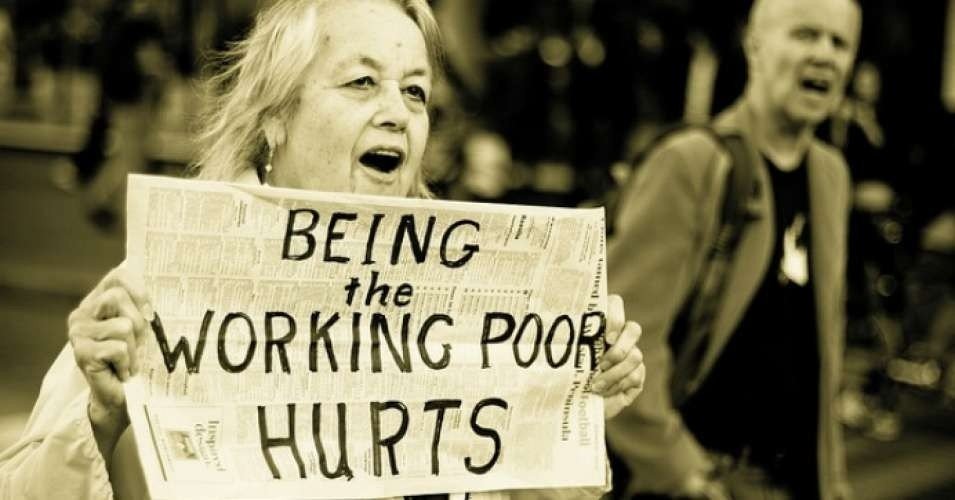 The root of the problem is the condemnation of anything ‘social’ as un-American, which has helped modern-day capitalists to justify their belief in individual gain by any means

The original Capitalist Manifesto was a 1958 book by economist Louis O. Kelso and philosopher Mortimer J. Adler. In their view of a properly conducted democratic capitalist society, a sort of modern-day Homestead Act was envisioned, in which all Americans would participate in the “capitalist revolution” of growing stock portfolios. This would be possible because of great technologies (energy in the 1950s, AI now) that would allow all of us, in Aristotelian and Jeffersonian property-owning ways, to become ‘free’ to pursue the arts & sciences and to enjoy more leisure time. Today, this form of democratic capitalism could be realized through the Employee Stock Ownership Plan promoted by the “Just Third Way” movement.

Just one problem. Apparently, in 1958, economists and philosophers were not able to foresee the unlimited greed of the relatively few people with the power to manipulate the strings of the capitalist state. They thought the newly productive post-war capitalists were being cheated by workers who depended on socialist strategies to even the score. But the opposite has happened. Average Americans have been cheated out of the gains from technological productivity. Just in the past ten years in our world of big business, over $30 trillion — nearly a third of our nation’s TOTAL current wealth — has gone to the richest 10% of Americans. Yet market-happy illusionists like the Wall Street Journal keep spouting nonsense about a healthy economy built on today’s capitalism.

The root of the problem is the condemnation of anything ‘social’ as un-American, which has helped modern-day capitalists to justify their belief in individual gain by any means. Wealthy conservatives know that social responsibility might take away some of their riches by providing opportunities and jobs and a decent standard of living for all Americans. In their minds, the poor have only themselves to blame for being poor, and for dying. But it is capitalism that is killing them. The Capitalist Manifesto has been twisted into an assault on poor people.

Politicians and Plutocrats Stand By as People are Poisoned

What is the capitalist incentive to clean the water in Flint, Michigan? Little money is to be made, so little effort is made to save lives. People are DYING because there’s no market for profit-making.

From a global perspective, the dangers of poisoning and death from pollution are magnified many times over. There were 1.5 billion people in 1900, there are 7.6 billion now, and 11 billion are anticipated by the year 2100. Scientists predict dangerous increases in respiratory and infectious diseases, malaria, meningitis, typhus, and cholera. And global food shortages. Instead of working in a cooperative manner to encourage self-sufficient small farms around the globe, industrial behemoths like Monsanto and DuPont are positioning themselves for a chemical assault on our food supplies.

Millions are without Health Care—for Many Americans that Means Death

Over 30 million Americans are without health insurance in our business-driven, capitalist society. The American Journal of Public Health flatly states, “Numerous investigators have found an association between uninsurance and death…Our estimate for annual deaths attributable to uninsurance among working-age Americans is more than 140% larger than [the Institute of Medicine’s 2002 study].”

One of the most disturbing examples of individual disdain for society is the opioid epidemic. Purdue Pharmaceutical executives admitted to the felony charge of lying about their product’s addictive qualities, but no one went to jail. In a six-year period to follow, other Big Pharma dealers, including AmerisourceBergen and McKesson, distributed nearly a billion pills to West Virginia alone.

Social responsibility especially implies caring for our young people and the elderly. For the latter, see below. For young adults, one of every five deaths in 2016 involved opioid addiction. The great majority of heroin users started with prescription painkillers. But our social responsibility seems to dissipate under the cloud of individual-centered capitalism. Despite a doubling of opioid overdose deaths in six years, millions of people live in counties without a licensed provider of the drugs needed for treatment.

As social beings, we empathize with the opioid sufferers, but in a profit-driven world in which the victims rather than the predators are blamed for their own bitter misfortunes, the empathy is muted. Social consciousness would correct that. But that won’t happen as long as the media is promoting individual (human and corporate) gains over collective, cooperative efforts to restore our country to health.

Bankruptcies are Surging, and so are Suicides

The percentage of elderly Americans filing for bankruptcy is three times what it was in 1991. Individualism over social consciousness is much to blame. A study by the Social Science Research Network found that the shift from employer and government pensions to individuals has increased risk while exacerbating stress. Meanwhile, much of the stress for working people comes from the 40-year stagnationin wages. “Deaths of despair” from drugs and alcohol and suicide are on the rise. For those who make up the poorest 60% of America, premature deaths are up 20 percent since the turn of the century, and the economic suicide rate has risen dramatically.

Life expectancy for the poorest classes in America is now equivalent to that of Sudan or Pakistan.

Yet business-minded conservatives are trying to make it harder for these most vulnerable of Americans to survive. Medicaid work requirements and drug testing are two of the proposed or implemented hardships reserved just for poor people.

The True Meaning of Socialism

In the worst moments of the hurricanes that keep hitting American cities, members of government and business and military and especially the public abandon thoughts of personal gain and dedicate themselves to the needs of fellow human beings. People around the nation pitch in, through their labors and donations; neighbors and first responders rescue trapped victims; the Red Cross and other charitable organizations, including many local churches, deliver food and supplies and medicine; GoFundMe initiatives are set up; the business community donates their goods and services; governmentofficials remain focused on the people they were elected to represent; even the military contributes with rescue helicopters. No one seems to care about the skin color or religion or politics of those in need.

It takes a tragedy to reveal the true meaning of socialism. It’s not government control, but rather people controlling their own lives through empathy and cooperation.

Paul Buchheit is a college teacher, an active member of US Uncut Chicago. His latest book is, Disposable Americans: Extreme Capitalism and the Case for a Guaranteed Income. He is also founder and developer of social justice and educational websites (UsAgainstGreed.org, PayUpNow.org, RappingHistory.org),  and the editor and main author of “American Wars: Illusions and Realities” (Clarity Press). He can be reached at paul [at] UsAgainstGreed [dot] org.