Prepare For Change
Home ARCONTES In first, US endorses Israeli occupation of Golan, votes against 9 anti-Israel... 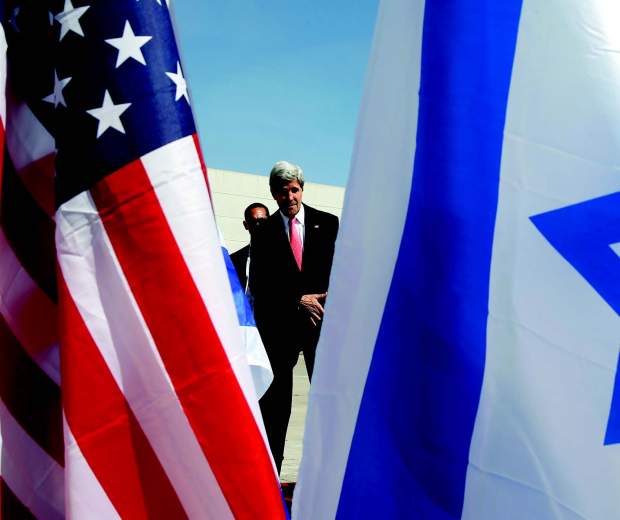 The US has, for the first time, endorsed the Israeli occupation of the Golan Heights by voting against an annual UN resolution that condemned the occupation and was unanimously approved along with several other resolutions against Tel Aviv.

The resolution titled “The occupied Syrian Golan,” adopted on Friday with 151 votes in favor, two against (Israel and the US), and 14 abstentions, condemns Israel for “repressive measures” against Syrian citizens in the Golan Heights.

The resolution, which was adopted during the 73rd session of the UN General Assembly’s Special Political and Decolonization Committee (Fourth Committee), expresses deep concern that the Syrian Golan, occupied since 1967, has been under continued Israeli military occupation.

The non-binding annual resolution takes issue with the “illegality of the decision” taken by Israel “to impose its laws, jurisdiction and administration on the occupied Syrian Golan,” which is illegal under international law.

The US’ vote against the annual resolution signaled a dramatic shift in Washington’s policy toward the territory, as it used to abstain in previous cases. The administration of Donald Trump had announced its changed policy ahead of the vote.

“If this resolution ever made sense, it surely does not today. The resolution is plainly biased against Israel,” outgoing US Ambassador to the UN Nikki Haley said in a statement.

During the debate, Syrian envoy Bashar al-Jafari vowed that Damascus would recapture the heights by peace or by war.

Israel seized the Golan Heights from Syria during the 1967 Six-Day War and has continued to occupy two-thirds of the strategically-important territory ever since, in a move that has never been recognized by the international community.

Tel Aviv has also been pressing the US administration under Israel-friendly President Trump to recognize its claim to sovereignty over the occupied territory in defiance of international law.

Syria has repeatedly reaffirmed its sovereignty over the Golan Heights, saying the territory must be completely restored to its control.

Eight other resolutions against Israel

The resolution on the occupied Syrian Golan was one of the nine separate resolutions which condemned the Israeli regime.

Through these resolutions, the UN reinforced the mandate of its Relief and Works Agency (UNRWA), and renewed the mandate of its “special committee to investigate Israeli practices affecting the human rights of the Palestinian people and other Arabs of the Occupied Territories.”

Other resolutions included “Palestine refugees’ properties and their revenues”, “Persons displaced as a result of the June 1967 and subsequent hostilities”, “Applicability of the Geneva Convention… to the Occupied Palestinian Territory…”, and “Operations of the United Nations Relief and Works Agency for Palestine Refugees in the Near East”.