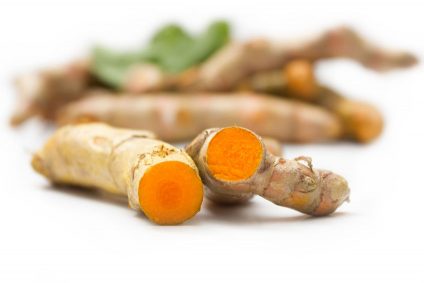 Many diabetics already know about the benefits of a low-glycemic diet and the need for regular exercise, but why haven’t they heard about turmeric, one of the world’s most extensively researched anti-diabetic plants?A recent literature review published in the International Journal of Endocrinology and Metabolism titled, “Anti-Hyperglycemic Effect and Insulin Sensitizing Effects of Turmeric and Its Principle Constituent Curcumin,” adds promising new support to the notion that the ancient Indian spice turmeric may provide an ideal drug alternative to treating and perhaps even preventing type 2 diabetes, which has become of the world’s most prevalent diagnoses.The study reviewed research published between 1998 to 2013 that indicates the active polyphenol in turmeric known as curcumin may provide an ideal intervention for type 2 diabetes, capable of mitigating characteristic pathophysiological hallmarks of the disease such as elevated blood sugar (hyperglycemia) and insulin resistance.

Nineteen of the studies reviewed were cell (in vitro) and animal (in vivo), all which showed beneficial effects.  Five of the studies were human clinical trials using turmeric or curcumin, three of which were performed in those with either diabetes or prediabetes.

Amazingly, the animal and cell research literature review concluded that curcumin could improve the type 2 diabetic state through 10 distinctly different mechanisms, such as:

The human clinical research conducted on diabetic and pre-diabetic patients revealed that curcumin had the following beneficial effects:

One of these studies is especially worth highlighting, as it found a turmeric extract was highly effective in preventing the development of diabetes within pre-diabetic subjects. The study published in 2012, in the American Diabetic Association’s own journal, Diabetes Care, and titled, “Curcumin extract for the prevention of type 2 diabetes,” found that the administration of six capsules containing 250 mg of curcumin daily for 9 months was 100% effective at preventing the development of type 2 diabetes in prediabetics; more specifically: “16.4% of the subjects in the placebo group were diagnosed with T2DM, whereas none were diagnosed with T2DM.”

Observed effects like these are extremely promising when viewed within the context of the highly dismal pharmaceutically-based standard of care. For instance, oral anti-diabetic drugs like metformin are notorious for their serious side effects. They often lower blood sugar, generating the surface appearance of physiological normality, e.g. blood sugar within range, but actually increase morbidity and mortality. With the possibility of deadly side effects, we need natural, safe, affordable and easily accessible alternatives like turmeric now more than ever.

Moreover, despite the well known problem of insulin resistance in type 2 diabetes, recombinant or genetically modified insulin is often used in these patients – a highly illogical and irresponsible approach, and which is endemic to a medical paradigm that does not seek to identity for resolve root causes of disease. A small, but highly concerning recent clinical study found that insulin accelerated the progression of type 2 diabetes, as well as caused type 1 diabetes, or “double diabetes.”

Diabetes is, of course, driven by a dietary pattern that reflects evolutionary mismatch, i.e. the Western diet is a lethal disease vector that has no resemblance to the traditional diet humans consumed for thousands of years, and upon which it still depends for good health. Turmeric, therefore, while an amazing alternative to diabetic drugs, should not be considered a “natural cure”; rather, it is something of a palliative counter-balance to a biologically inappropriate diet, which while far better than pharmaceuticals (learn more by reading: Science Confirms Turmeric As Effective As 14 Drugs), still needs to be part of a broader, more holistic plan that takes into account diet, exercise, toxicant exposure, and mind-body/emotional factors that underpin well-being and contribute significantly to most dis-eases.

For more information on the therapeutic value of turmeric/curcumin diabetes, read our previous articles on the topic:

Learn even more by viewing the firsthand research on the anti-type 2 diabetic effects of turmeric by viewing these 23 studies, as well as visiting our Blood Sugar Disorder research page, which covers natural health information on both type 1 and type 2 diabetes.

Are you a health professional or just a serious research geek? Interested in taking your the GreenMedInfo experience to the next level? Learn about our GMI pro membership features, which includes access to our research PDF database of over 100,000 documents. Learn More Here. For Additional information GrenMedfo Resource click on link below –