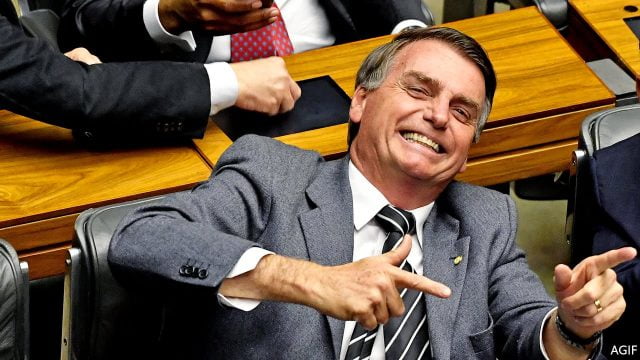 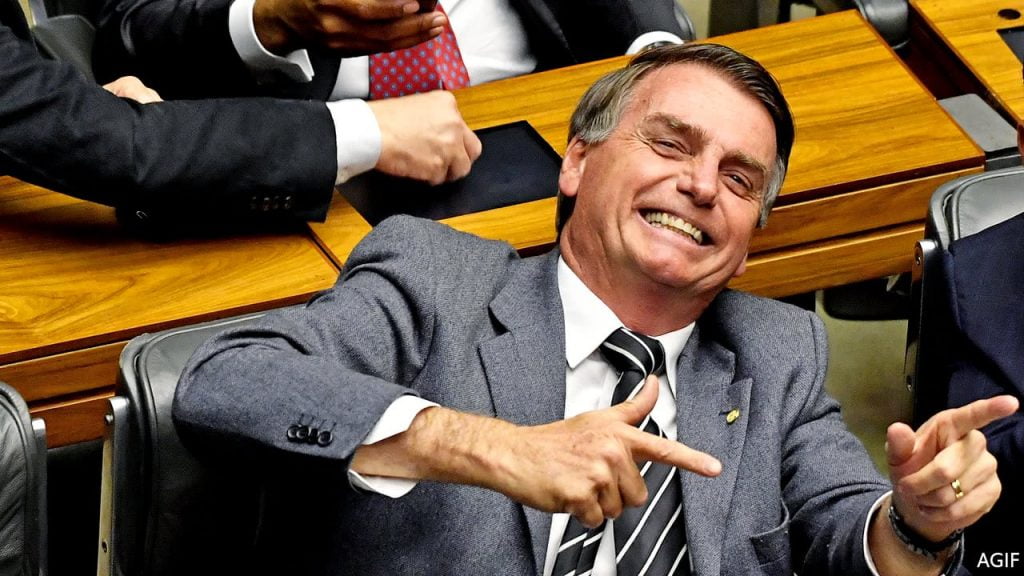 Brazil’s recently elected president, Jair Bolsonaro, is often referred to as Brazil’s Donald Trump because he represents what many consider to be the far-right ideologies of nationalism, corporatism, and indifference toward the environment, culture and the poor. The reason he was able to get elected president is summarized by this Business Insider article:

Rampant corruption, an ongoing recession, and rising rates of violent crime have contributed to some Brazilians embracing Bolsonaro and his hardline stances on an array of issues. Much like Trump in the US, Bolsonaro has painted a picture of Brazil as a nation in decline. He has pledged to make the largest and most powerful country in South America “great” again by ridding its politics of corruption.

But whatever boon to the nation Bolsonaro might bring to the citizens of Brazil, it will surely come at a cost. In keeping with the idea that there is no money to be made through the support of indigenous cultures continuing to live within their traditional environments, Bolsonaro’s vision is to move Brazil further towards a prototypical Western Capitalistic society. That implies harvesting the money-making potential of the Amazon Rainforest which could lead to its destruction. As this New York Times article mentions,

He has dismissed the idea of setting aside forest land for native Brazilians who have lived in the Amazon for centuries, promising that “there won’t be a square centimeter demarcated as an indigenous reserve” under his leadership. Recent studies show that forest reserves controlled by native people in many countries provide some of the best defenses against deforestation. Mr. Bolsonaro sees other uses of the forest, though. “Where there is indigenous land,” he has said, “there is wealth underneath it.”

Further details that show he is serious are noted in the Return To Now article:

Since his election on October 28, he’s announced a merging of the ministries of agriculture and the environment — the latter of which was supposed regulate the former — into a new “super ministry” to oversee his plan. The new ministry will be headed by politicians from the “beef caucus,” a group of lawmakers who have historically opposed indigenous land conservation, supported agricultural expansion, and attempted to relax slave labor laws.

Bolsonaro has been quoted as saying that ‘minorities will have to adapt …or simply disappear.’ This is not so much different in fervor to the genocidal agenda of Western Colonial powers in concert with the Roman Catholic Church spoken about in recent articles (see: ‘Facebook Censors A Video Detailing The True Story Of Christopher Colombus‘, ‘‘Black Jesus’ Story Stunningly Corroborated In An Obscure Nexus Magazine Article‘, ‘Aboriginal Residential School Survivor Says The Queen of England Abducted Children In Canada‘).

Naturally, there is resistance from environmental groups and the indigenous tribes themselves who are fighting the good fight for their own survival, as well as for the survival of the Rainforest, which in some people’s mind is essential for the health of the planetary ecosystem itself. But before the rest of us start picking sides and strengthening the polarity, let’s collectively step back and take a larger view. From a deeper perspective, it becomes possible to see that this fight has been playing out over and over again throughout the history of the Western world, and if we spend our energy simply choosing one side and condemning the other we will only perpetuate it.

We need to take heed of Albert Einstein’s famous words, “No problem can be solved from the same level of consciousness that created it.” The very fact that this politician has now been given the power to threaten the Amazon Rainforest and the indigenous inhabitants within it means that we are still participating in a process of giving our power away to radical and extreme individuals to act on our behalf.

Let’s be clear–the political systems of virtually all the world’s countries now are rigged. Far from being representative democracies, both sides of the political spectrum are ultimately controlled by the powerful elite for their agenda to enslave humanity. In the case of Brazil, while the previous left-leaning ruling party may have been in favor of the preservation of the Rainforest and its inhabitants, it was caught up in corruption scandals through the influence of the global elite. Whether these scandals are real or fabricated doesn’t really matter. The end result is that it caused the population to swing over to an anti-corruption right-wing agenda, one that is more directly in accord with the wishes of the global elite.

We Need A Critical Mass

When a critical mass of people awaken to the fact that all of our global politics are designed to serve the global elite, and always have, and in our minds we withdraw our consent to be ruled by such a system, then we will have the power to walk away from it, and create something new. Imagine a meritocratic system, for example, where the wisest, most humane people naturally rise to positions of leadership in each country, and have the best interests of the citizens at heart. There are many, many such people–however portions of our our critical mass still spend time supporting and believing in extremists, to the extent that moderate, wise and loving people still don’t have the means or the opportunity to rise into positions of power.

Victor Hugo said the ‘Nothing is as powerful as an idea whose time has come’. The Awakening Community is slowly starting to rise above the polarity of our politics, and see that it is simply a ‘false choice’ meant to keep us divided against each other and further the program of our enslavement. Much as it is easy to criticize Jair Bolsonaro for his radical policies against natural preservation and the indigenous population, we are better off getting past that and getting clear that it is the entire political system that is at fault here, and what is needed is to have more and more people recognize where the solutions lie so that it no longer becomes desirable–or possible–to put extremists in positions of power.