Psychotronic millimeter wave weaponry is coming to a street near you, with the potential to unleash disease on a mass scale. Welcome to the new fifth generation of wi-fi called 5G, where the speed to send full-length, high definition movies to your iPad is ten times faster.

The need for speed has the consequence of going from moderate to severe health effects in record time. Note that 4G operates at 2.5 GHz or oscillates about 2.5 billion times per second.

This frequency mimics water molecules in your body, and was chosen specifically for broadcasting services and equipment under government license. This means that all company products must meet this frequency or be deemed illegal. 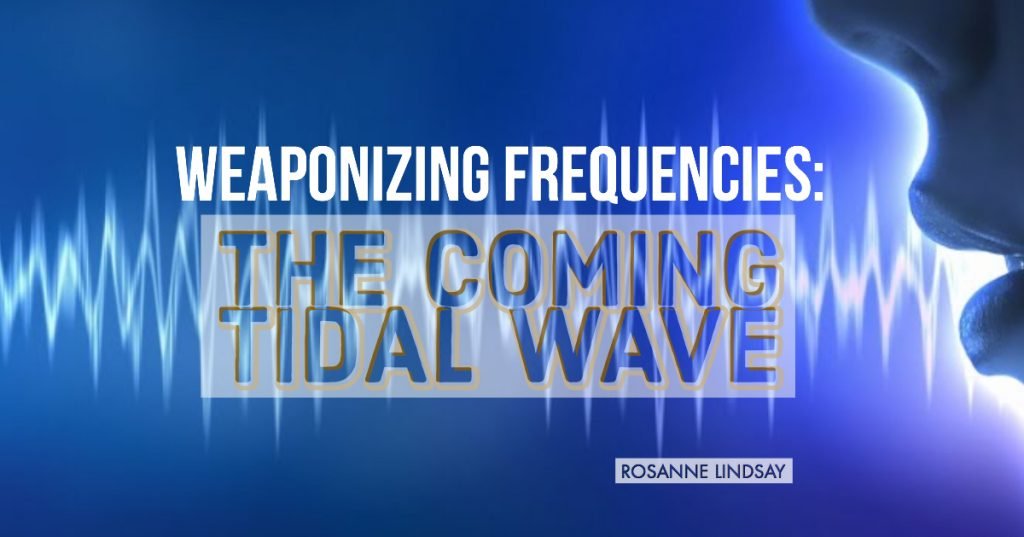 For what purpose is matching the human body’s frequency, you may ask, other than for weaponization? Good question.

The higher frequencies of 5G – 100 GHz and beyond – will use small-scale wireless refrigerator-sized boxes, placed in front of every 2-10 homes on every street, in every city.

As you watch the latest Hollywood flick, you will bask, unaware, in microwave emissions that oscillate at the same rate as your blood and oxygen molecules. These frequencies can cause burning sensations on your skin, impact fertility, as well as alter the electrochemical waves of your brain to affect consciousness.

Secret testing of 5G emissions made its debut during the 2018 Olympics, and then again at the 2018 Super Bowl where over 67,000 people were part of a stress-test without their consent.

High frequency 5G signals travel shorter distances and are easily blocked by buildings and trees. What is the point? Why create new technology that takes humanity in reverse? No time for answers. It’s full steam ahead to remove the obstacles that block the signals.

Many people in California report that the extensive “weird fires” are destroying trees and leaving homes untouched. Everything does not burn. At other times, the metal of cars and rails burned with the leaves on trees, leaving tree trunks and kindling.

Could these unusual fires be the result of lasers from Directed Energy Weapons?

Whole forests have been devastated down straight lines, obeying fence lines. Add to that, the sanctioned poisoning of hardwood trees by timber companies that has led to over one million dead trees to create a fire hazard.

Are the trees being destroyed merely to unblock hazardous signals? Is this treason/tree-son on multiple levels? These same millimeter waves have been used by the U.S. Army as a crowd control dispersal weapon called Active Denial Systems.

Firefighters in Sacramento have reported memory problems and confusion following the installation of new towers outside the city fire station. Some cities, including Santa Rosa, have halted their 5G plans while health concerns are addressed.

The power of trees keep us calm by acting on our autonomic nervous system, as well as our spirit.

Unless we can stand up, speak up, collaborate and network, we risk being victims of the attack coming at us unseen, as millimeter waves are directed at our bodies and minds. If we feel powerless and isolated now, imagine what it will feel like once the new networks are installed and operational.

Imagine what it will be like when the trees are replaced with towers that look like trees. We only feel isolated when we work alone and isolate ourselves. Like a forest, there is strength in numbers.

Camilla Reese of Electromagnetichealth.org says we are facing actions at the federal and FCC levels that will create a dense network of high-intensity 4G and 5G microwave radiating cellular antennas in front of homes across America.

Camilla says the movement to stop this rollout is necessary for health but is also about getting corporate money out of politics and building an independent media not dependent on toxic polluters and the corruption driving it.

Read: Hundreds of Birds Dead During 5G Experiment in The Hague, Netherlands

Beyond direct effects to health, harmful frequencies threaten society as a whole by ignoring the human right to informed-consent to high levels of radiation.

All life on the planet has a right to health and a healthy life. By accepting the 5G rollout without a discussion, as happened with the airport scanners, we give up sovereignty over our bodies and accelerate our demise.

These frequencies ionize metals being sprayed into the atmosphere under military “geo-engineering” programs to charge the atmosphere, along with our bodies. These programs further block the healing frequencies of the sun required by all life.

S 3157 has bipartisan support and currently faces little opposition. It could slip through the Senate via unanimous consent, appear in the House briefly and get attached to a spending bill — without any debate or roll-call votes specific to S 3157.

This would wipe out nearly all the protective ordinances already passed by forward-looking cities.

On September 26, 2018, the FCC is scheduled to vote through its Wireless Infrastructure Order (dockets 17-79 and 17-84). This order attempts to preempt local control of the public rights-of-way.

Wireless companies could then more easily install — in front homes — cell towers that would irradiate those nearby with intense, pulsed, data-modulated, Radio-frequency Electromagnetic Microwave Radiation (RF-EMR) — 24/7.

In usual form, attacks to human health and the health of the planet are coming from new technologies that are unproven,  untested, and amoral. Though government attempts to divide humanity, we are all Earthlings united at the level of our cells and our microbes.

Do we slow down and preserve our smallest inhabitants? Or do we accept the coming tidal wave? Speed for the sake of speed is the ideology of a cancer cell.