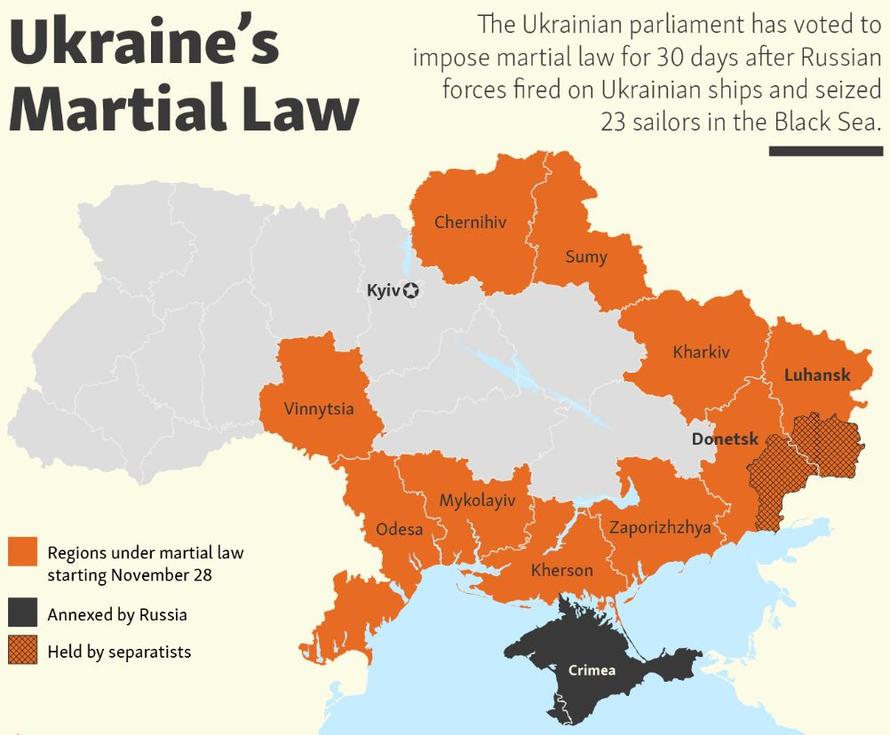 November 27, 2018:  Manchu royal family members called today to warn of a Zionist plot to start World War III by provoking incidents in Korea and Crimea.  “The people behind [French President Emmanuel] Macron are doing this,” the sources say.

So it appears that the Zionists, fearful of imminent mass arrests for crimes against humanity, are attempting a Hail Mary maneuver to start their long-planned artificial end-times war between Gog and Magog, or Russia and China versus the G7.

Asian secret society sources also hinted last week that some sort of military confrontation was “needed in order to stimulate necessary changes.”  It appears the Chinese have been offered control of all of Asia, including Japan, if they go along with this plot.

The Manchus say some sort of Chinese military incursion into North Korea is imminent and will take place simultaneously with a Russian invasion of the Ukraine in order to provoke World War III.

This attempt can be prevented by keeping calm and making pinpoint arrests of the government officials and high-level financiers who are seen visibly stoking the flames of war.  Officials who need to be removed as soon as possible include Macron, Israeli Prime Minister Benjamin Netanyahu, Ukrainian President Petro Poroshenko, and any senior Chinese officials who are seen pushing for an invasion of North Korea.

The Russians also need to be allowed to enter the Ukraine and clean up the Nazionist filth there without any Western military intervention.