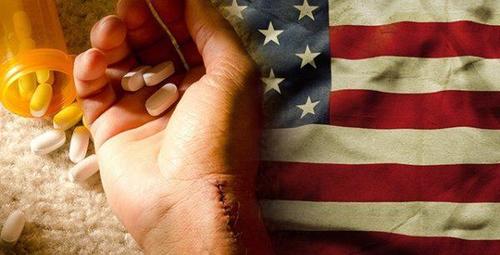 During a year when drug overdose deaths jumped to a record high 72,000 – roughly one every seven minutes – it’s probably not surprising that overall life expectancy for Americans declined for the third straight year in 2017. But according to data from the CDC, drugs weren’t the only factor at play: Deaths from suicide, the flu, diabetes and many other causes also increased. 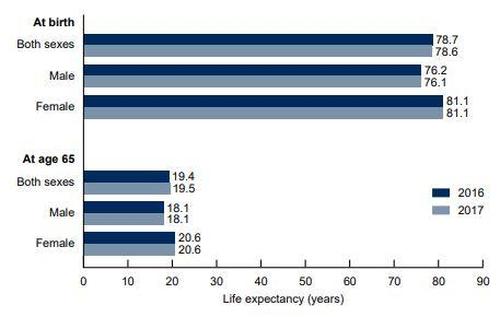 As more baby boomers die off, some might assume that the increase in rates has been driven by demographics, but this simply isn’t accurate. Because even when adjusted for age (which should filter out most of the impact from the aging US population), mortality rates increased by 0.4% from 728.8 per 100,000 standard population in 2016 to 731.9 in 2017. White men and white women were responsible for most of the increase, with the age adjusted mortality rate for men climbing 0.6% while the rate for women climbed 0.9%. But the rise in mortality rates for white women was offset by a 0.8% decline in rates for black women. 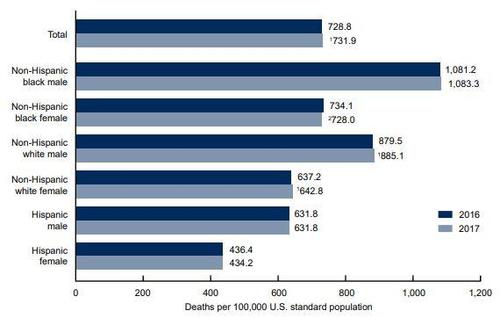 But by far the most significant increase for a given demographic group was the 2.9% rise for all Americans between the ages of 25 and 34, which more than offset a 1% drop for Americans aged 45-55. 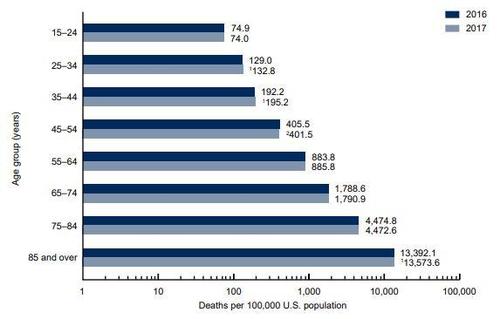 The 10 leading causes of death – heart disease, cancer, unintentional injuries, chronic lower respiratory diseases, stroke, Alzheimer disease, diabetes, influenza and pneumonia, kidney disease, and suicide – were unchanged from 2016 (these are ranked by number). These accounted for 74% of all deaths last year. But when adjusted for age, the data showed that more Americans are dying at younger ages from nearly all of the causes above – with the biggest jump seen in the age-adjusted rate for suicides (up a staggering 3.7%).

Meanwhile, rates of infant mortality declined slightly, but were not statistically significant (the US continues to struggle with one of the highest infant mortality rate in the developed world). 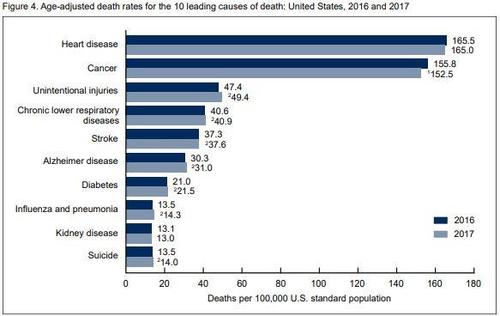 In a series of tweets published after the CDC released its report, the organization’s director said it is committed to “putting science into action” to ensure all Americans live longer, healthier lives.

Latest CDC data show U.S. life expectancy has declined over past few years. Tragically, this trend is largely driven by deaths from drug overdose and suicide. This is a wakeup call. We are losing too many Americans, too early and too often, to conditions that are preventable. https://t.co/fiTD0zg01p

CDC is committed to putting science into action to protect U.S. health, but we must all work together to reverse the trend of declining life expectancy and help ensure that all Americans live longer and healthier lives.

Life expectancy rates are so broad that most Americans who see these headlines probably don’t realize that falling life expectancy rates can affect their lives in myriad ways that might not be immediately obvious. Take the Dow, for example: The last time US life expectancy declined for 2+ years was in 1963 – right around the beginning of a secular bear market that lasted for more than a decade. 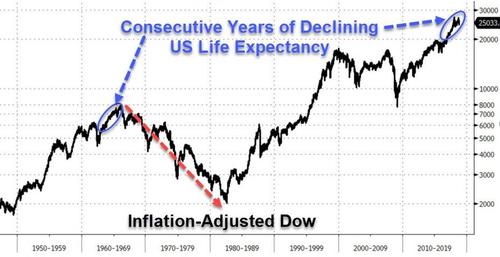