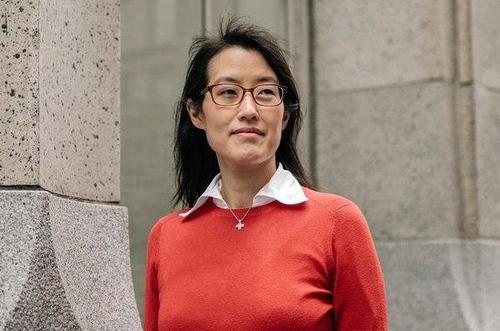 “It’s all true: Everything is fake,” tweeted Former Reddit CEO Ellen Pao regarding a Wednesday New York Magazine article which reveals that internet traffic metrics from some of the largest tech companies are overstated or fabricated. In other words; they’re bullshit.

Pao was responding to a tweet by the Washington Post‘s Aram Zucker-Schariff, quoting the following segment of the article:

The metrics are fake.

Take something as seemingly simple as how we measure web traffic. Metrics should be the most real thing on the internet: They are countable, trackable, and verifiable, and their existence undergirds the advertising business that drives our biggest social and search platforms. Yet not even Facebook, the world’s greatest data–gathering organization, seems able to produce genuine figures. In October, small advertisers filed suit against the social-media giant, accusing it of covering up, for a year, its significant overstatements of the time users spent watching videos on the platform (by 60 to 80 percent, Facebook says; by 150 to 900 percent, the plaintiffs say). According to an exhaustive list at MarketingLand, over the past two years Facebook has admitted to misreporting the reach of posts on Facebook Pages (in two different ways), the rate at which viewers complete ad videos, the average time spent reading its “Instant Articles,” the amount of referral traffic from Facebook to external websites, the number of views that videos received via Facebook’s mobile site, and the number of video views in Instant Articles.

Can we still trust the metrics? After the Inversion, what’s the point? Even when we put our faith in their accuracy, there’s something not quite real about them: My favorite statistic this year was Facebook’s claim that 75 million people watched at least a minute of Facebook Watch videos every day — though, as Facebook admitted,the 60 seconds in that one minute didn’t need to be watched consecutively. Real videos, real people, fake minutes. –NYMag

“It’s all true: Everything is fake,” tweeted Pao, adding “Also mobile user counts are fake. No one has figured out how to count logged-out mobile users, as I learned at reddit. Every time someone switches cell towers, it looks like another user and inflates company user metrics.”

It's all true: Everything is fake. Also mobile user counts are fake. No one has figured out how to count logged-out mobile users, as I learned at reddit. Every time someone switches cell towers, it looks like another user and inflates company user metrics https://t.co/tk1PKuvLL6

And if an unlogged-in user uses the site on multiple devices, each device counts as a unique user

Tell us how you really feel Max!

For starters Read notes that “Studies generally suggest that, year after year, less than 60 percent of web traffic is human.” Some years, “a healthy majority of it is bot.” In fact, half of all YouTube traffic in 2013 was bots according to the Times.

Also of interest, the Times found in their August investigation that there is a flourishing business buying clicks. In fact, one can buy 5,000 video clicks in 30-second increments – for as little as $15, with the traffic typically coming from bots or “click farms.”

I never tire of looking at videos of Chinese click farms. It's just so surreal to see hundreds of phones playing the same video for the purposes of fake engagment. pic.twitter.com/bHAGLqRqVb

If a Russian troll using a Brazilian man’s photograph to masquerade as an American Trump supporter watches a video on Facebook, is that view “real”? Not only do we have bots masquerading as humans and humans masquerading as other humans, but also sometimes humans masquerading as bots, pretending to be “artificial-intelligence personal assistants,” like Facebook’s “M,” in order to help tech companies appear to possess cutting-edge AI. We even have whatever CGI Instagram influencer Lil Miquela is: a fake human with a real body, a fake face, and real influence –NYMag

Read the rest here – including Max Read’s thoughts on navigating a world of “deep fakes,” bullshit propaganda which purports to “redpill” people to the “truth” of everything, and how utterly fake people have become.