Prepare For Change
Home ARCONTES THE ILLUSION OF FREEDOM 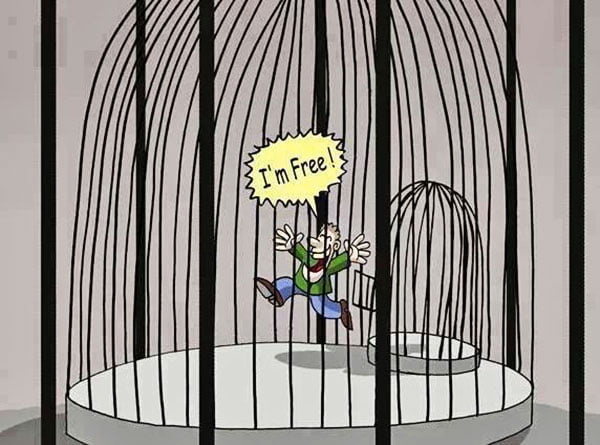 We fall under the illusion of freedom when we consent to be governed. We believe we live in a fair and democratic society yet we fail to grasp the true meaning of words such as democratic, republic, inalienable, and consent. When we decipher the words, we find that we live in a reality of inequity; a ‘world for the taking’ by a few at the expense of the many. Only when we know who we are— a spiritual being having a human experience— will the system of slavery be changed.

The illusion of freedom happens when we consent to the language. We are convinced that paper documents and laws grant us certain inalienablerights, those being life, liberty, and the pursuit of happiness. Yet we overlook how unalienable was changed to inalienable in the final version of the Declaration of Independence. Unalienable rights are rights which cannot be sold or transferred, whereas inalienable rights can be! Unalienable rights are yours and yours alone. Without them, we are subjects of the government. 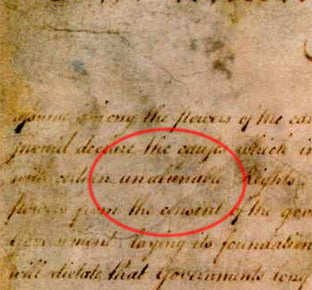 It is through our consent to be citizens that waives our rights to life and liberty. Inherent rights become null and void. As George Washington points out in his letter penned to Alexander Hamilton in 1783, CITIZENS HAVE NO ENDOWED RIGHTS. This has been part of the law since day one of structured government.

It may be laid down, as a primary position, and the basis of our system, that every citizen who enjoys the protection of a free government, owes not only a proportion of his property, but even of his personal services to the defense of it, and consequently that the Citizens of America (with a few legal and official exceptions) from 18 to 50 Years of Age should be borne on the Militia Rolls, provided with uniform Arms, and so far accustomed to the use of them, that the Total strength of the Country might be called forth at Short Notice on any very interesting Emergency.

George Washington was a 33rd degree Scottish Right Freemason. Freemasonry not only influenced the presidency, with at least 14 Freemason presidents, but also began the U.S. Supreme Court. Freemasons came to America three hundred years ago from The United Grand Lodge of England in 1717 and goes back to the Jesuits and Noachites, the descendants of Noah. The purpose? To control people through the structure of government, its laws, its  language (Gematria), and symbology. In the 99 degrees of Freemasonry there are no women. 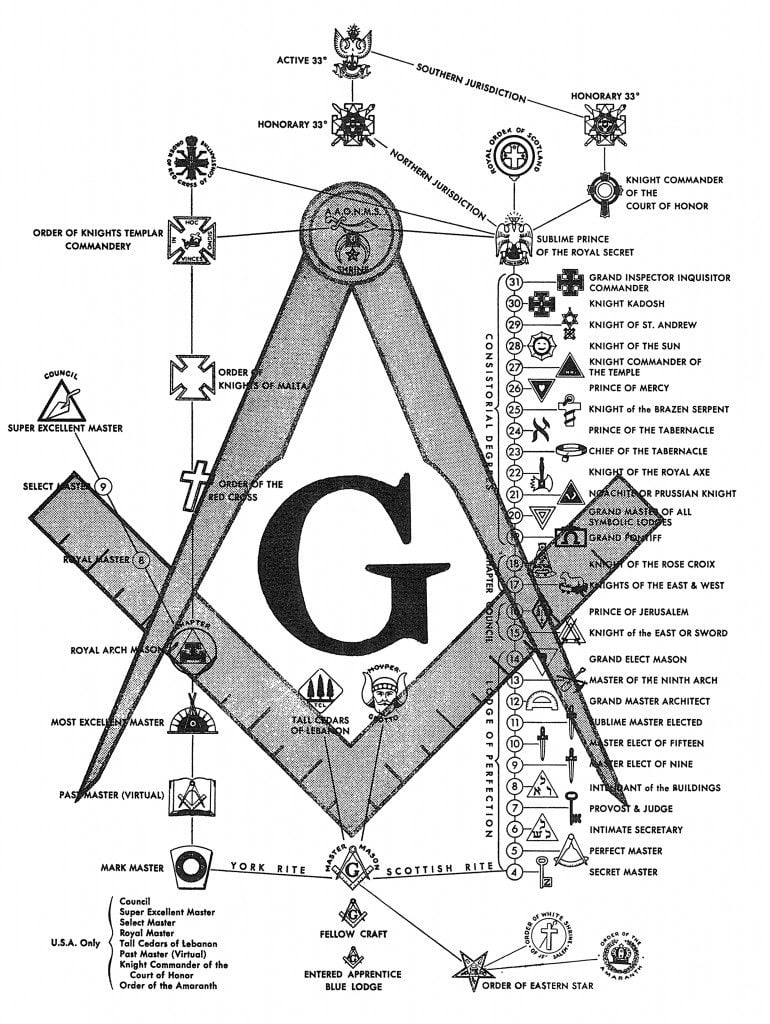 As a citizen-subject you can be ordered, via militia duty, to train, fight, and die on command.  By your consent to be governed, you give up a portion of your property— estate, taxes, your body, and your children. Any presumption to the contrary is not supported by law or by court ruling.

Citizens, like the founders, have pledged their lives, property and sacred honor in service to the government. ONLY Non-citizen nationals— people who did not consent to be governed — retain their endowed rights. The only document referring to inherent rights is the Declaration of Independence.

In his 1863 Gettysburg Address, President Lincoln embraced the Declaration of Independence as a true expression of the American spirit and the foundation of the Republic — not the U.S. Constitution. When Mr. Lincoln said: “Four score and seven years ago, our fathers brought forth, on this continent, a new nation, conceived in Liberty, and dedicated to the proposition that all men are created equal,” he referred to the Declaration. He declared the new nation, the very first of its kind, was founded ‘under God,’  according to the ‘Laws of Nature and of Nature’s God,’ as Thomas Jefferson wrote. 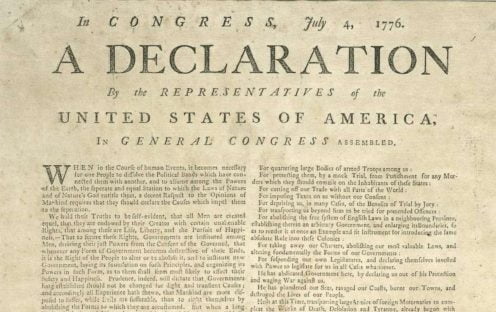 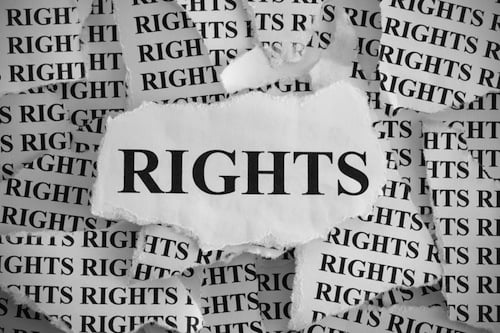 To secure these rights [to life, liberty, and the pursuit of happiness], governments are instituted among men, deriving their just powers from the consent of the governed. – Thomas Jefferson in the Declaration of Independence, 1776

It is to secure our rights that we resort to government at all. – Thomas Jefferson to Francois D’Ivernois, 1795

The people are sovereign beings, powerful without representation. We each hold inherent rights and liberties that are granted to us through the Creator by virtue of our birth. As sovereign beings we abide by a hierarchy of laws under Nature. Natural Law applies to each human as body, mind, soul, and spirit, to do no harm. Inherent rights are not protected by the Constitution, as the courts would suggest:

The rights of the individual are not derived from governmental agencies, either municipal, state or federal, or even from the Constitution. They exist inherently in every man, by endowment of the Creator, and are merely reaffirmed in the Constitution, and restricted only to the extent that they have been VOLUNTARILY SURRENDERED BY THE CITIZENSHIP to the agencies of government. The people’s rights are not derived from the government, but the government’s authority comes from the people. The Constitution but states again these rights already existing, and when legislative encroachment by the nation, state, or municipality invade these original and permanent rights, it is the duty of the courts to so declare, and to afford the necessary relief. The fewer restrictions that surround the individual liberties of the citizen, except those for the preservation of the public health, safety, and morals, the more contented the people and the more successful the democracy.  — City of Dallas v Mitchell, 245 S.W. 944

In current reality, the world is split in two, between the Haves and the Have-Nots. Government was purposeful in its construction and direction in order to achieve the division that exists today. Over time this split has widened into a chasm as we witness our children and property being openly kidnapped by hospitals and police. These thefts appear to be legal since they have the consent of the government and courts, seemingly without recourse by helpless citizens.

Do you consent or do you not consent to having your property (i.e., children) forcibly removed from your home?

The consent of the governed is a foundational principle of democracy. Consent implies you have a choice and that you know the meaning of words and the foundation of government. However, consent does not equal assent. You don’t have to make a formal denial in order for authorities to accept your consent. Your silence and inaction will qualify as consent. Consent can be achieved when you do nothing.

In 1933, a State of Emergency was declared by FDR. Under Emergency Powers, the government could side-step constitutional limitations and requirements. FDR extracted lawful money from circulation and replaced it with Federal Reserve notes, a debt instrument (fiat) to create a debt economy. Because fiat money has no intrinsic value, it is worthless, so no one can pay off the debt. (See: Art. 1, Sec. 10, USCON). Everyone who signed up for FICA voluntarily became paupers at law, and owns NOTHING to trigger the protections of the rules of the common law (7th amendment). The Pauper’s oath is this: 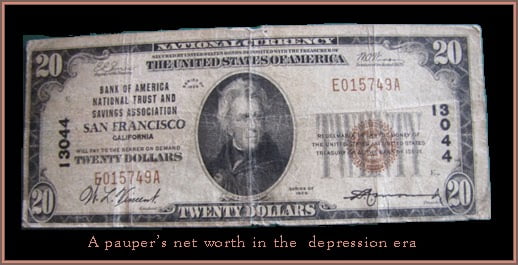 “I do solemnly swear that I have not any property, real or personal, exceeding $20, except such as is by law exempt from being taken on civil process for debt; and that I have no property in any way conveyed or concealed, or in any way disposed of, for my future use or benefit. So help me God.”

According to Jeff Ganaposki, when you sign up to get your SSN, “the net result is a nation of “voluntary” paupers, deadbeats, and bankrupts that the overworked munificent State must care for, for their own good. By voluntary participation in Social Security, Americans surrender their sovereign birthright, freedom and independence, in exchange for access to charity from the public treasury (entitlements) that reduce their status to paupers at law. As “status criminals” we are no longer protected, and the US Constitution is bypassed by our consent. We come under the authority of the Secretary of Treasury / aka / U.S. Governor of the “Bank” and “Fund.”‘ In fact, the Secret Service, as the Treasury Department’s army, was established to protect the money, not the president. Any president who goes against the almighty dollar will find himself unprotected.

“Based on pre-1933 court cites, whatever government does to paupers is “constitutional.” The Social Security Act of 1935 compels every citizen to pay the government’s claim. An un-numbered American cannot open an interest-bearing bank account. Exemptions to this rule apply only for religious and secular organizations that provide for their members.”

[Very] soon, every American will be required to register their biological property in a national system designed to keep track of the people and that will operate under the ancient system of pledging.  By such methodology, we can compel people to submit to our agenda, which will effect our security as a chargeback for our fiat paper currency. Every American will be forced to register or suffer being unable to work and earn a living. They will be our chattel, and we will hold the security interest over them forever, by operation of the law merchant under the scheme of secured transactions. – Edward Mandell House, 1900s,in private meeting with President Woodrow Wilson

When we are ignorant of full disclosure, of words and of language, we no longer have true choice. Without full knowledge of the facts, we grant permission to entities to rule over us. When we consent to be citizen-slaves, we unknowingly give up our power to those who use words against us.

Victim of Deception No More 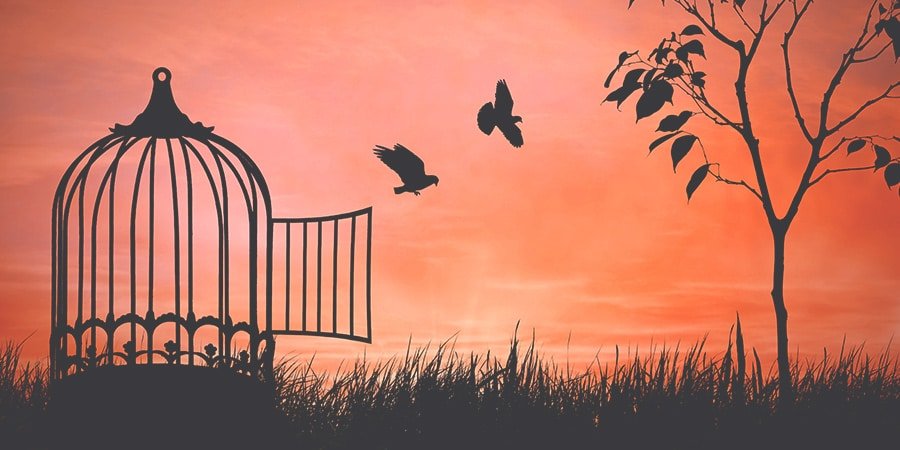 No document can ensure freedoms. The only freedoms we have are the ones we embody and defend with our words, our actions, and our lives. When we take full responsibility for all the freedoms we are granted by our birthright we become the change we wish to see. We create a new reality.