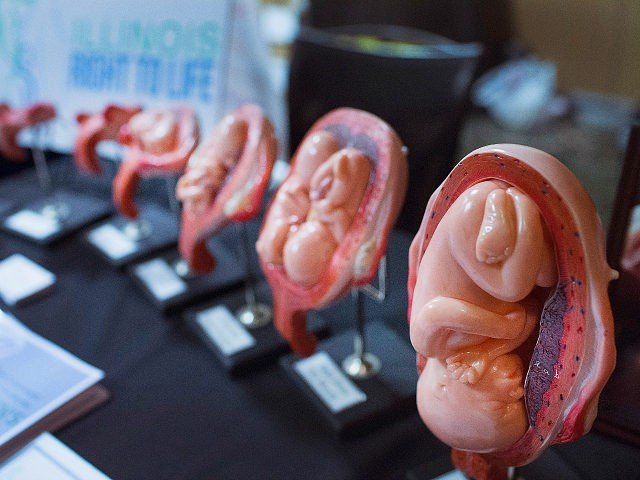 Abortion was the number one cause of death worldwide in 2018, with more than 41 million children killed before birth, Worldometers reports.

As of December 31, 2018, there have been some 41.9 million abortions performed in the course of the year, Worldometers revealed. By contrast, 8.2 million people died from cancer in 2018, 5 million from smoking, and 1.7 million died of HIV/AIDS.

Worldometers — voted one of the best free reference websites by the American Library Association (ALA) — keeps a running tally through the year of major world statistics, including population, births, deaths, automobiles produced, books published, and CO2 emissions.

It also records the total number of abortions in the world, based on the latest statistics on abortions published by the World Health Organization (WHO).

Globally, just under a quarter of all pregnancies (23 percent) were ended by abortion in 2018, and for every 33 live births, ten infants were aborted.

There were more deaths from abortion in 2018 than all deaths from cancer, malaria, HIV/AIDS, smoking, alcohol, and traffic accidents combined.

The staggering number of deaths from abortion, in fact, has led certain observers to callabortion “the social justice cause of our time,” since judging from the sheer magnitude of the problem other human rights issues pale in comparison.

The year 2018 also saw the repeal of Ireland’s Eighth Amendment, one of the last laws recognizing and protecting the right to life of unborn children.

Last week, the UK Department of Health revealed that in 2017 — the last year for which it has revised abortion statistics — the number of UK abortions hit a 10-year high.

The figures were released just before the Christian celebration of the Feast of the Holy Innocents on December 28, commemorating the decree by King Herod that all male children in Israel under the age of two were to be killed.

The annual March for Life in the United States will take place in Washington, D.C., on January 18, 2019 with the theme “Unique from Day One.”

The stated purpose of the march is to end abortion by “uniting, educating, and mobilizing pro-life people in the public square.”

The annual march commemorates the January 22, 1973 Supreme Court decision in Roe v. Wade that invalidated 50 state laws and made abortion legal and available on demand throughout the United States.