Prepare For Change
Home Awakening Who Fact-Checks the Fact-Checkers? 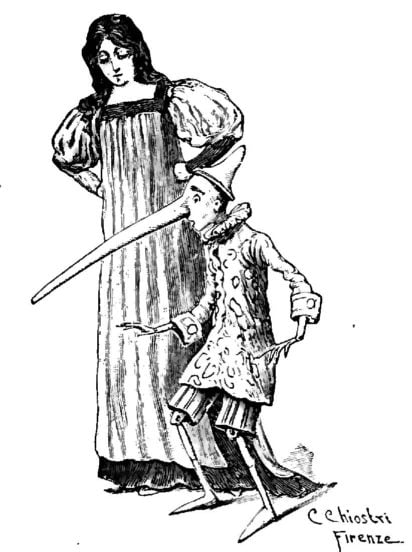 When the Washington Post’s Fact Check columnist gave three Pinocchios to Rep. Alexandria Ocasio-Cortez, he was revealing an important lesson about implicit bias 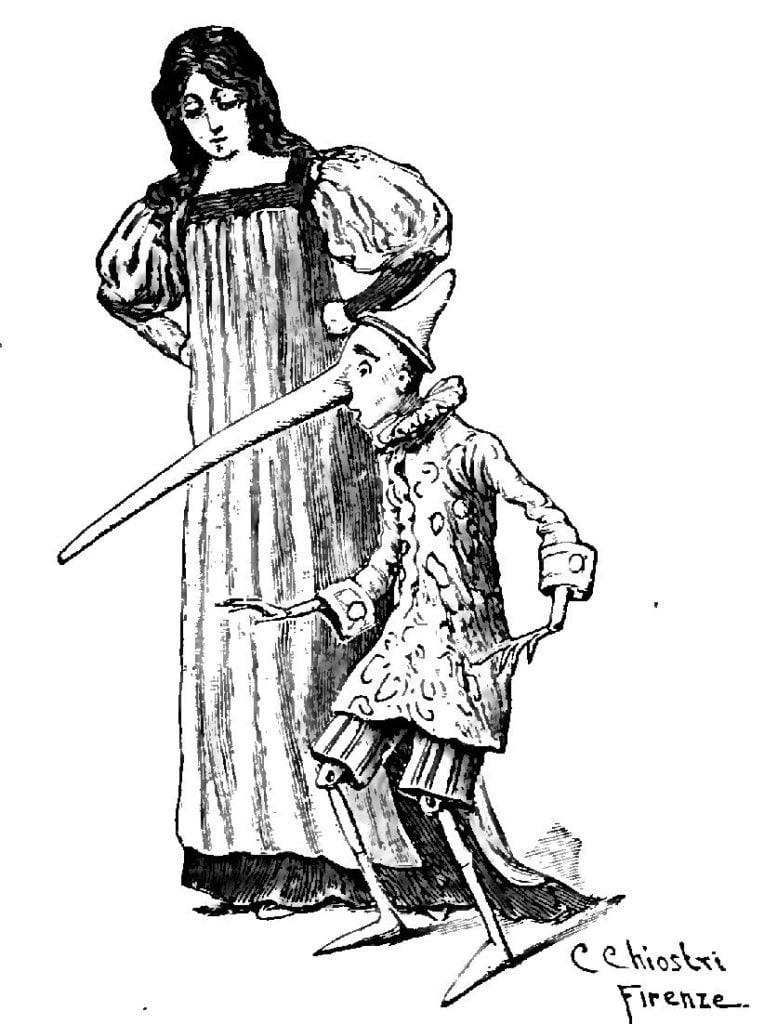 On Martin Luther King Jr Day, Representative Alexandria Ocasio-Cortez (hereafter AOC) discussed the American Dream in a conversation with Ta-Nehisi Coates. The full interview is fascinating and worth your time and you can watch it here at around the 16-minute mark, but for our purposes today, we’re interested in only one of AOC’s statements, which I’ll quote here:

Thursday, the Washington Post’s Fact Checker columnist, Glenn Kessler, wrote a column headlined “Ocasio-Cortez’s misfired facts on living wage and minimum wage.” It’s a profoundly weird column—one that begins with Kessler taking a light tone to chide AOC for tweeting a joke about fact-checks that “appears to have tried to preempt” the Fact Check column. For such a supposedly objective observer, the faux-friendly preamble—it ends with an arch “We’re not really that nit-picky, are we?”—strikes an uncomfortable, wounded tone that colors the rest of the piece.

Folks, before I begin, let me make one thing clear up front: A strong and vital media is the most important tool we have for the survival of democracy. My stomach churns when I see liberals use the phrase “fake news” in a joking way because it backhandedly embraces Donald Trump’s attacks on journalism, which I consider to be an existential threat to the entire United States of America.

But part of maintaining a strong and vital fourth estate means holding journalists accountable for their actions. Like any other power in America, checks and balances are absolutely necessary for the survival of the media. It’s understandable that journalists feel defensive in this climate—you’d probably be defensive, too, if the President of the United States kept calling you an enemy of the state on Twitter—but constructive criticism to point out unconscious bias is as important now as it ever has been.

And there’s a lot of unconscious bias in this piece. Kessler separates AOC’s statement into three separate pieces. First up:

“I think it’s wrong that a vast majority of the country doesn’t make a living wage.”

Kessler’s critique of AOC’s claims pivot on the words “vast majority” and “living wage.” He argues correctly that “living wage” is a wobbly phrase that can be defined in any number of ways, unlike “minimum wage,” which is legally set to a specific figure. Kessler talks to an expert at MIT who makes a case that the living wage in America as of 2017 was $16.07 per hour, in Kessler’s words, “ for a family of four (two working adults, two children). That means both adults together would need to make at least $32.14 before taxes to cover basic necessities.”

Kessler runs that figure through some data from The Brookings Institution, a think-tank that doesn’t carry the same partisan stench that, say AEI and the Heritage Foundations do, to determine that “67.7 percent of full-time workers earn at least $16.07 per hour,” and that “32 to 38 percent of workers earn less than $16.07.”

In the end, Kessler decides that AOC could have accurately said “almost half” of all workers don’t make a living wage, but the words “vast majority” earned her a Pinocchio.

Okay. But part of the reason that Kessler arrives at his Pinocchio is that he’s determining the living wage by households and assuming that each household has two wage-earners who earn at least $16.07. That’s a big leap—the People’s Policy Project did a great debunking of Kessler’s logic—and it also inserts a phrase into AOC’s statement that isn’t there. She didn’t say “a vast majority of households in this country don’t make a living wage.” She said “a vast majority of the country doesn’t make a living wage.”

So is that true? AOC’s own office sent Kessler data from the Social Security administration arguing that “54 percent of wage earners received wages of less than $35,000,” which would work out to $16.83 per hour. But Kessler also notes that this is “a figure that contains part-time workers,” as though the number of hours worked has anything to do with whether or not those workers, according to AOC, “make a living wage” for those hours.

I’m quibbling, but Kessler is quibbling too. AOC’s point is true: for the majority of the country, it’s getting harder to make a living. More than half of all Americans have less than a thousand bucks in savings. As we saw with the food bank lines that sprouted up across the country this month during the government shutdown, 63 percent of Americans can’t cover a $500 emergency. Does Kessler call that a living? Because I sure don’t.

Kessler verified AOC’s second statement that some Americans “can work 100 hours and not feed [their] kids,” so we’re going to move on to her third point and Kessler’s second and third Pinocchios, which he says is “where Ocasio-Cortez starts to go off the rails.” (Fact check: False!) Here it is:

“I think it’s wrong that corporations like Walmart and Amazon can get paid by the government, essentially experience a wealth transfer from the public, for paying people less than a minimum wage.”

Kessler points out that both Amazon and Walmart recently raised their minimum wages everywhere across the United States—Walmart to $11 and Amazon to $15. (A little off-topic, but please take a second to note that both minimum wages are well below the living wage that Kessler described.)

But Kessler is forgetting that both corporations routinely hire independent contractors, and those contractors earn less than the minimum wage. In 2014, one of Walmart’s contractors was ordered to pay more than 21 million dollarsin unpaid wages to warehouse workers.

Amazon hires delivery drivers through the gig economy, and here’s one case of someone who earned less than the local minimum wage on his shift. And Priceonomics found that for workers in Amazon’s Mechanical Turk service, which outsources small tasks to crowdsourcing, “the average hourly ‘wage’…is $1-$5. Roughly half of the Mechanical Turk workforce is American, which means that they are working for less than the Federal minimum wage of $7.25per hour.”

In order to prove AOC’s claim that Amazon and Walmart “are benefiting from a wealth transfer is dubious,”Kessler relies on a particularly spurious source—a paper from 2005 by Jason Furman titled “Wal-Mart: A Progressive Success Story.”

As you might be able to tell from the title, “Wal-Mart: A Progressive Success Story” reads like an unabashed advertisement for the retailer—though at times it also feels like it’s coming from a weird parallel universe where corporate balance sheets take precedence over human lives. From the opening of the piece:

There is little dispute that Wal-Mart’s price reductions have benefited the 120 million American workers employed outside of the retail sector. Plausible estimates of the magnitude of the savings from Wal-Mart are enormous — a total of $263 billion in 2004, or $2,329 per household. Even if you grant that Wal-Mart hurts workers in the retail sector — and the evidence for this is far from clear — the magnitude of any potential harm is small in comparison. One study, for example, found that the “Wal-Mart effect” lowered retail wages by $4.7 billion in 2000.

Who cares if American retail workers lose nearly five billion dollars in wages if American families save a few dimes on toilet paper? This is backward, trickle-down thinking.

The paper argues that government benefits for Walmart employees are good. “The bulk of the benefits of these expansions go to the workers that receive them, not to the corporations that employ them,” Furman writes.

Attempts to limit the spread of Wal-Mart and similar “big box” stores do not just limit the benefits of lower prices to moderate-income consumers, they also limit the job opportunities that Wal-Mart and other retailers provide. More puzzling is that some progressives have described Medicaid, food stamps, the EITC, and public housing assistance as “corporate welfare.” The right response to Wal-Mart is not to scale back these programs but to expand them in order to fulfill the goal of making work pay.

In other words, the paper is arguing that we should increase government benefits for Walmart workers, in the hopes that Walmart would eventually pay more.

But just because benefits like the EITC and SNAP go directly to workers doesn’t mean that Walmart doesn’t enjoy those benefits, too. By paying its workers less than they’d have to without government benefits, Walmart is putting those wages directly in its profit margin. (You can read a lot more about parasitic corporate employment practices in “Confronting the Parasite Economy,” a piece by Nick Hanauer—who is, full disclosure, my boss—in The American Prospect.)

By strictly interpreting AOC’s claim that “Walmart and Amazon can get paid by the government”—that is, by reading that statement as “the government sends Walmart and Amazon checks so that they can pay workers less than they’re worth”—Kessler is doing AOC a disservice. There is, in fact, a transfer of wealth exactly as AOC says: the government financially supports low-wage employers by largely not allowing their workers to starve to death or go without a home. Rather than paying their employees a living wage, those employers just pocket that money and call it profits. It’s the exact same money; it’s just funneled in directions that favor the employers and not the workers.

AOC is arguing the opposite of what that paper is claiming: while Furman claims it’s better to lower prices and wait for Walmart to decide to offer a living wage, AOC is saying it would be better to pay a living wage so Walmart workers can afford to eat in restaurants and shop for food and clothing and other goods in their local economy—and at their own Walmart.

In the end, Kessler gave AOC three Pinocchios for her claims. For his credulousness and his adherence to trickle-down economic theory that puts corporate greed over people, I’d argue that Kessler deserves a dishonor of his own. That’s why I’m proud to bestow upon his so-called “Fact Check” a first-ever distinction: Congratulations, Mr. Kessler—you earned yourself three Skunk Heads!

Don’t spend them all in one place!