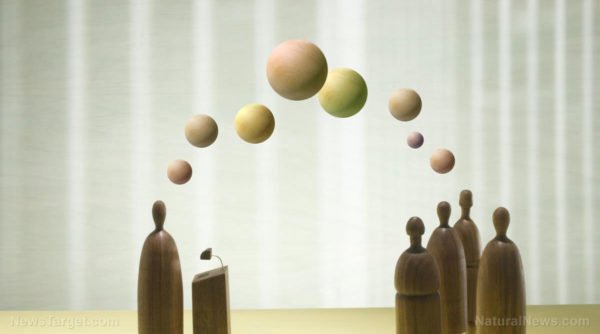 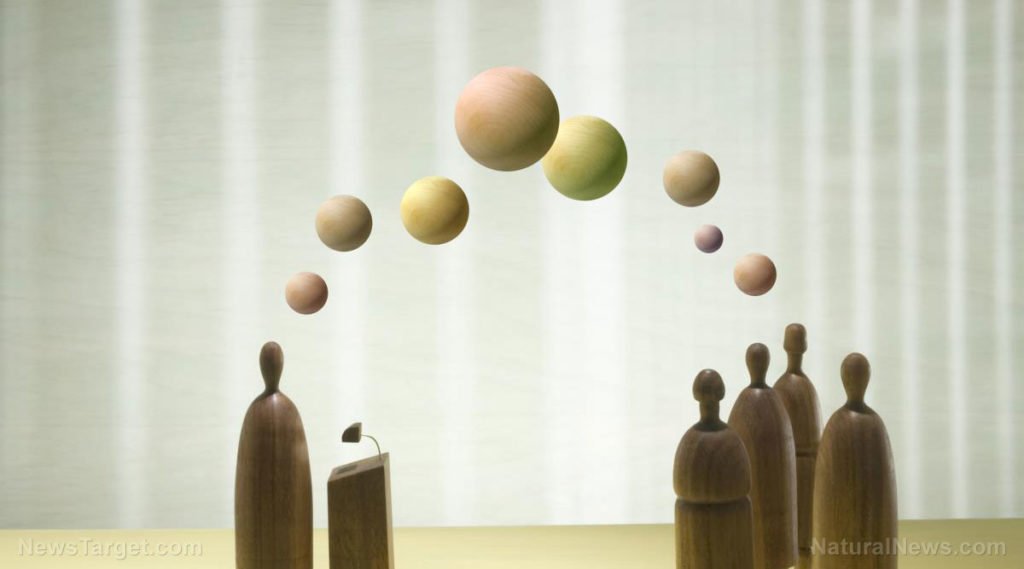 A crackpot theory no more, scientists from Massachusetts Institute of Technology just revealed they now possess the technology to beam voices into your head. For years , the mainstream media has been poking fun at anyone who actually believed the “powers that be” are desperately trying to usurp control over humanity — but some of the latest technological developments are clear indications that a totalitarian regime is brewing on the horizon.

At long last, scientists are now revealing the first wave of technology that could soon be used to bring the world at large to its knees. In 2018, we saw warnings of “pre-crime” policing systems come to pass, and video surveillance technology become more and more advanced.

Now, Massachusetts Institute of Technology (MIT) researchers say they have developed the technology necessary to beam voices right into your head. What could go wrong?

Putting thoughts into your head

Scientists from MIT have found not one, but two ways to transmit sounds directly to an individual’s brain via laser beam. A paper on their exploits was published in the journal Optics Letters in January 2019.

In a press release, researcher Charles Wynn said, “Our system can be used from some distance away to beam information directly to someone’s ear.”

“It is the first system that uses lasers that are fully safe for the eyes and skin to localize an audible signal to a particular person in any setting,” he added.

As Futurism reports, a material’s absorption of light can actually produce sound waves. This is called the “photoacoustic effect,” and both methods of sound-beaming technology rely on it to transmit tones, music and recorded speech via laser.

The MIT scientists used water vapor as their “material.” One of their chosen techniques was to “sweep” a laser beam at the speed of sound. By changing the lengths of the sweeping motion, they were able to “encode” different sounds.

As reported by Futurism:

This technique allowed them to transmit sound to a person more than 8.2 feet away at a volume of 60 decibels — about the loudness of background music or a conversation in a restaurant — without anyone between the source of the sound and the target hearing it.

The scientists also tried adjusting the laser beam’s power to encode a message. The team reported that this method produced a clearer response with lower volume.

A dangerous leap into the future

It is no surprise that proponents of this new technology are already promoting its virtues to the public. As usual, the powers that be are promising that the voice-beam technology will be used for “good” instead of evil.

While the MIT scientists say they hope to see the technology used to assist in dangerous situations, researcher Ryan M. Sullenberger disclosed that they also plan on commercializing their tech.

“We hope that this will eventually become a commercial technology. There are a lot of exciting possibilities, and we want to develop the communication technology in ways that are useful,” Sullenberger commented.

This voice-beam technology could be very useful for a variety of purposes — but that doesn’t mean it will be used for things that are “good” for the average person.

While this voice-beaming technology is an undeniably impressive feat, the fact remains that there are probably more “bad” uses for this technology than “good.” MIT researchers say it can be used by authorities to communicate covertly in delicate situations — perhaps during a school shooting event, they propose — but beyond a select few instances, it’s hard to imagine how mass commercialization of this technology is going to be possible without putting the freedom and privacy of the public at risk.

This kind of technology sets the stage for a number of unintended consequences — whether it’s having advertisements sent directly to your brain, or full-blown mind-control, it is painfully obvious that in the wrong hands, voice-beam technology can be used for a number of corrupt purposes.

See more coverage of the latest developments in mind control technology at MindControl.news.