Prepare For Change
Home Awakening Toxins in Vaccines: Should You Be Concerned? 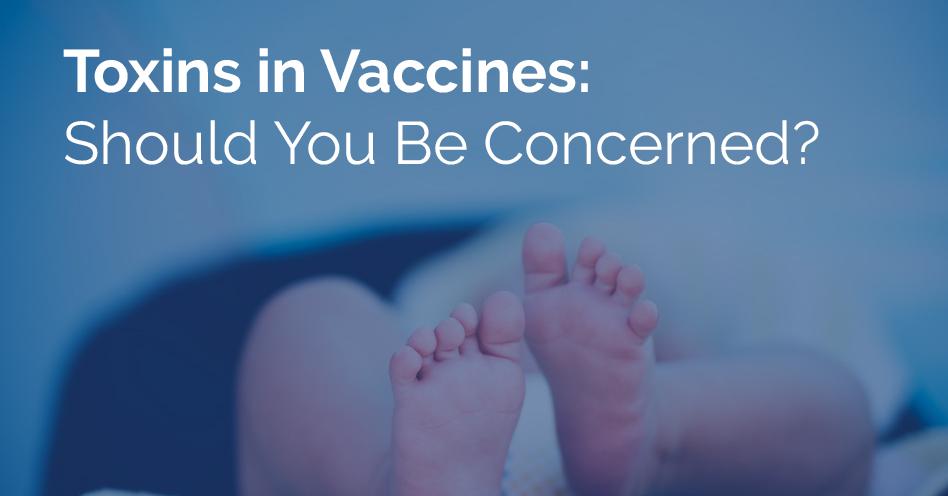 Vaccinations are one of the most controversial topics of the decade. It has left the world divided.

On one side, advocates claim vaccines are a necessity to stop the spread of preventable disease.

On the other side, people are more skeptical. They question the safety of vaccinations and have a deep concern for their potential toxicity.

What makes this controversy so challenging is that both sides are right. Vaccines can effectively prevent unnecessary disease and death. The problem is, vaccine manufacturers are not held accountable for what they put in their vaccines. They are also not required to individually test vaccine ingredients for safety.

As a result, vaccines often contain several ingredients that can cause considerable damage to your health.

In a perfect world, vaccinations would fight disease and contain safe ingredients. Sadly this is not reality.

Research has found that many vaccines contain a toxic cocktail of ingredients.

The most widely discussed controversial ingredient is a preservative called thimerosal—a mercury-based compound used in vaccines since the 1930s.

For some time, the media had the public convinced that thimerosal was completely safe.

But when independent researchers evaluated it, they discovered that thimerosal is significantly more toxic than mercury on its own. There’s also evidence that babies who are exposed to thimerosal are at risk for accumulating dangerous levels of mercury in their bodies.

Due to the large public backlash against thimerosal, it is now only used in a select few vaccines. But thimerosal is not the only toxic compound used in vaccines.

Vaccines also contain several other toxic compounds that get considerably less attention than they deserve.

To make matters worse, studies have also found that vaccines have varying amounts of heavy metals like nickel, cadmium, and lead.

Protecting Yourself from These Toxins

While many vaccines contain questionable and toxic ingredients that can expose your body to an accumulation of heavy metals, it doesn’t mean you should avoid vaccinating yourself and your children. Instead focus on ways to protect yourself from these harmful preservatives and toxins.

When receiving vaccinations, the most effective way to protect yourself from the harmful effects of the metals found in vaccines is to detoxify them from your body using a natural mineral called zeolite. Unlike other detox compounds, zeolite travels deep into your cells where toxic metals tend to accumulate. It then binds to the metals and transports them out of your body where they can no longer cause you harm.

We recommend the premium liquid zeolite supplement, Pure Body Extra Strength, from Touchstone Essentials. It’s the only activated zeolite on the market proven pure by 3rd party laboratory studies and sized properly for an effective detox. With every order placed from this link, we will receive a small commission that helps support our foundation and orphanage.

Use code PREPARE10 to save 10% off your first order ? Click here to get started