The month of March continues its madness with an unprecedented historical event—the formation of the first-ever world government—unfolding before our eyes.  What is happening is that the P2 Freemason lodge, the people who created monotheism, are making a deal with the Asian secret societies to create a “world federation government,” P2 and Asian secret society sources confirm.  The only people standing in the way now are Satan-worshipers and fanatical Zionists who still cling to ancient superstitions.

There are multiple news events that confirm this.  For example, take look at this picture of negotiations between China and Monaco on the official Chinese news site Xinhua.
http://www.xinhuanet.com/english/2019-03/25/c_137920727.htm

Does this look like negotiations between a two-square-kilometer country with a population of 38,400 and the government of 1.4 billion Chinese?  What is really going on is that Monaco is headquarters of the very powerful and secretive Monaco Freemason Lodge, otherwise known as P2.  This means Monaco is a powerful city-state rivaling Washington, D.C., the City of London, and the Vatican, P2 sources say.  They are discussing cooperation “in such fields as science and technology, innovation, ecological and environmental protection, wildlife conservation, and renewable energy.”

The Chinese official media are also openly talking about a “new era” as if it has already begun.  In describing Chinese President Xi Jinping’s visit to Italy, Xinhua reports, “China stands ready to join hands with Italy to firmly keep the direction of bilateral relations in the new era,” and negotiate “major issues such as the United Nations affairs, global governance, climate change and the 2030 Agenda for Sustainable Development.”
http://www.xinhuanet.com/english/2019-03/23/c_137916738.htm

The Asian secret societies decided to negotiate directly with the Italian secret societies following the failed summit meeting on February 27th between U.S. President Donald Trump and North Korean strongman Kim Jong-un.  This summit made it clear to them that Trump was not really in charge, MI6 and Asian secret society sources say.  That’s why Xi Jinping cancelled his planned March meeting with Trump and went to Italy “to meet the real bosses,” the representatives of the 13 bloodlines, say MI6 sources.

Now, the entire superficial story about the Trump/Kim summit being between an impoverished nation of 25 million people and the world’s superpower is falling apart.  For example, former CIA Korea mission chief Andrew Kim revealed as much when he told an audience in Seoul, Korea last week that Kim had demanded the complete demilitarization of both Hawaii and Guam as well as the dismantling of the U.S. Indo-Pacific naval fleet.
https://www.trunews.com/stream/former-negotiator-north-korea-has-denied-concept-of-denuclearization

The fact that Kim, ostensibly the head of a tiny, bankrupt nation, felt able to make such a demand confirms that he is in fact a senior Asian secret society boss, just as NSA sources have long been telling us.

In any case, another unusual sign came with the end of the Robert Mueller investigation of “Russian election interference” being announced on March 22—or 322, the Skull and Bones number. 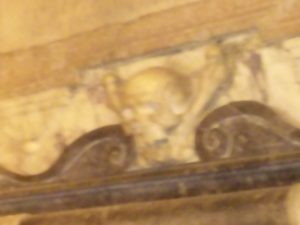 This date was chosen by the P2 people as a sign to insiders of a fundamental change, according to P2 Freemason sources.

It is also no coincidence that Japan is going to announce the name of its new era on April 1st and install a new Emperor on May 1st, Asian secret society sources say.

The birth of the new era is also going to be seen with the implosion of Zionism, multiple sources agree.  Pentagon sources say that if the Israeli people re-elect the Satan-worshiping mass murderer Benjamin Netanyahu as Prime Minister, then …

… there would be a short, sharp military campaign to remove the criminal Israeli and Saudi regimes.  The likely trigger would be a move by Russia, Turkey, Iran, Syria, Iraq, Jordan, and Egypt to seize the Golan Heights, Pentagon sources say.  The sources add that Trump’s “illegal” recognition of Israeli sovereignty over the Golan Heights “is not backed by U.S. military force and isolates Israel even further with massive international opposition from the UN, EU, UK, France, Germany, Egypt, Russia, Turkey, Iran, etc.”  The sources add that Trump “plays the puppet doing things for Israel until one day he doesn’t.”

The Golan issue is just “another nail in the coffin of Zionism,” the sources continue.  They note that the Zionist thought police Southern Poverty Law Center is imploding, and Democratic party politicians are boycotting a meeting being held by the AIPAC lobbying group (the American Israel Public Affairs Committee).  They are boycotting because most American Jews are waking up to the fact that it was Zionists who were really responsible for the Holocaust and are turning their backs on them.  Other signs of Zionist collapse were also seen last week as “Zionist donor Bob Kraft may be forced to sell the Patriots football team, and Brown University becomes the first Ivy League school where students voted 69% to divest from corporations doing business with Israel,” the sources noted.

The Pentagon sources are saying the release of the Mueller report exonerating Trump will lead to FISA declassification, the release of the Department of Justice Inspector General’s report, the unsealing of indictments, and military tribunals.  We have heard all this before and will believe in these tribunals when they actually happen.

One good way to start would be to arrest Jared Kushner.  Don’t forget, Kushner’s 666 Fifth Avenue building was where they were developing “mark of the beast” microchips to implant in people’s heads.  There’s enough evidence of Kushner’s criminality for some to even claim he is the Antichrist.
https://beforeitsnews.com/v3/religion/2018/2542730.html

“the book Kushner, Inc. has created a firestorm of media articles all pointing toward Jared Kushner following in his father’s footsteps, right into jail.  From using WhatsApp to communicate with world leaders, bypassing all official protocols and communications channels, to betraying the President’s trust at multiple levels, to violating multiple fraud, tax, and real estate laws, Kushner appears to be headed for dismissal from the White House and an ignominious end.  His wife—and the President’s daughter—has been exposed as a vacuous bimbo with a sense of entitlement that defies belief.”

In addition to the removal of Kushner, people are asking why high-profile pedophiles are not being rounded up.  The Qanon website has recently put out a lot of evidence linking high-level celebrities to Jeffrey Epstein’s Pedophile Island.  Since Trump was a visitor to this island and is the father-in-law of Kushner, he may himself have to be removed if he fails to take action on these fronts, CIA sources say.

The criminal investigation of Boeing over the remote hijacking and crashing of airplanes is at least a sign that some action against the cabal in the U.S. has already begun.  Even Acting Defense Secretary Patrick Shanahan is under scrutiny for his involvement, Pentagon sources say.
http://time.com/5555186/patrick-shanahan-defense-ethics-probe/

The sources say this investigation will “lead to scrutiny of its overpriced military equipment” and corruption in the Department of Defense and military-industrial complex, as well as corporate and U.S. government corruption.

The ongoing public exposure of criminal acts by the high-tech oligopolies is another sign.  The latest example is the confirmation that tech companies are illegally and systematically using mobile phones to eavesdrop on people for commercial and other purposes.  If you do not believe it, try talking about products you plan to buy and then take a look at what ads pop up the next time you surf the web.
https://www.thesun.co.uk/tech/8678640/proof-phones-listening-to-us/

Of course the Zionists are not going to go quietly into the night.  The high-tech companies, for example, are trying to get Chinese protection in exchange for technology transfers to China.  Part of this involves promises to provide the Chinese with complete mastery over the world’s population with 5G mind-control technology, Pentagon sources say.  The Pentagon is doing its best to stop this, they add.  Superficial confirmation of this can be seen here:
https://www.defensenews.com/smr/cultural-clash/2019/03/21/dunford-to-meet-with-google-for-debate-on-chinese-ties/

The Zionists are also going to keep trying to use computer graphics to spread disinformation and propaganda.  The latest example is another fake Neil Keenan video.
http://neilkeenan.com/neil-keenan-update-theres-a-new-sheriff-in-town-no-more-freebies/

Notice that the Keenan in this video is wearing a Jewish skullcap, while the real Keenan was a Roman Catholic.  My CIA contact in Indonesia, who speaks the language and has been there for 20 years, has confirmed that the Indonesian authorities have no record of a Neil Keenan entering their country.  He notes that this latest video and posting came out to coincide with the circulation of real bonds laying claim to 91,173 tons of Indonesian gold.  “This is another way the [bankrupt] Rothschilds are trying to access the [gold] bunkers, but it won’t happen,” he says.

There are likely to be more explosions, sabotage, orchestrated weather disasters, and more as the dying Zionist beast thrashes out in all directions.
https://www.channelnewsasia.com/news/asia/china-chemical-plant-blast-explosion-death-man-rescued-40-hours-11372312

The UK, for example, is readying for a tumultuous hard Brexit with plans to evacuate its leadership to bunkers, MI6 sources say.  The UK military is preparing to take over logistics such as food and fuel delivery in case the financial system computers (ATMs, etc.) shut down, they say.
https://news.sky.com/story/brexit-military-steps-up-preparations-in-case-of-no-deal-11671941

On a final note this week, we note that many people may denounce this writer as a “globalist.”  I wish to remind readers that all I am doing is reporting the world as it really is, not as I wish it to be.  However, the world does need to cooperate to stop the ongoing planetary-level mass extinction event, and that is what world leaders seem to be trying to do.