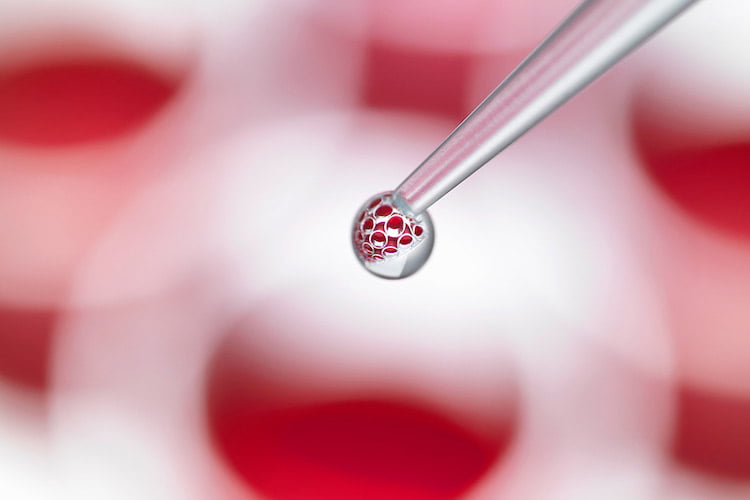 The USA Federal Drug Administration is looking into banning all Stem Cell Therapies.

dult stem cell therapy is enjoying widespread success around the world, but if the FDA gets its way, it may soon be banned here in the U.S.

There have been nearly 12,000 adult stem cell therapies performed in the United States with an over 90 percent success healing rate for mostly joint and spinal conditions. It involves using the patient’s own stem cells, so no patent-able drugs are involved.

They are targeting the most influential stem cell scientist in the U.S., Dr. Kristin Comella in Florida.

Many consider stem cell therapy the future of medicine. A stem cell can rebuild or create new cells in tissues, even in organ tissues other than those from which they had originally existed.

They could be considered seeds for growing body tissues. They are mostly able to function for cellular repair and growth no matter what organ is in need of repair or healing from chronic inflammation.

Embryonic stem cell therapy is the controversial one. It cultures or creates stem cells from terminated or aborted fetuses.

Currently, the FDA is harassing stem cell clinics that do not derive their stem cell solutions from aborted fetus tissue. They extract the stem cells from the patient’s own adipose tissue and inject them into areas where that same patient needs repair. It’s an autologous process called adult stem cell therapy.

U.S. Stem Cell based out of South Florida is one of the clinics being targeted by the FDA, and the clinic’s Chief Scientist is Dr. Kristin Comella, PhD.

Many other nations have been using adult stem cell therapy successfully over the past 15 years, leaving the USA dead last in this field. The FDA is trying to make sure it stays that way and allows costly pharmaceutical versions to prevail.

Dr. Kristin Comella and her clinic have been under attack from the FDA.

This short 3-minute video was produced interviewing Dr. Comella and some of her patients.

Examining and Comparing the Different Types of Stem Cell Therapy

Human embryonic stem cell (hESC) therapy has received most of the media’s attention and government support. But it is the most controversial because it involves extracting tissues from terminated human embryos, aka aborted fetuses.

In addition to moral and ethical issues, human embryonic stem cell (hESC) solutions create cells so rapidly where they’re injected they lead to cancerous tumors. To avoid that, researchers have to use immuno-suppressant drugs to curb the embryonic stem cells’ tendency toward cancer.

Using pharmaceutical drugs to curb hESC cancer side effect issues leads to other unexplored and unexpected side effects from those patented stem cell solutions.

But the profit motive for embryonic stem cell therapies was strong and a lot of government funds had been put into its research. Pharmaceutical companies were motivated because they could patent stem cells created from embryonic tissues.

Most importantly, adipose (fat) tissue yields up to 500 times more mesenchymal stem cells than bone marrow sources, according to Dr. Comella. These are potent stem cells that can differentiate into a wide variety of other cell types. Furthermore, the adipose white blood cell count is lower than bone marrow matter.

The outpatient treatment involves creating a very small and shallow incision that won’t require stitches on an area of skin covering adipose tissue (fat). From there, liposuction can withdraw a portion of the fat. This part of the procedure requires only a local anesthetic.

Then what is extracted is spun at high speed in a special centrifuge to isolate the stem cells which are then purified for IV drip delivery or injection into the same patient from whom it was extracted. Total costs range from five to ten thousand dollars or more in some cases.

Dr. Comella and her colleagues’ mission is to get adult stem cell therapy available for everyone. Private and government health insurance providers cover medical treatments that are much more expensive.

Why not cover one that would save money with its lower expense and fewer side effects?

Over the years, there have been nearly 12,000 adult stem cell therapies performed in the United States with an over 90 percent success healing rate for mostly joint and spinal conditions as well as heart and lung issues.

But the three known adverse side effect cases continually get all the media attention.

The Panama College of Cell Science, which helped launch Kristin Comella’s research and development, had this to say about her:

Through Dr. Comella’s leadership, she and her team have trained and certifiedmore than 700 physicians worldwide in adult stem cell therapy.(Source)

The interview below allows the energetic Dr. Kristin Comella to give a thorough and upbeat description of adult stem cell therapy.

There were complaints from some MDs that the adult stem cell practice should be regulated by the FDA. The Panama College of Cell Science responded to those outcries with this statement:

The motive in opposing adult stem cell therapy is money. The big institutions want to keep federal funding of embryonic stem cell research at a high level with the promise that cures are “just around the corner” despite the fact that embryonic stem cells will never be useful in any way for patient treatment because they immediately cause tumors when transplanted. (Source)

Adult stem cell therapy is an autologous treatment method. The stem cells are not lab-created. They are only isolated and purified after extracting them from the patient being treated. Injecting them back into that patient powers up the body’s own healing mechanism to overcome chronic ailments.

The FDA didn’t and shouldn’t have anything to do with regulating stem cells from one’s own body. That situation has recently been arbitrarily and suddenly changed.

Around 2014, the FDA started tweaking their guidance rules for stem cell therapy with the purpose of getting new rules made into laws through Congress that could be interpreted according to FDA whims and enforced arbitrarily. Their agenda is to consider adult stem cells as FDA-regulated drugs.

During our phone conversation, Dr. Comella explained how the FDA ignored testimonies from adult stem cell practitioners during their 2015 public hearings regarding new guideline proposals. Then they arranged to create new rules behind closed door meetings that included pharmaceutical industry allies and insiders.

The result was that by 2017, the FDA’s hands-off policy with adult stem cell therapy came to a sudden halt after years of highly successful stem cell practice.

By 2018, the FDA got nastier with the “the most influential clinician on the subject of adult stem cell therapy” as its target. The FDA started doing inspections of Dr. Comella’s South Florida clinic that are designed for labs that manufacture drugs.

The standards for hospitals and clinics are not as strict as drug manufacturers. Those inspections were inappropriate for a clinic. But those inspections made it easier to create damaging reports.

When the inspectors came by, they demanded to go into rooms while treatments were taking place with semi-nude or nude patients, which Dr. Comella prohibited. The inspectors also demanded to view patient medical records. She allowed that after redacting their names on the copies she gave them.

Soon after the inspections, the FDA served Dr. Comella with a lawsuit for practicing medicine with unapproved drugs. The “drugs” were only those stem cell solutions drawn from patients to be used on them.

The FDA has allegedly offered to drop the lawsuit if Dr. Comella signed an agreement to stop doing adult stem cell therapy and no longer promote it.

She refused. She said she has witnessed people leave their wheelchairs for good from this therapy. The trial is set for a Federal Court hearing beginning June 2019, in Miami, Florida.

If Dr. Comella loses this court case, adult stem cell therapy in the USA may be forced out of the country and only be available to those who can afford medical tourism.