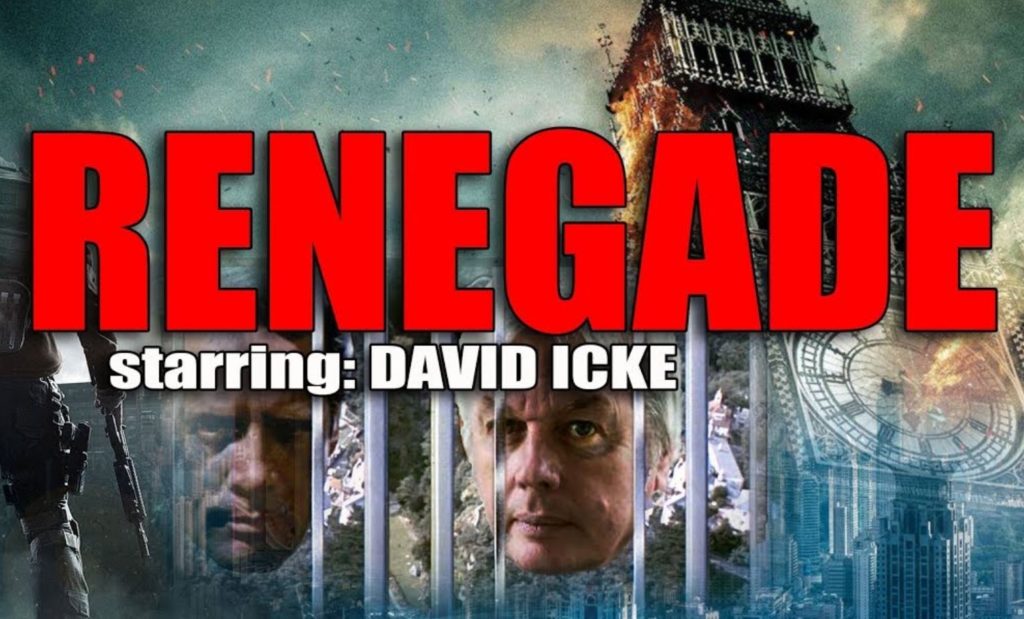 Premiering this April across the United Kingdom and United States is Renegade (https://renegade-film.com/) – the first authorized documentary exploring the life of famed conspiracy theorist David Icke. Icke has been warning for nearly 30 years of a coming global Orwellian state in which a tiny few would enslave humanity through control of finance, government, media and a military-police Gestapo overseeing 24/7 surveillance of a microchipped population.

“I have been waiting for this opportunity for so long, the chance to get this information out to a wider audience in a top class, professional way like never before. This is a chance for people to see what I really stand for and why I have done what I do for 30 years,” said David Icke.

In Renegade we learn:

A former professional soccer player and sports broadcaster, David Icke is an English writer and public speaker, best known for his views on what he calls “who and what is really controlling the world.” Self-described as the most controversial speaker in the world; he is the author of over 20 books and numerous dvds. Through his lectures in over 25 countries, Icke has attracted a global following that cuts across the political spectrum. His book, The Biggest Secret, has been described as “The Rosetta Stone for conspiracy junkies.” After being told by a psychic that he was a healer who had been placed on earth for a particular purpose, Icke held a press conference to announce that he was a “Son of the Godhead.” Through his writings, Icke has developed a worldview that combines new-age spiritualism with a denunciation of totalitarian trends. He believes that many prominent figures belong to the Babylonian Brotherhood, a secret group of shapeshifting reptilian humanoids that control humanity.

The Revolution That Will Change Everything | DAVID ICKE 2021

There Is No Virus. When the Penny Drops. All Else Follows!

The Tide is Turning – David Icke