Prepare For Change
Home Awakening The Matrix at 20: how the sci-fi gamechanger remains influential 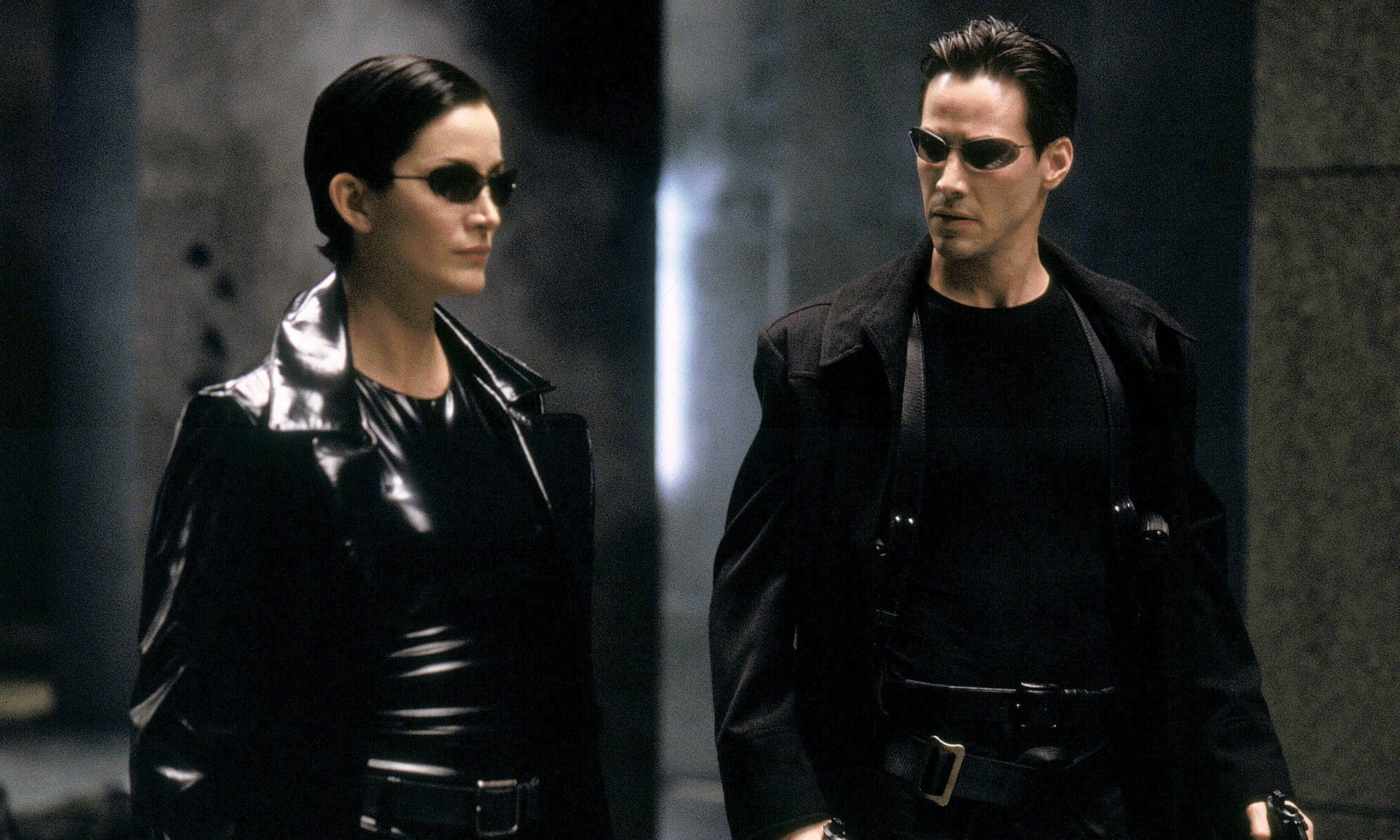 By Scott Tobias with The Guardian

In 1999, the sci-fi thriller became an instant pop culture phenomenon and in the years since, its influence on the industry and audiences has endured.  When The Matrix came out 20 years ago, the internet was still in its infancy, confined by the limits of dial-up modems, Netscape browsers and the startup discs that EarthLink and AOL tucked in mailboxes across the country. If you wanted to use the internet, you usually had to sacrifice your phone line, and those with constant busy signals were regarded as hopeless shut-ins, like a flannel-swathed Sandra Bullock ordering a pie from Pizza-dot-net. To the extent that films were thinking about the possibilities of online life, they were usually defined by suspicion and terror, such as the VR corporate sabotage of Disclosure or sick allure of a chatroom sadist in Dee Snider’s StrangeLand. The landscape was changing, but all they could think to do was freak out and disconnect. 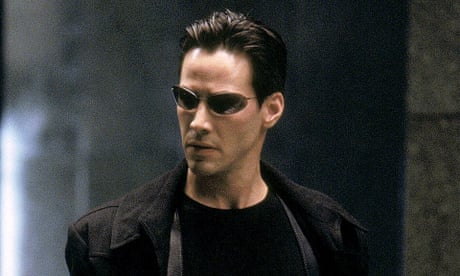 The Matrix wasn’t about the internet per se – it takes place in a dystopian future, approximately 200 years from the present – but it understood where things were headed far better than any film did at the time. Back in 1999, the mind-expanding adventures of Neo, Trinity and Morpheus in a world ruled by machines felt more like a technical revolution than a cultural one, an ultra-stylish Hollywood thriller that wedded the balletic cool of Hong Kong action cinema with the stunning elasticity of CGI. Its influence was felt most immediately in the look of summer blockbusters that followed, which mimicked its gothic sheen and made a cliche of its “bullet-time” effects.

Yet objects tend to shift during flight, and in the year 2019, The Matrix has endured as both touchstone and Rorschach blot, a way for people of vastly different ideologies to make sense of the world around them. The effects are still a marvel, but the film’s ideas have taken root in a destabilized culture where conspiracy theories flourish and individuals are defining for themselves what is and isn’t real, and what constitutes freedom in a heavily monitored, highly synthetic technological space. Neo may “follow the white rabbit” into a Wonderland of personal discovery, but we’re citizens of Wonderland now, having made a second home for ourselves where the laws of gravity don’t apply.

Kicking off a millennium choked with Chosen One heroes, The Matrix builds off the prophecy that the hacker Neo (Keanu Reeves) – AKA Thomas Anderson, a lowly software programmer by day – is “the One”, a man with the special skills necessary to liberate humanity from the machines that have enslaved them and turned them into a batteries for bioelectric power. As Morpheus (Laurence Fishburne) explains to Neo, the world as he knows it is an artificial construct, an elaborate palliative designed by the machines to control its human hosts. The actual world is a blackened hellscape and the few free humans left have retreated to the underground refuge of Zion. The agents representing the machines, led by Agent Smith (Hugo Weaving), seek to destroy Zion, and there’s not much Morpheus, Trinity (Carrie-Anne Moss), and the crew of the Nebuchadnezzar hovercraft can do about it. Only the One has that kind of power.

It’s clear to anyone who watches The Matrix who the heroes and villains are – there are no “the Galactic Empire is right” counter-theories floating around – yet the takeaways have diverged to opposing ends of the political spectrum. The film advocates for freedom, but different people have different ideas of what that means, which makes it possible for the film to be embraced by the far right and the transgender community, and both can get what they need out of it. Its malleability is its defining quality – “there is no spoon,” Neo learns, it is yourself that bends – and so naturally it can accommodate many different readings at once.

There are essentially two ways of looking at the film: 1. The world as you know it is a lie. 2. The world as you know it is changeable. The first way is narrow and pessimistic, but it explains why the notion of “red-pilling” has become so popular in the far right, which seeks to recruit new members by showing them the ugly truth about their environment. When you can persuade someone that their assumptions and perceptions are wrong – that everything they know is sanitized propaganda – they can then see things through an entirely new lens, one helpfully provided by the red-piller. This is how grand unifying theories like QAnon take root.

Yet the idea of the world as changeable seems far closer to what the film’s creators, the Wachowskis, had in mind. In the time between then and now, the Wachowskis have both gender transitioned and The Matrix seems at least a subconscious reference to the evolution to come. Much has been written about the film as trans allegory, and the reading bears out in the possibility for humans to define themselves however they like, outside the fixed identities enforced by the machines. Whenever Agent Smith snarls “Mr Anderson”, it feels like a menacing taunt, his refusal to allow Neo to untether himself from the matrix and discover who he actually is. That goes beyond red-pilling, which is about the authoritarian business of telling someone how things really are, and grants them the latitude to figure it out on their own.

“There’s a difference between knowing the path and walking the path” is the last piece of advice that Morpheus gives Neo – a line that sounds like kung-fu theater, but feels like a philosophical gift the Wachowskis are bestowing on the viewer. For a film of such immense scale and complexity, The Matrix now seems remarkably personal and hopeful about the future, which separates it from the technophobic films of the day. Neo may be shaken by learning the dystopia and falsehood of the world as he once understood it, but other paths open up where he can become fully himself, unbound by the dictation of others. The internet has helped make that positive transformation possible, and the Wachowskis saw it long before other film-makers did.