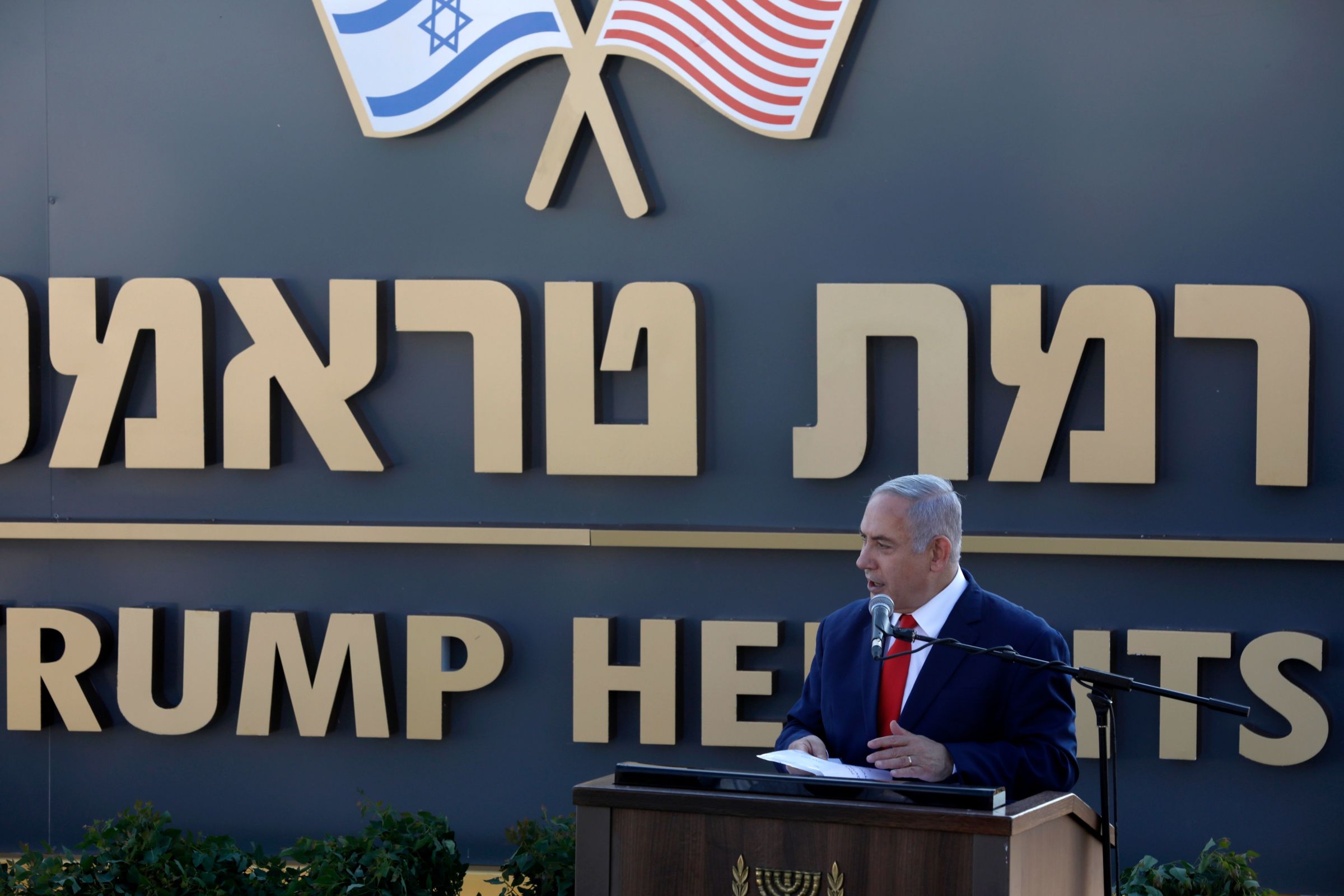 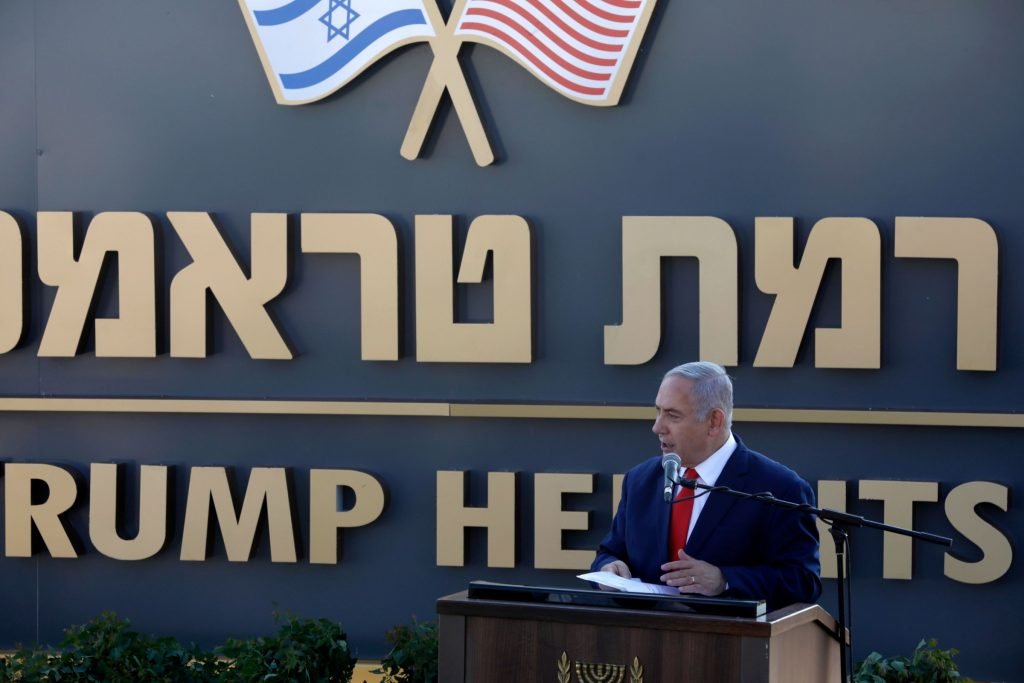 Israeli Prime Minister Benjamin Netanyahu gives a speech in front of the newly unveiled sign for the new settlement of “Ramat Trump,” or “Trump Heights,” named after the incumbent U.S. president during an official ceremony in the Israeli-annexed Golan Heights on June 16, 2019.JALAA MAREY / AFP / GETTY IMAGES

In what critics denounced as an obscene celebration of land theft and a violation of international law, Israeli Prime Minister Benjamin Netanyahu on Sunday showed his appreciation for U.S. President Donald Trump’s decision to recognize the occupied Golan Heights as Israeli territory by unveiling a new illegal settlement named “Trump Heights.”

As Common Dreams reported, Trump’s recognition of the occupied Syrian territory as Israeli property in March was widely condemned by international observers.

“This is a historic day,” Netanyahu said after dramatically uncovering the “Trump Heights” entry sign, emblazoned with large gold letters.

Israel just unveiled "Trump Heights" — a community named after President Trump that sits on a contested frontier with Syria pic.twitter.com/vMhryzMEFF

As Haaretz reported, no new community was actually established in the occupied Syrian territory on Sunday, as the move must be approved and finalized by the government.

“There isn’t really any settlement there yet, just a sign, just as there isn’t any reality to Trump more generally, just an empty suit,” historian and Middle East expert Juan Cole wrote in a blog post on Monday.

“Given that Trump is a narcissistic fraud, it is appropriate that his name be attached to the illegal Israeli theft of Syrian territory. In fact, we should just call the Occupied Palestinian Territories in general Trumpland, a fraud and form of robbery like his ‘university’ and ‘steaks’ and ‘airline,’” Cole wrote. “Trump Heights is such a great name for the colony built on theft, since Trump’s whole life has been about being wealthy and powerful enough to escape the consequences of his crimes.”

Others expressed similar disgust at Netanyahu’s announcement, which was quickly hailed by Trump as a “great honor.”