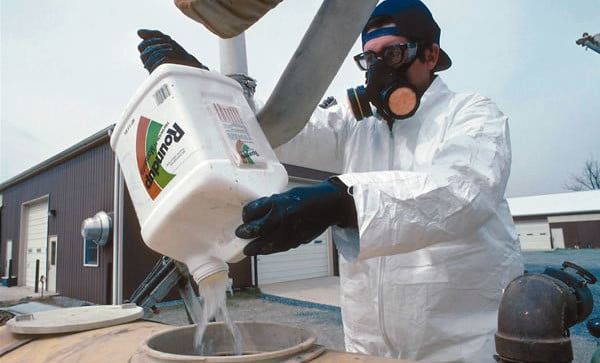 Following the recent bans on the use of glyphosate-based herbicides by cities and institutions in the U.S., including Key West, Los Angeles, the University of California and Miami, Sustainable Pulse decided to research which countries around the world have banned or restricted the use of the world’s most used herbicide.

This research has led to the discovery that there is a growing swell of government level support worldwide for bans on glyphosate-based herbicides for both health and environmental reasons.

17 countries have now banned or restricted the use of this carcinogenic herbicide.

Previous research by Sustainable Pulse on the number of countries that have banned GM Crops has reached millions of people and we look forward to our latest research reaching an even wider audience. Sustainable Pulse welcomes additions or edits to the list below from readers and experts from around the Globe.

Malawi: Malawi’s Ministry of Agriculture, Irrigation and Water Development announced the suspension of import permits for glyphosate in April 2019.

Vietnam: Vietnam announced that it banned the import of all glyphosate-based herbicides with in March 2019 following a cancer trial verdict from San Francisco

Sri Lanka: In 2015 a full import ban on all glyphosate-based herbicides was put in place by the then newly elected President Maithripala Sirisena. This ban was partly lifted in July 2018 but only for use on tea and rubber plantations.

Six Middle Eastern countries banned the import and use of glyphosate-based herbicides in coordination with each other in 2015 and 2016:

St Vincent and the Grenadines: In August 2018 Agriculture Minister Saboto Caesar called on all stakeholders to be understanding of the new suspension on glyphosate-based herbicides “in light of the nation’s quest to promote a safe working environment and good agricultural health and food safety practices.”

Belgium: In October 2018 the ban on the sale of broad-spectrum herbicides (including glyphosate) to non-professional users entered in to force across Belgium.

Czech Republic: In 2018 the Czech Republic put strict restrictions on the use of glyphosate and banned pre-harvest spraying; “These substances (glyphosate-based herbicides) will only be employed in cases when no other efficient method can be used,” Agriculture Minister Miroslav Toman said.

Denmark: In July 2018, the Danish government implemented new rules banning the use of glyphosate on all post-emergent crops to avoid residues on foods.

France: In 2017 France banned the use of glyphosate and all other pesticides in public green spaces. In November 2018 President Macron said he would take all measures necessary to ensure that glyphosate-based herbicides are banned in France as soon as an alternative is available and at the latest within three years. However, he has since stated that this deadline may only be 80% met.

Italy: In August 2016 Italy’s Ministry of Health banned the use of glyphosate in public areas and also as a pre-harvest spray.

The Netherlands: From the end of 2015 the sale of glyphosate-based herbicides has been banned to all non-business entities.

Test Your Food and Water at Home for Glyphosate – Click Here

Test Your Hair for Glyphosate and other Pesticides – Click Here to Find Out Your Long-Term Exposure.