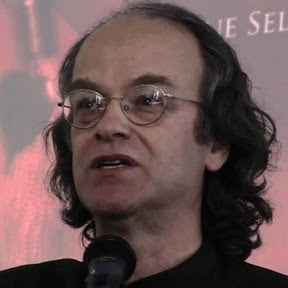 Investigators on Canada’s west coast have uncovered the suspected mass graves of indigenous women and children at three separate locations. This announcement came today after months of independent investigations conducted by the ITDC that have relied on police, media and aboriginal sources.

According to the report of the ITDC investigators,

“The grave sites are found on the coast and in the interior. According to sources and our initial surveys, these sites contain the remains of many hundreds, perhaps thousands of aboriginal people, including many women and children. One of these sites contains very recent burials laid atop an older mass grave of Indian residential school children. These sites have been known to local aboriginals but the latter have been threatened and silenced by the RCMP and tribal council officials. Local residents claim that RCMP officers and private ‘hit squads’ are responsible for the killings and burials. One witness observed an RCMP tactical unit burying bodies as recently as late March, 2019.”

In response to this discovery, at 10:00 am eastern time today a formal request was issued to the United Nations Security Council and to the UN Peacekeepers Office by the ITDC. That request asked for UN Peacekeepers and Forensic Specialists to be immediately dispatched to British Columbia to assist this investigation and to be present at an International Genocide Tribunal convened under ITDC auspices in Vancouver on September 16, 2019.

Prime Minister Trudeau and twenty other high officials of church, state and business have been publicly summoned to appear before this Tribunal to answer charges of complicity in Genocide. (see attachment)

The September 16 Tribunal was prompted by Prime Minister Trudeau’s public admission on June 3 that genocide has occurred within Canada, and by the corollary obligation imposed on UN member states by the Genocide Convention to “prosecute and punish” that crime.

“Our request for UN Peacekeepers and Forensic Specialists is not made lightly, especially in the light of the discovery of these mass graves. They need to be disinterred and examined and charges brought against those responsible, like at any suspected crime scene” said ITDC Field Secretary Kevin Annett today.

Annett continued, “This is a dangerous effort. Seven of our aboriginal eyewitnesses and activists have died of foul play in the course of our investigations of the disappearance of aboriginal families on Canada’s west coast. As Human Rights Watch has shown, the RCMP are directly implicated in these assaults and disappearances. Our naming of top Canadian officials as possible co-conspirators in an ongoing genocide makes this danger all the more real.”

Further evidence of the recently discovered mass graves will be revealed at a special press conference and gathering on Parliament Hill in Ottawa, Canada on Monday, July 8 at 10 am. The ITDC has asked that UN Peacekeepers be present at this event to protect its public spokespeople, including ITDC Field Secretary Kevin Annett.

Annett has recently faced illegal arrest and detention, and other harassment, at the hands of the RCMP and Canadian Border Services Agency. The ITDC considers these attacks as further attempts by Canada to obstruct justice and derail an international human rights inquiry into its crimes.

For more information see www.murderbydecree.com and contact the ITDC at [email protected] .