Prepare For Change
Home Awakening Gold-Buying Spree: Governments Around the World Are Preparing for Collapse of US... 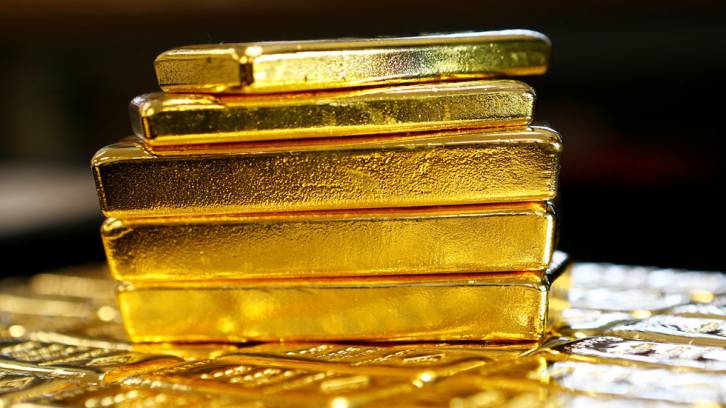 Governments around the world have recently been on a “gold-buying spree.” These countries have a tactful reason for doing so, and this reason is directly tied to the anticipation of the inevitable end of US hegemony.

Central banks are among the largest purchasers of gold. So far in 2019, they have bought 145.5 tons of gold, which is more in a quarter of a year than central banks have purchased in the preceding six years. To put it bluntly, this figure represents a 68 percent increase from the year before. Last year, central banks increased their reserves by 651.5 tonnes compared to 375 tonnes in 2017. Reportedly, this is the largest net purchase of gold since 1967.

Most interesting, however, is the class of countries that we find are turning to hoarding more and more gold, many of which are deemed to be adversaries of Washington.

As always, Russia is the largest buyer of gold. In 2018, Russia’s Central Bank purchased 274.3 tons of gold. It also dumped 84 percent of its US treasury debts (we will come back to why this is important later.)

Turkey, another country which has signalled a shift away from the US-EU alliance and a greater willingness to cooperate with US economic and military rivals such as Russia, China, and even Iran, has sold off around 38 percent of its US debt and purchased more and more gold.

Other notable nations increasing their gold supply include Kazakhstan , Ecuador, Qatar, Serbia and Colombia, according to recent statistics. Even the Philippines has joined the gold-bandwagon, increasing its gold holdings in foreign reserves, as well as passing gold-specific legislation to assist small-scale miners in the country.

As a commodity, gold is interesting for a number of reasons. While many countries may have a vested interest in moving away from the stranglehold of the US and rely less and less on the dollar, we still have to ask ourselves: why would gold provide a meaningful solution in the interim?

Well, as Incrementum AG’s annual “In Gold We Trust” report explains:“trust looks to the future, forms itself in the present, and feeds itself from the past. As monetary asset, gold can look back on a successful five-thousand-year history in which it was able to maintain its purchasing power over long periods of time and never became worthless. Gold is the universal reserve asset to which central banks, investors, and private individuals from every corner of the world and of every religion and every class return again and again.”

You see, this isn’t just about a secret, twisted desire of a handful of nations who seek the destruction of the United States economy. In fact, I would venture to say it is the complete opposite. It is about the erosion of trust. The United States can no longer be trusted to act fairly on the international stage. It imposes its will on other nations, using the leverage it maintains over the US dollar to strongarm countries into submission. As Iranian Foreign Minister Mohammad Javad Zarif said in a recent interview:

“This is what I believe is happening to the international community…that is people think twice before they talk to the United States because the know that what they agree today may not hold tomorrow.”

Essentially, gold gives people “comfort.” You don’t have to go too far to see this type of thinking spreading to nations which once were regarded as close allies of Washington. According to a Malaysian outlet called Free Malaysia Today, Malaysian Prime Minister Dr Mahathir Mohamad recently called for the formation of a new currency backed by gold, which he believed would protect East Asian economies from trader manipulation.

He also reportedly spoke about the influence of the US and how it was not advantageous for the international financial markets to be tied to a single currency belonging to a nation state.

“You [the US] are not democratic,” Mohamad said. “That is not for any single power to decide. If you want to live in a united world, a stable world, we must resort to sustainability through agreement between all nations that have a stake in that problem.”

Once upon a time, the US dollar was backed by the gold standard in a framework known as the Bretton-Woods agreement. The system ended up being short-lived, as President Richard Nixon announced that the US would be abandoning the gold standard in 1971. Instead, the Nixon Administration reached a deal with Saudi Arabia which became known as the Petrodollar Recycling system as the nations involved would have to invest excess profits back into the US. Sooner or later, every single member of OPEC had begun trading oil in US dollars.

While typically written off as a conspiracy theory, a widely undervalued economic theory stipulates that Washington’s ability to dominate the global financial markets is predominantly explained by the fact that all oil exports are conducted in transactions involving the US dollar on the international market (with only a small number of exceptions). The US dollar is also the world reserve currency, meaning most global transactions are done using the dollar anyway.

“It does matter slightly that the trade typically takes place in dollars. This means that those wishing to buy oil must acquire dollars to buy the oil, which increases the demand for dollars in world financial markets.”

Those people who write this arrangement off as a conspiracy theory just aren’t reading the right commentaries. As far back as 1989, writing in his book The Roaring ‘80s, former Rhodes Scholar, Emmy Award-winning TV host, and Wall Street insider George Goodman (a.k.a. Adam Smith) brilliantly explained why the US dollar was so strong and had yet to have had its bubble popped:

“First, we have a large reservoir of moral credit from our position as a world military leader and from our past as an investor and lender. Second, the dollar is the key currency. Dollars are what the world banks in, insures in, denominates. Before the dollar, it was the pound sterling, and the British got an extension on the tenure of their empire because the world hadn’t found another currency in which to denominate. If you operate in the key currency, it takes longer for the whistle to blow.”

Even if it was a crazy, baseless conspiracy theory for fringe YouTube communities, these are the terms in which the rest of the world certainly views this one-sided financial arrangement. This line of thinking also explains why the US uses its stranglehold over the dollar to bully other countries into submission through the use of sanctions. It also explains why other nations see Washington’s power over the global financial sector as its Achilles heel ultimately.

As stated by the head of Russia’s second largest bank Andrei Kostin in a speech last year:

“The reign of the dollar must end…This whip that the Americans use in the form of the dollar would then, to a great extent, not have such a serious impact on the global financial system.”