Prepare For Change
Home ARCONTES Crypto Chaos: This Is What You Need To Know Now 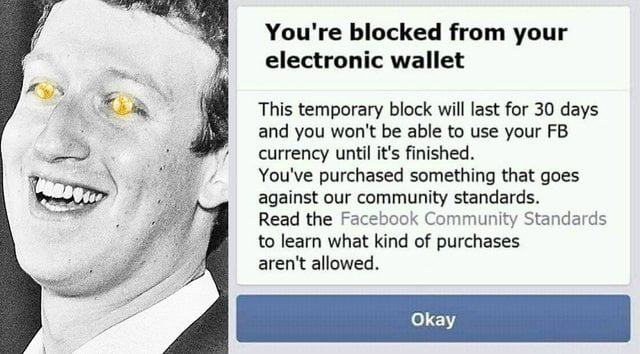 By The Dollar Vigilante,

While bitcoin is booming, a Facebook co-founder is sounding the alarm about giving your bucks to Zuck.

“What Libra backers are calling ‘decentralization’ is in truth a shift of power from developing world central banks toward multinational corporations and the US Federal Reserve and the European Central Bank,” warned Chris Hughes.

Tread warily; you’re not in The Twilight Zone, but it’s true. Longtime competitors Visa and Mastercard, the T-Rex and Godzilla of financial services, have partnered with Facebook to launch Libra, a certifiedscamcoin.

Even PayPal is on board with the giant hoax.

As rumors leaked, I first reported on the speculation of this fake crypto weeks ago. With the “white paper” now released, the social network’s newly announced digital currency is being hailed as ‘brilliant’ by Jim Cramer, a madman who gets paid to give terrible advice on TV.

“It will work even for the check-cashing people who have no um, uh-uh, um, er, muh, uhm uh…” mumbled Crazy Cramer, trying his hardest to seem informed.

“…that’s what the blockchain is!” He has no clue.

The news is clearly not all bad, though! As BTC just soared past $10,000 again—now close to $11,000—ZuckBucks may actually help lead to billions of people having exposure to more authentic cryptocurrencies like Bitcoin and Monero (XMR). Supposedly, the Federal Reserve isn’t even sure what to do about all this yet, but Con-gress wasted no time in trying to shut it down!

Meanwhile, Peter Schiff, who loves to hate on crypto, immediately celebrated and praised the so-called “stablecoin” upon it’s official announcement.

Then when BTC broke $10k, the FOMO returned, making Shill sad and angry. He cried on Facebook: “Hopefully this bubble deflates soon.”

Salty Pete and I are actually scheduled to debate at FreedomFest in Las Vegas next month. I have a feeling it’s gonna get wild!

The fact is, FraudBook’s Calibra is mostly controlled by big corporations. It’s not decentralized and it’s not a real blockchain.

Still, the future is bright for truly open, public, permissionless, borderless, neutral, censorship-resistant blockchains. The Libra con is none of these things.

If you trust the clowns on CNBC, you’ll eventually lose all your money. My dog Lucy understands more about economics and cryptography than those statist noobs!

Yes, it’s quite a bit to unpack, but I cover what you need to know most (like how you can profit from all of this) in my latest vlog, plus Lucy shares her thoughts on the $hitcoin.

Filtering through the noise and keeping up with the most important changes in finance, politics, and investing can be challenging. Mainstream media reports just mislead and confuse.

For valuable insights on market trends and the important news they don’t want you to read, join The Dollar Vigilante, our exclusive newsletter and community. We recommended investing in BTC back when it was just $3 and ETH when it was only $2 (SUBSCRIBE).

If you’re going to survive the crash of the dollar, you need reliable information. To prosper from the greatest opportunity of our lifetime, you need a winning strategy.

The question I get asked most:

The Great Wealth Transfer has begun. I’m going “all in” this cycle, and I reveal why HERE: http://dollarvigilante.com/wright