Prepare For Change
Home ARCONTES Why Is Israel Not Being Held to the Same International Standards as... 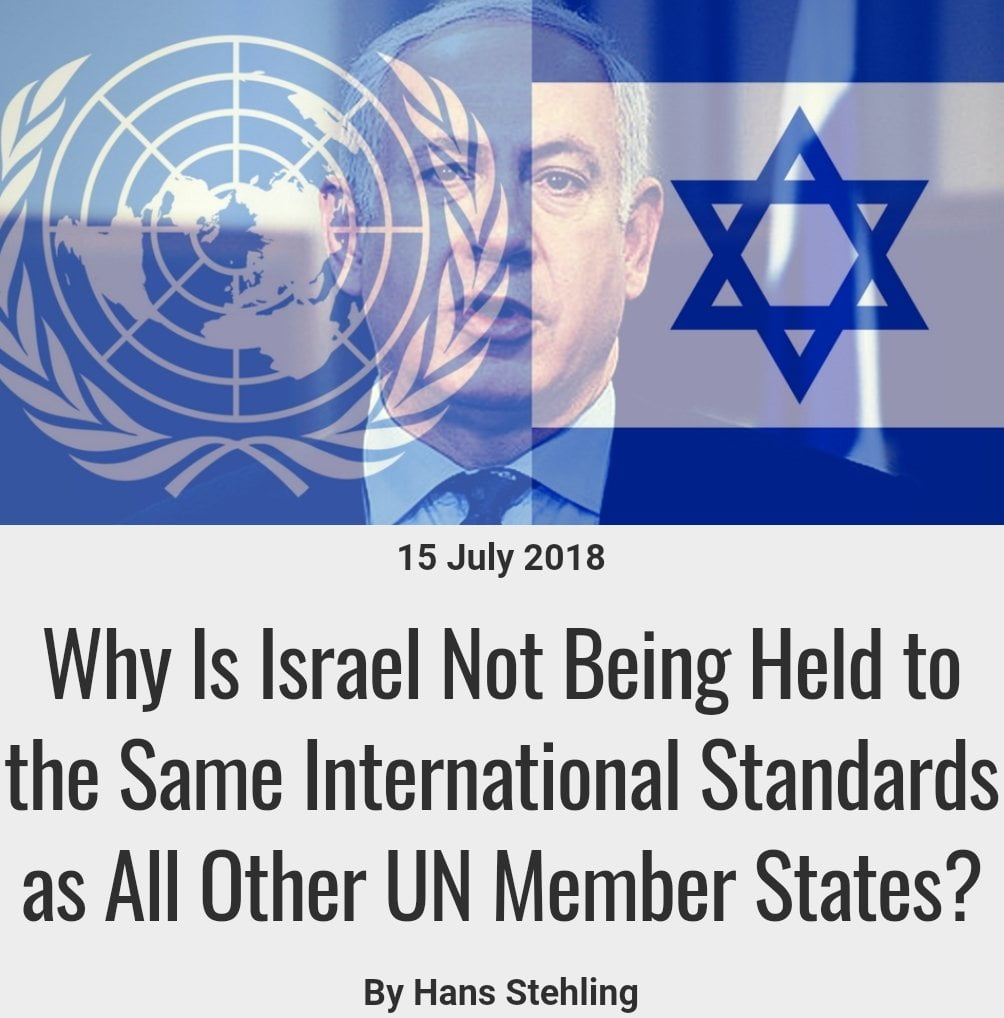 Why is Israel not subject to the regulation and inspection of the International Atomic Energy Agency (IAEA) of the United Nations?

Why is Israel not a party to the nuclear Non Proliferation Treaty (NPT).

Why is Israel not a party to the Organization for the Prohibition of Chemical Weapons (OPCW)?

Why is Israel not a party to the Chemical Weapons Convention (CWC)?

Why is Israel not a party to the Biological Weapons Convention (BWC)?

Why is Israel allowed to ignore UN Security Council Resolution (UNSCR) 2334 which states that ‘Israel’s Settlements Have No Legal Validity and Constitute a Flagrant Violation of International Law’and which requires the removal of all illegal settlements in the Occupied Territories?

Why is Israel allowed to maintain an inhuman, 11-year illegal blockade of essential goods and services against 1.8 million civilians in Gaza, now virtually without electricity 24/7 and kept near to starvation and collapse, in an Israeli bid to illegally force regime change?

Why is Israel allowed to illegally occupy the Syrian Golan Heights?

Why is Israel allowed to illegally occupy the old city of Arab East Jerusalem?

Why is Israel allowed to have induced 600,000 of its citizens to illegally occupy the Palestinian West Bank in violation of the Geneva Conventions on Human Rights?

Why is the state of Israel uniquely in the world today allowed to violate international law and United Nations Resolutions with impunity?

Why is the Israel Lobby allowed to infiltrate the US Congress, the British Parliament and other legislative councils worldwide when Israel is in gross breach of international law on a daily basis? Why?