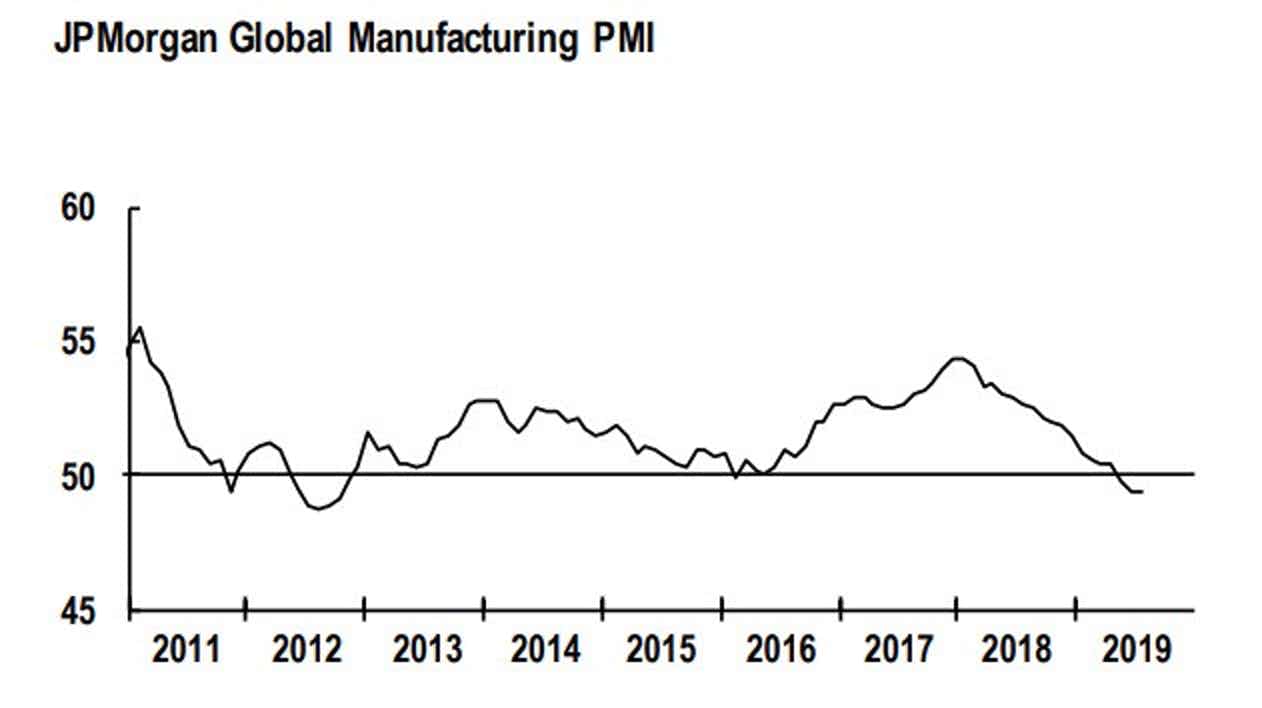 The Markit Global Manufacturing PMI is in the third month of contraction.

Conditions in Germany’s manufacturing sector showed the greatest deterioration for seven years in July, according to the latest PMI® data from IHS Markit and BME, led by the steepest drop in new export orders since 2009. Output also fell at a faster pace, with manufacturers making more aggressive cuts to employment and purchasing activity.

▪ Sharpest recorded reduction in employment for over six years

Markit reports stable conditions with the PMI in Slight Contraction.

At 49.9 in July, the headline seasonally adjusted Purchasing Managers’ Index™ (PMI™) – a composite indicator designed to provide asingle-figure snapshot of operating conditions in the manufacturing economy – posted only fractionally below the neutral 50.0 level to signal broadly stable conditions across China’s manufacturing sector. This followed a marginal deterioration in the health of the sector during June (PMI reading of 49.4).

US Flirting with Contraction

Earlier I commented on conditions in the US noting ISM and Markit PMI On Verge of Contraction.

My expectation is that the US would contract next month. See link for my reasons.

And this was before Trump threw a monkey wrench into the manufacturing setup with another extremely tariff hike on China. In the Lie of the Day, Trump Hikes China Tariffs By 10%, Says “Trade Talks On Track”

If you think you are going to get a recession warning, you are probably wrong. For discussion, please see Manufacturing Recessions vs Real Recessions: How Much Lead Time Do You Expect?