Prepare For Change
Home ARCONTES Abortion Kills More Black Americans Than Every Other Cause of Death Combined:... 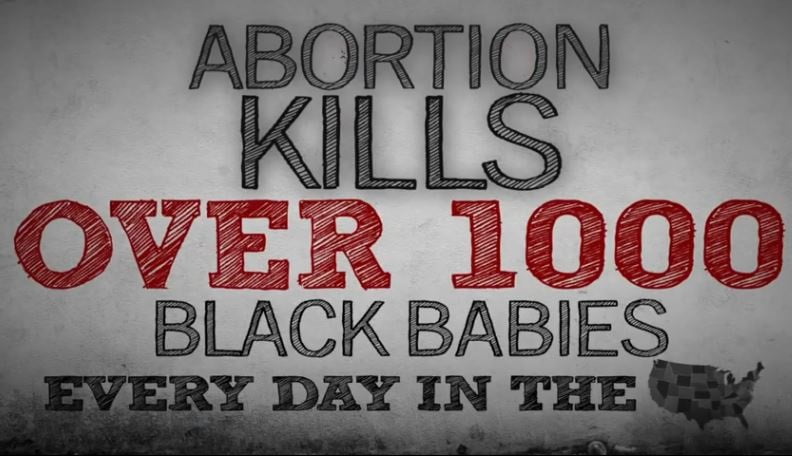 Planned Parenthood blamed Wen for attempting to make the organization more palatable to the public in the wake of widespread condemnation and disgust.

According to Wen, “The new board leadership has determined that the priority of Planned Parenthood moving forward is to double down on abortion rights advocacy”.

They fired her for attempting to move the organization away from political activism to a focus on women’s health.

She forgot, again in Wen’s words, that “Our core mission is providing, protecting and expanding access to abortion and reproductive health care.”

Planned Parenthood has a budget of almost $1.5 billion dollars a year. One-third of that comes from the Federal Government, that is, the taxpayers.

Planned Parenthood is the largest provider of abortion services in America. In 2015, there were 638,000 abortions in the United States.

In New York City last year, more black children were aborted than were born alive. Most were aborted by Planned Parenthood. The drive to abort overrode any concern about the implications of wiping out a generation of black children.

Planned Parenthood comes by its disregard for this destruction naturally. Margaret Sanger, Planned Parenthood’s founder, was a racist eugenist who believed black people were inferior to whites.

Planned Parenthood was created to rid the world of those they considered inferior beings. Like the Third Reich, they took an animal science approach to the human species: Thin the herd to improve the breed.

Abortion was determined to be a right 1973 when Roe vs. Wade set the stage for an abrupt expansion of the extermination of unborn children in America. Since 1973, over 50 million abortions have been performed in the United States.

Over 19 million black children have been aborted since 1973. Black women account for 36 percent of all abortions, though blacks only make up 13 percent of the population. The most dangerous place for a black child in America is in the womb.

It’s hard to look at these statistics and see anything but a black genocide perpetrated by Planned Parenthood and the abortion lobby of the Democratic Party. It is the racist genocide of our times, masquerading as the exercise of fundamental human rights.

But abortion is baby killing, plain and simple. Anyone who says otherwise is a liar or is completely deluded. The impact on the black community, in addition to 19 million fewer lives, is to make abortion the leading cause of death among blacks in America.

Abortion is the leading cause of death for black Americans.

The abortion rate for black women is four times the rate for white women. Every day, over 900 black babies are aborted. In New York City, where Planned Parenthood is headquartered, there are 1180 abortions of black children for every 1000 live births.