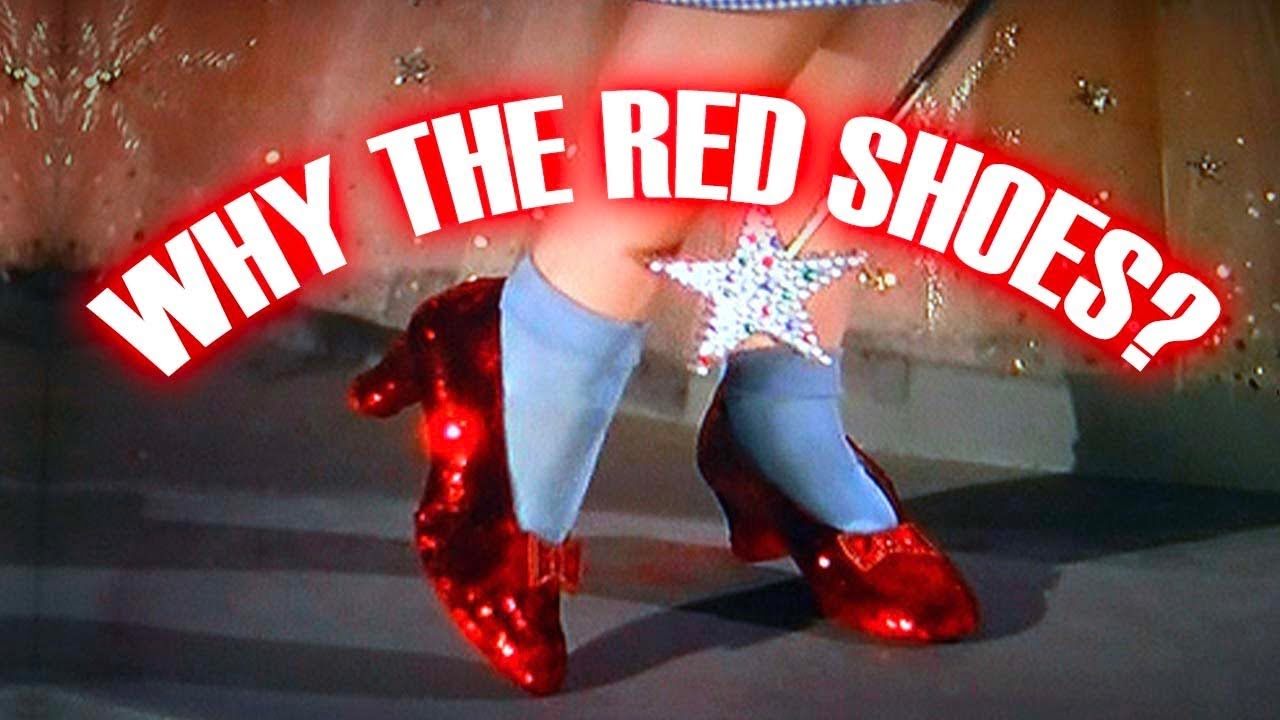 THE MONSTROUS WIZARD OF OZ: THE RED SHOES PEDOPHILES RINGS OF OUR TIME 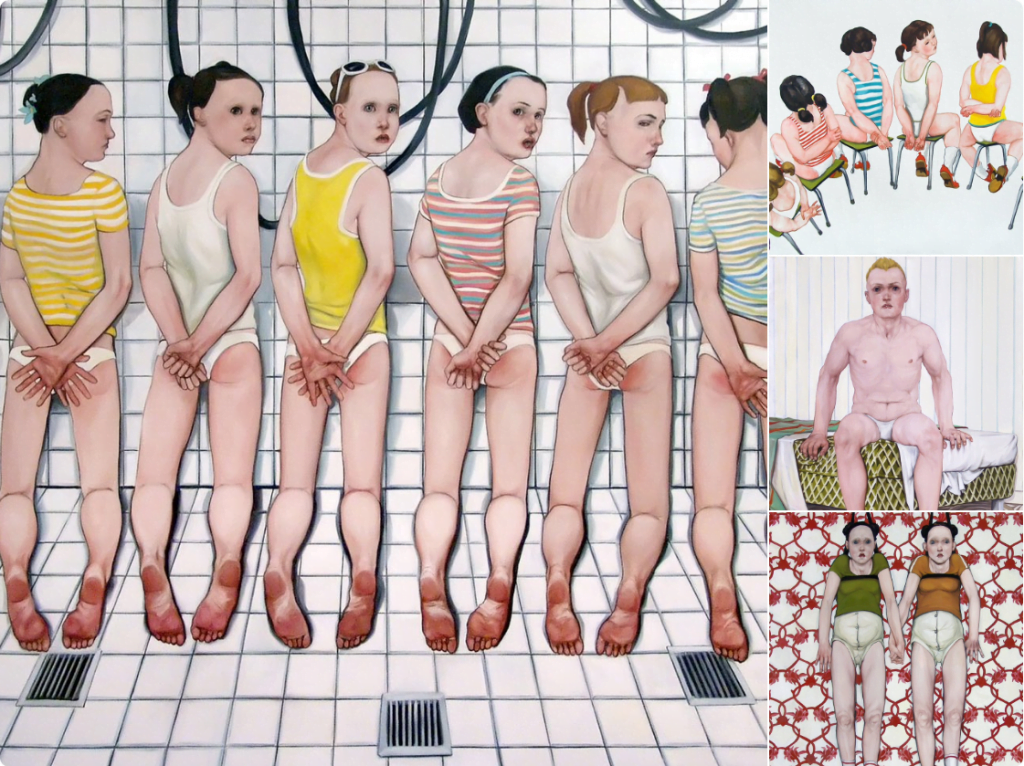 “You have always had the Power my dear, you just had to learn it for yourself.”

I have always enjoyed the deep and warm messages of  Wizard of Oz. When I was a child, that story has taught me that I should never give up on believing in magic. Now when I am grown up person, I still love reading and watching Wizard of Oz, because I understand it on another level, I see the reality of dreams, their power and their weakness. That is why I have been more than shocked to find out that the big, bad world is keeping abusing the good and peaceful things, turning it into the evil patterns of our societies. Since I have read about the Red shoes pedophiles rings and their links to the cult of Wizard of Oz, I feel like I cant sleep and cant dream anymore. The puzzle of my happiness if broken because I know that out there are tiny, innocent children, misused and sexually exploited for the sake of kings of bestiality, men and women with red shoes or without them, for those who are the worst pest ever.

There are people who claim that the Red shoes pedophiles rings are the fantasy of lonely, attention seeker journalists and conspiracy theories lovers. I am not sure if I have enough facts to defend or to offend these theories but following Hamlet popular quote, something is rotten in the state of Denmark, and in this case, in the whole world. Where are the all missing kids ? How is that possible that about 8 million children go missing every year and many of them have never been found? Just to remind, we are talking about mass disappearance of our youngest and in the modern civilization, empowered with the high-tech control systems and global communication and intelligence exchange, and the one missing child is a big failure and not millions. However, it seems that nobody really talks about it or it is free to talk about it. They live in the shadows of forgotten media, lone riders bloggers and activists for human rights and against human trafficking.  It must be that sharing information about their unhappy destinies is forbidden or simply not allowed for official media with brainwashing policy.  Instead of researching the bloody channels of child trafficking, they are serving the cheap tales of so-called stars, starlets, pornographic models and corrupted politicians. That is the reality of our media. No serious program but collective approach to make people even more stupid, like it is possible.

My nightmare has been created  in November last year,  when I have read the reports of journalist Liz Crokin about the symbolism of red shoes of Democratic lobbyist Tony Podesta. This woman has warned the public that Podesta loves his red shoes as the secret code of showing the support for pedophiles that take places in some of the most important Illuminati seats. What exactly red shoes have to do with pedophilia ? According to her, pedophiles abuse the movie “The Wizard of Oz” to brainwash their child sex slaves. She was claiming that many well known people from government, religion, business and entertainment sector  are participating in the massive satanic pedophile cult:” Tony Podesta is obsessed with his red shoes.There is symbolism for red shoes in the occult and it’s also tied to satanic ritualistic abuse and the trafficking of children.The Illuminati, the elites, they use ‘The Wizard of Oz’ to mind control child slaves.They use certain films to program children and part of the programming is having them watch these films and they also sexually abuse them and they physically abuse them because the abuse splits their personality and creates different personalities, so then they are able to program them and control them and they virtually become MK-Ultra programming.This is a known thing,They use ‘The Wizard of Oz’ to mind control these child sex abuse victims. Well, what does Dorthy wear in ‘The Wizard of Oz’? Red shoes!”

Red shoes are a great fashion choice but how come they turned to be a secret sign of potential monstrous pedophile movement? Simply because it has something to do with satanism and its own sick rules. It is said that during the sacrificial rituals, the Satanists wear red shoes ( even some  researchers have written that they are made of human leather) because when the blood drops on the shoes, it is still invisible. I would take this theories with a bit of common sense. Wearing the red shoes because of invisible blood on them could be true and could be not. There are many people who simply love wearing red shoes and they wouldn’t hurt a single insect but there are also those who wear the white snickers and kill the own babies without moment of hesitation. It always comes a question who is wearing those shoes and what amount of power that person has or could eventually have ? When the freelance writers accuse spirit cookers, leading with George Soros and their media censorship buddies, for their potential relations to the global epidemics of child molestation and sexual abuse, it doesn’t surprise. We are talking about real worms of our dimension. Their evil projects and absence of any humanity, masqed with fake humanitarian interests sounds really like a wolf in old,  good sheep. The Devil’s last evening dinner of betray, sins and sinister. Unfortunately, it is the gathering of the worst of the kind,  but not their  last one.

That is like the digging of the hole of Inferno. You are starting and you cant stop digging since there is no end for the horror that global pedophiles are organizing for their fun and against all rules of common sense and God.  Those people are perfectly organised and connected through their important connections and supporters in every segment of public life. They smell together they prey and they hunt together, covering each others with the blood of innocent. Some of them are making parties where they share their sadistics sexualism and sick desires, talking about “pizza” – young girls and “hot dogs” – young boys. The PizzaGate theories that discuss about dark sides of Democrats and their exclusive participation in global pedophiles rings, could be true and could be also fake news. It depends on how we see things and how we analyze them. You don’t need to be right wing supporter  to see the lunacy of democrats and the bestiality of liberalism.  Every new day I am more shocked with the depth of  malicious ignorance of the liberal ideology or whatever that is. They play with all what is valued, they risk all what is important and they are breaking the meaning of family for the years. That is all systematically planned and step by step leaded. The Church is embarrassed with their  own sexual predators hungry for beautiful boys, the politicians and businessmen are infected with their 50 shades of shame. The confirmative action that is against the white race for years is hiding itself behind the tabloid tales about so called multiculturalism. There is no such a thing, it is a myth. It is almost like a promise to antelope that will be safe among hungry lions pride.

Our children are in danger and not because of filthy ladies and gentlemens with red shoes but because of the rest of us who do nothing to stop it or to expose it. The pedophiles rings are on rise and, together with zoophilia, they are tending to color our societies in the worst sickness ever. The children are missing every single day, everywhere. If you happen to be on the bus station or train station, you will notice the information about a missing kids and the sadness of their families is biting from the old pamphlets. They are still searching for their angels even when police has stopped long time ago. The another parents are facing up with the blue marks on the legs of their small daughters or sons, trying to find if they have been touched by someone when they have been in kindergarten, school or in church. Then, there is the third level of pedophiles project: social media fluency and Internet universe of pervert people who seek their victims. Busy moms and dads have no time to follow  up the line of their child digital engagement and they often miss to see the danger from the screen. When they see, it is usually too late.

We need to seriously take those stories, to go with them into the core and to learn how to defend those who we love and who we live for. The red shoes pedophiles rings or any other pedophile ring must be detected and stopped and the real values must be brought back to our injured world that is slowly dying. The societies without family and community will be those who will sacrifice chickens for God of darkness and we will be just observers, defeated without war, condemned for cowardice to fight for things that really matters.