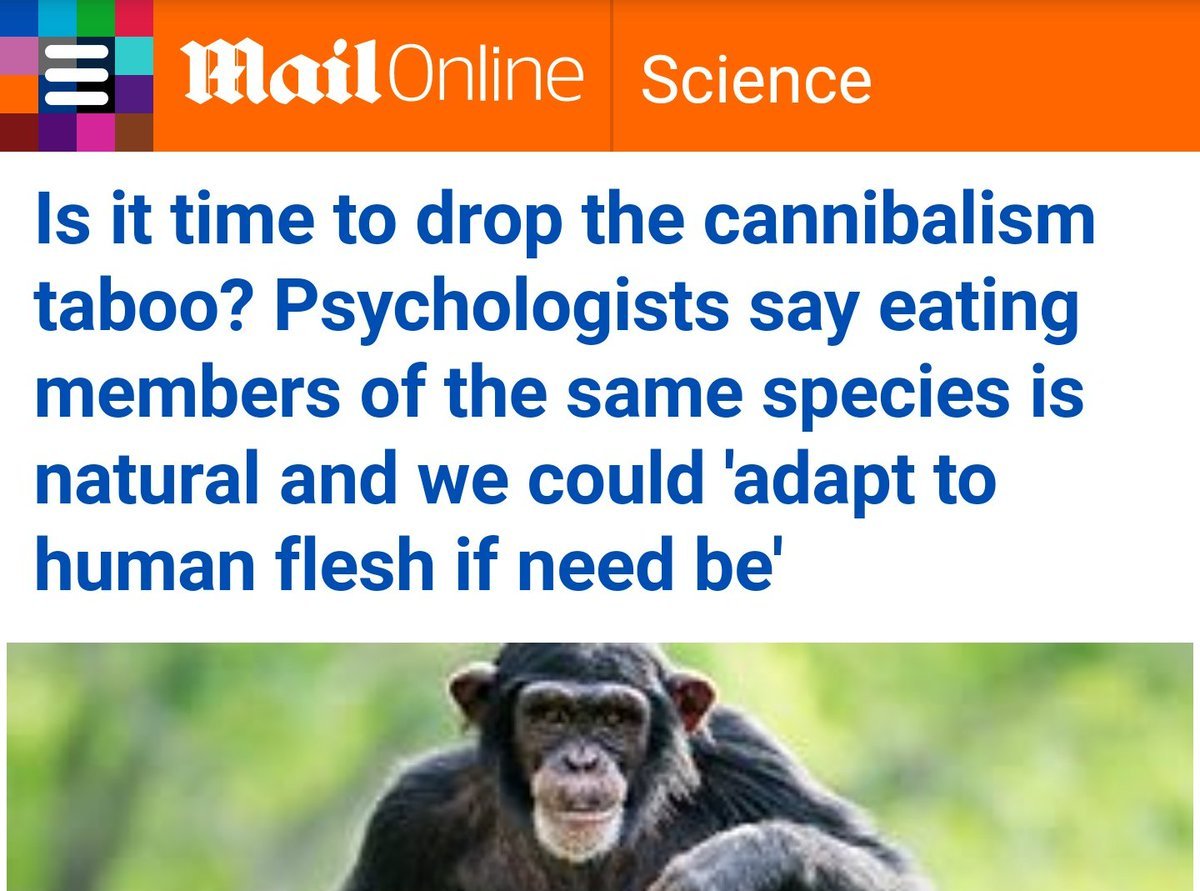 Western peoples remain blind to the satanic world their socialist leaders are planning for them to live in.

A beyond horrifying new Ministry of Foreign Affairs (MoFA) report circulating in the Kremlin today gravely noting that “many unpleasant similarities with the events of the 1930’s can be found in the modern world”, states that on this 80th Anniversary date of World War II starting on 1 September 1939, socialist academic thought leaders in major Western universities have begun promoting anew the satanic practice of human cannibalism—a not so surprising occurrence as “socialism is the leading man-made cause of death and misery in human existence”—and comes at the same time these demonic socialists’ “New World Order” enslavement of all humanity agenda is now “in full meltdown”—a meltdown so profound, this past week it saw socialist Bank of England governor Mark Carney openly attacking the US Dollar’s position as the world’s reserve currency, and his arguing it be replaced by a global digital alternative—an argument, however, that’s being met head on by a President Donald Trump who plans to place the United States back on the gold standard to wipe out the hidden wealth of these socialists forever—and for which it’s assured the vile demonic socialist attacks against him will now increase to levels surpassing sanity itself.  [Note: Some words and/or phrases appearing in quotes in this report are English language approximations of Russian words/phrases having no exact counterpart.]

According to this report, in the 1930’s, just prior to the beginning of World War II, two of the most feared demonic entities in the world were the National Socialist German Workers’ Party and the Union of Soviet Socialist Republics—both of which created the socialist nations of Nazi Germany and the USSR and who were led by an elite class of demonic overlords who stamped out all vestiges of Christianity—took away by force all of their citizens’ guns—indoctrinated all of their nations’ children in the tenets of socialism –created a new morality of state worship—and outright killed those tens-of-millions of their citizens who refused to worship the state and clung to their Christian beliefs—the genocide of which saw Nazi Germany promoting human cannibalism in their concentration camps—while the USSR, likewise, used human cannibalism to great effect while mass killing their citizens.

In the aftermath of World War II, this report continues, Western socialists knew that Nazi Germany socialism couldn’t be rehabilitated in any way, because it was inextricably linked to its socialist leader Adolph Hitler’s crimes—but who did believe that USSR socialism could be rehabilitated despite the crimes of its genocidal socialist leader Joseph Stalin—and was why, after the historic Christmas Day-1991 freeing of the Russian peoples from demonic socialist rule, its government and intelligence agencies began keeping track of where in the West these genocidal socialist monsters would turn up next.

By 1993, this report notes, Russian intelligence services began documenting the rising power of socialism in elite Western universities—most particularly Harvard University in the United States, that today is wealthier than half the world’s countries—but in that year, saw them saw them venturing into the world of human cannibalism with their publishing of the book :The Village of Cannibals”—that’s now been followed by filmmakers from their Sensory Ethnography Lab producing a movie promoting the virtues of human cannibalism, which they say was once commonplace across the Americas, Australia, Asia and Europe, and as such, is therefore part of humanity’s prehistory and, arguably is “the repressed preternatural longings of us all”—and explains why today Harvard has a lecture series they demonically call “THE CASE FOR CANNIBALISM”.

No one should be shocked that human cannibalism advocate Prince Philip, the husband of British monarch Queen Elizabeth II, supported Nazi German socialists.

Following the demonic socialist lead of Harvard University, this report details, University of Brighton researcher James Cole released his scientific paper titled “Assessing The Calorific Significance Of Episodes Of Human Cannibalism In The Palaeolithic”—wherein he suggested that eating human beings “would help you lose weight”—a diet regime for hundreds-of-millions of overweight Westerners being supported by Louisiana State University associate professor Dr. Bret Elderd and University of California-San Diego researcher Benjamin Van Allen—both of whom are now proclaiming that human cannibalism is “a new way to stop the spread of disease”—say about themselves that “we are flipping the paradigm, with regards to cannibalism”—and are declaring that “for some populations, cannibalism may be just what the doctor ordered”—a proclamation and declaration that’s now echoing through elite Western socialist universities the world over—best exampled by the University of Warwick having held a scientific conference titled “Bites Here and There” where such topics as “Help Yourself: Autophagy (EATING HUMAN CELLS) as Response to Global Crises”—“Cannibalism and Intimacy”— and—“Ethical’ Foodways: Justifying Cannibalism in Contemporary Speculative Fiction” were discussed.

As to how many American people know the truth that their demonic socialist leaders are planning to make them into soup ingredients to cut down on overpopulation, stop the spread of disease and help their chosen elites lose weight, this report concludes, it really doesn’t matter—because these are the exact same peoples who, just a generation ago, laughed and mocked anyone warning them that before they knew it, God and prayer would kicked out of all their children’s schools—their young daughters would be forced to go to bathrooms where grown perverted men would be allowed to go in with them—homosexuals would be allowed to marry—babies would be dragged out of their mothe’rs wombs and executed even to the hours before they were born—and countless other such atrocities these unwitting and in full denial peoples have ignored to their peril—but will, most certainly, finally awaken to when they are forced to eat each other—but by then, it will be to late to save them.

“This will never happen in our country” the American people said—their demonic socialist overlords just laughed and said “Yes it will!”