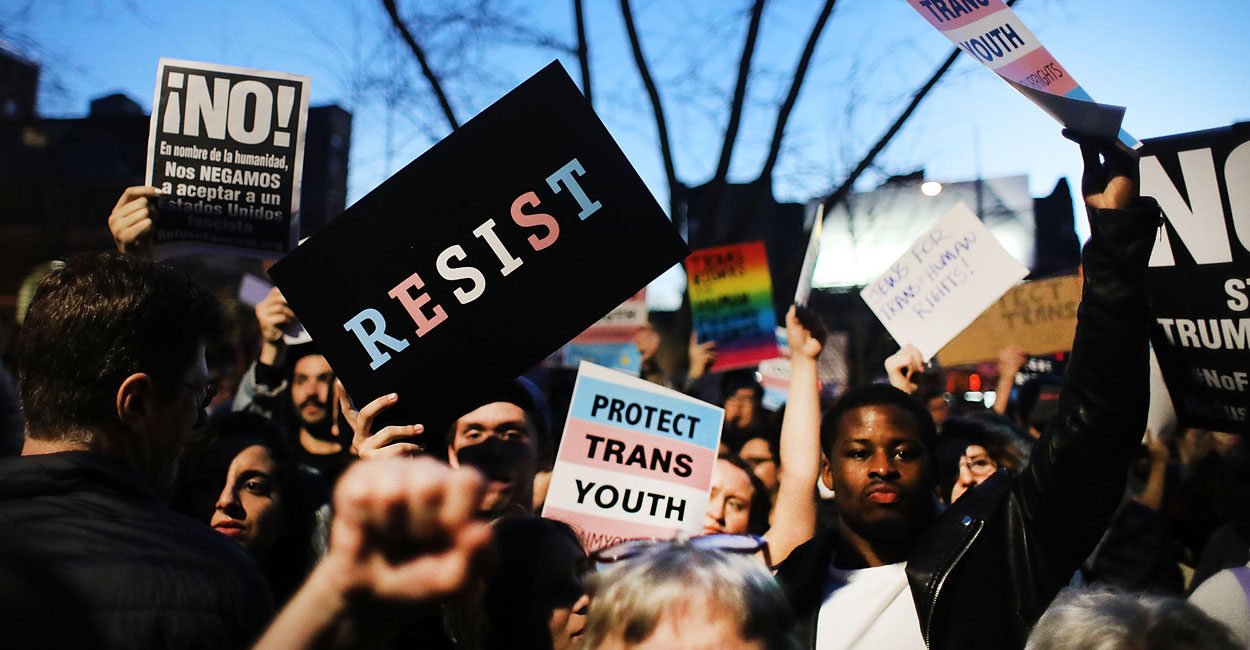 A high school teacher in Jacksonville, Florida, faced criticism and disciplinary action because a transgender student asked him to refer to the student by female pronouns, although the student was born male. The teacher refused.

A heated e-mail exchange between teacher and student prompted the high school to implement extra training to make sure the school’s teachers were fostering an inclusive environment.

The incident provides another example of the controversy that accompanies how the burgeoning transgender issue is infiltrating society.

“I will NOT refer to you with female pronouns,” Caggiano wrote in reply. “If this is not acceptable for you, change classes. I will call you by any reasonable name you like, but the pronouns are not a negotiable thing for me.”

In response, Sandalwood’s principal, Saryn Hatcher, told the student’s family she would “handle” it.

A spokesperson for Duval County Public Schools called the incident a “teachable moment” that  “allowed for constructive dialogue among our school community.” School officials have made no further statements and Caggiano remains on the school’s website as a faculty member.

The school district policy specifically covers use of pronouns when addressing or referring to transgender students, along with other guidelines, and requires teachers to acquiesce to the students’ wishes.

Several documented cases over the past year involve compelling teachers to use the pronouns specified by transgender students.

Education officials tend to side with the student, arguing that complying with a simple request to be addressed and referred to not only with a new name but the correct pronoun shows respect and helps foster a safe learning environment.

Many First Amendment advocates say teachers have a right to speak on important issues without immediate threat of dismissal, but statements they make as public employees pursuant to their employment lack First Amendment protection.

This raises the question, especially amid changing Trump administration policies that revised the way the Obama administration interpreted Title IX: Should the federal government, in any of its capacities, including public education, force teachers or school administrators to use preferred pronouns?

Last year, Peter Vlaming, a French teacher at West Point High School in Virginia, was fired for refusing to refer to a student by that student’s preferred pronouns.

Also last year, Shawnee State University officials disciplined philosophy professor Nicholas Meriwether for refusing to use a transgender student’s preferred feminine pronoun. Meriwether sued the school, claiming that he refused to call the student by the preferred pronoun because of his religious beliefs, which he said were violated.

Jordan Peterson, the Canadian psychologist and author of “12 Rules for Life,” has gained notoriety for his countercultural ideas that encourage people, especially young men, to add structure to their lives and improve themselves.

What launched Peterson to fame, though, was his courage to stand up to human rights legislation in Canada that prohibited discrimination based on gender identity or expression. Peterson became indignant about being forced to use alternative pronouns that didn’t match a person’s biological sex, and refused to give in.

The Trump administration revoked the Obama administration’s entire gender identity mandate for public schools, including its policy on preferred pronouns. In February 2017, Secretary of Education Betsy DeVos stated transgender controversies were “an issue best solved at the state and local level.”

In June 2017, the Education Department issued instructions stating that it may investigate complaints of “refusing to use a transgender student’s preferred name or pronouns,” but at the same time maintained “each school has a responsibility to protect every student in America and ensure that they have the freedom to learn and thrive in a safe environment.”

However, this does not mandate that the government should treat a teacher’s refusal to address a student with a preferred pronoun as bullying. By default, such a refusal insinuates, even establishes, that a person born as a biological male can’t transition to another gender because, unless androgynous, a person may be only one gender–the gender that matches his sex at birth.

The federal government has no business forcing teachers or administrators to use preferred pronouns.

If the Trump administration would like to stay ahead of this trend, the Education Department should issue new guidance clarifying that teachers, students, and administrators remain free to speak consistent with their belief that a person is born either male or female.

It’s unfortunate that so many education officials already have outlined guidelines that protect students’ feelings but compel adults to use language that defies biological norms.

The public education system should strive to protect the legal rights of both students and teachers while providing a safe, respectful atmosphere to teach and learn.