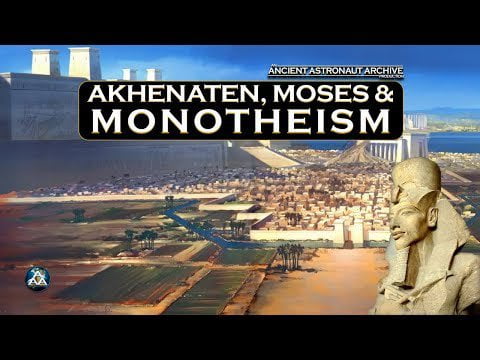 By The Ancient Astronaut Archive,

Rebel, tyrant, and prophet of arguably the world’s earliest monotheistic religion, Akhenaten has been called history’s first individual. His impact upon ancient Egyptian customs and beliefs stretching back for centuries was so alarming that, in the generations following his death in 1336 BC, he was branded a heretic. Official king lists omitted his name.

Akhenaten was not supposed to become pharaoh. The son of Amenhotep III, who dominated the first half of the 14th century BC, ruling over a court of unprecedented luxury and magnificence that placed great emphasis on solar theology, Prince Amenhotep, as he was then called, was younger brother to the crown Prince Thutmose. Following Thutmose’s unexpected death, though, he became the heir apparent – and when his father died in 1353 BC, he took the throne as Amenhotep IV.