This meditation is specifically being requested by Cobra and the related article from his website that explains this is included at the bottom of this posting.  Your assistance and participation is appreciated!

From our friends at WeLoveMassMeditation.com:

The Flower of Life meditation was introduced at the beginning of August to help stabilize the situation of planetary liberation and to ensure that the process can be as smooth as possible. This meditation is reported as being effective.

As we are getting closer to the transition, Cobra relays that the Light Forces are still asking everybody to meditate as often as they can and as often as they feel guided, until the moment of the Compression Breakthrough, to assist in stabilizing the energy grid around the planet utilizing Flower of Life meditation:

Therefore, we are organizing a Flower of Life mass meditation every 4 hours, in addition to the current meditation at 12 PM UTC (noon). We also encourage everyone to do it as frequently as possible at any time throughout the day, until the Event.

Here are the times of the Flower of Life mass meditations in UTC time zone:

The following table shows the times of the meditation for selected time zones:

Here is the link to the Facebook event for this meditation (updated):

And the link to the guided audio for the Flower of Life meditation in many languages:

Instructions (please note that there are a few changes to the instructions):

2. Visualize your soul star chakra shining with brilliant white light. Visualize this light in the form of a vortex spiraling down throughout your energy field.

3. State your intent to use this meditation as a tool to stabilize the transition on Earth and manifest the most positive Ascension timeline for all living beings.


Interstellar sources are communicating that cosmic shift is accelerating, and the whole universe is going through a phase transition into the new cosmic cycle. So what we are about to experience is not only the Galactic superwave, but a cosmic shift on the scale never experienced since the creation of the universe. 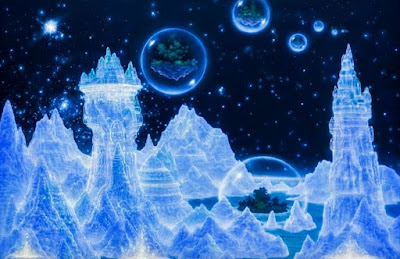 The Galactic Central sun is becoming more active even at subluminal speeds, as the signal of the previous galactic superwave traveling with the speed of Light is perfectly entrained with the new one that is coming extremely soon:
https://themindunleashed.com/2019/09/supermassive-black-hole-hungry.html
This is already creating big changes in our Solar system. The Cosmic Central race has created a multidimensional flower of life grid throughout the Solar system that extends from lunar obit outwards to the heliopause. This grid will serve as transmission buffer for the coming superwave.
In their last ditch effort to prevent the shift, the Chimera group have filled the Solar system with as much anomaly and darkness as possible from early 2017 to January 21st, 2019.
Since 2012, the Chimera was leading a strong war against the Resistance and actually managed to fool the Resistance a few times by arranging leaks of incorrect intel to them. For example, the Resistance was scanning the Solar system for any remaining Chimera ships and found none, when in fact those ships were hiding in hyperdimensional wormholes and later staged massive surprise attacks.
This disnfo campaign has a few times lead to some inconsistencies that were posted on this blog. Yet I need to say that Resistance was releasing true intel to best of their understanding and ability, and overall most of intel they have released is valid and correct.
Now Resistance is recovering from all those attacks and a new reinforcement of 50 million new members has arrived from Kuiper belt into the underground network, membership now totaling 120 million. More reinforcements are expected to arrive soon as we come closer to the shift.
The Chimera has realized that they have lost the Solar system and are now concentrated on defending planet Earth and sublunar space as their last fortress.
They are still using toplet plasma bombs as their last line of defense. Top quarks can eat ordinary matter even more efficiently than strange quarks and are far more dangerous than strange quarks:
https://www.space.com/alien-planets-pulsars-strange-matter.html
The plan of Chimera is now to spin limited disclosure into a fake Draco alien invasion that would use TR3-B spacecraft attacking the surface of the planet and the Cabal using the US Space Command as defense against the TR3-B fleet:
https://thecommonsenseshow.com/activism-conspiracy-tragedy/were-clintons-and-ronald-reagan-talking-about-real-or-fake-alien-invasion
In the ensuing chaos, the Jesuits would crash the financial system and implement an AI dystopian surface civilization, similar to what was existing throughout the Solar system in many colonies:
https://supersoldiertalk.com/wp-content/uploads/2019/08/Cyborg-Medical-PLC-Labs-on-Mars-Bases.pdf
Introduction of smartphones was part of the Chimera’s plan to alienate humanity and entrap them in the dark spider web of technological dystopia:
https://qz.com/523746/a-photographer-edits-out-our-smartphones-to-show-our-strange-and-lonely-new-world/
The robots that would control humanity are already being developed:
https://www.telegraph.co.uk/technology/2019/09/21/microsoft-chief-brad-smith-says-rise-killer-robots-unstoppable/
The Jesuit plan for the global collapse and the new crypto financial system is also proceeding:
https://www.cnbc.com/2019/09/16/facebook-meeting-with-fed-and-other-central-banks-to-discuss-libra-ft.html
In the last few weeks, certain key positive developments have happened that have effectively stopped this Chimera-Jesuit plan and it will NOT be successful.
Many sources are predicting the bankruptcy of a major bank such as Goldman Sachs or Deutsche Bank in October:
http://www.whatdoesitmean.com/index2991.htm
https://benjaminfulford.net/2019/09/23/many-signs-point-to-imminent-bigger-than-lehman-financial-tsunami/
Cosmic Central race is claiming that the Light forces can handle the collapse situation and that plans are in place which can not be discussed.
The Resistance has communicated that major volatility is expected in the financial system in October, but not yet the systemic collapse.
The systemic collapse is actually the collapse of the debt-slavery bubble and is planned to coincide with the timing of the Event:
https://www.zerohedge.com/markets/financial-storm-clouds-gather
Many countries are already preparing their distribution chains for the Event:
https://www.theorganicprepper.com/walmart-distributor-shtf/
The Light Forces have asked to step up the frequency of Flower of Life meditation to every 4 hours in order to stabilize the planetary situation, for those that feel guided to participate:
https://www.welovemassmeditation.com/2019/09/flower-of-life-meditation-every-4-hours.html?m=1 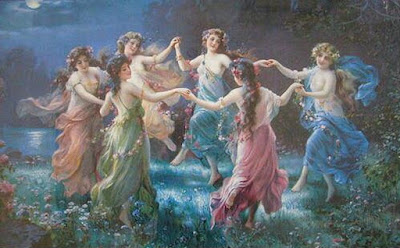 Light Forces have also communicated that as much Goddess energy as possible should be anchored in the planetary energy grid to stabilize the situation:
https://awakeningwomen.com/the-sisterhood-manifesto/
https://goodmenproject.com/featured-content/8-reasons-why-men-should-worship-goddesses-wcz/
Atargatis is a mermaid Goddess that came from Sirius star system and landed in an egg shaped craft on the bank of Euphrates river many millennia ago:
https://en.wikipedia.org/wiki/Atargatis
Her archetype was later distorted by the Cabal, but her original energy is one of the key energies for peaceful transition into the post- Event society.
In current distorted culture, a fresh perspective on sexual energy is needed:
https://amuse.vice.com/en_us/article/bjq3ym/matriarchy-sex-women?utm_source=dmfb
http://www.health-science-spirit.com/saint.html
For example foot fetish, judged by many, is actually a past life memory of Goddess worship:
https://esoteric-center.org/foot-fetish/
Archeologists have finally released proof of the first Archon invasion:
https://www.dailymail.co.uk/sciencetech/article-6865741/The-violent-group-people-lived.html 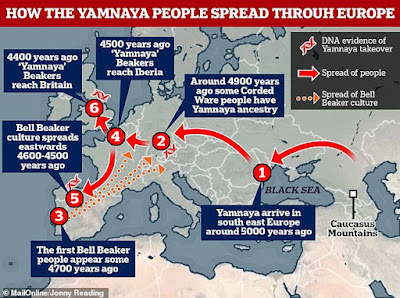 Soon, a new Cobra interview will be published online. You can send your questions which will be answered in that interview, to [email protected] .
And at the end, a cryptic message for those who understand:
http://www.maxima-library.org/mob/b/423978?format=read
Victory of the Light!