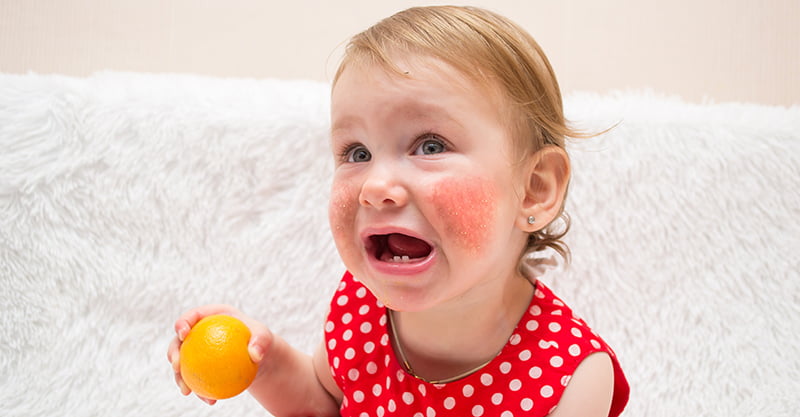 By the Children’s Health Defense Team

With SB 276‘s recent passage, California’s governor, legislators and public health community have signaled their intent to proceed with a full-bore assault on medically vulnerable children. The legislation skillfully puts the squeeze on vaccine medical exemptions by placing government bureaucrats (rather than doctors) in charge of the decision and only allowing a small number of contraindications that do not even include “the potential adverse reactions the vaccine manufacturers themselves disclose in package inserts under federal law.”

Officials’ misplaced emphasis on compliance at all costs is plain to see on the CDC’s vaccine “contraindications and precautions” web page, which tells health providers that it is “critical” to use “every opportunity to administer appropriate vaccines.” The CDC also warns clinicians not to “misperceive certain conditions or circumstances as valid contraindications or precautions to vaccination when they actually do not preclude vaccination,” and it instructs them not to bother with routine clinical procedures such as temperature-taking but instead to rely on eyeballing when deciding whether there is any reason not to vaccinate.

In short, vaccine officials in the U.S. and elsewhere seem more concerned with ferreting out “false contraindications” than with identifying genuine medical red flags.

Under such circumstances, it can be instructive to look back to a time when vaccine contraindications actually meant something. A short clinical note published in Pediatrics in 1958 illustrates how far most of the medical profession has traveled in its willingness to turn a blind eye to the medical history of patients and their families. The brief 1950s discussion of a sometimes fatal complication of smallpox vaccination (which remained routine among the general population until 1971) not only concluded that the complication was “frequently iatrogenic” but also that it was “uniformly preventable” through common-sense doctoring.

Mere exposure to a vaccinated individual—or contact with “materials that might be contaminated with live virus…such as bandages, towels, clothing, or washcloths used by a person who has been vaccinated”—could suffice to trigger eczema vaccinatum (EV).

Traditional smallpox vaccines contain a live replicating virus (vaccinia) that can produce—in individuals with a history of eczema (also called atopic dermatitis)—a “severe and occasionally lethal complication” called eczema vaccinatum (EV). The EV case fatality rate ranges from 5% to 40%. A systemic condition, EV typically manifests as “a rapidly developing, generalized vesiculopustular rash.” According to the National Eczema Association, EV can strike anyone who has had atopic dermatitis, even if “just once in the distant past.” Moreover, the medical literature on the smallpox vaccine’s dermatological complications is not limited to EV but also “contains many reports of the accidental spread of infection to areas of damaged skin in persons with a variety of diseases and injuries, ranging from acne to varicella,” again with potentially severe or fatal results. Researchers attribute the “susceptibility of damaged or abnormal skin to vaccinia virus” to the virus’s “ability to multiply well in injured skin.”

Clinical reports in the 1940s described EV and “generalized vaccinia” (another adverse reaction to smallpox vaccination) as “essentially the same process,” with the virus “disseminated by the blood stream.” However, these reports also noted the occurrence of EV in unvaccinated persons. Mere exposure to a vaccinated individual—or contact with “materials that might be contaminated with live virus…such as bandages, towels, clothing, or washcloths used by a person who has been vaccinated”—could suffice to trigger EV.

…the authors of the 1958 Pediatrics article reviewed nine cases of EV, including two deaths, and observed that seven of the nine resulted from ‘contact of a child with eczema with a recently vaccinated sibling.’

A report from 1947 described two such cases—in a five-year-old boy and a nine-month-old male infant—both of whom developed EV and became acutely ill after older siblings received smallpox vaccines at school (falling ill 18 and 10 days post-exposure, respectively). Both had a history of recurrent infantile eczema. The five-year-old ended up hospitalized for 22 days, while the infant (whose eyes were swollen shut and whose lesions covered his “entire face, head and arms”) spent over two months in the hospital. The clinical description of the five-year-old follows:The face, neck, extensor surfaces of the thighs and calves were covered with numerous discrete pustular lesions…. There was marked edema and distortion of the face, the right eye being entirely closed. The eyes were normal except for the edema and the cutaneous lesions on the lids. There was a generalized adenitis [inflammation of the glands]. […] Microscopic examination of the skin revealed an extensive necrosis [irreversible cellular injury] of the epidermis….

A decade later, the authors of the 1958 Pediatrics article reviewed nine cases of EV, including two deaths, and observed that seven of the nine resulted from “contact of a child with eczema with a recently vaccinated sibling.” Recognizing the serious risks for both vaccine recipients and contacts, they therefore recommended that clinicians:

The authors also noted the importance of excluding recently smallpox-vaccinated patients from pediatric wards containing children with “atopic eczema, other diseases of the skin, burns or healing surgical incisions.”

…in 2003, Army physicians wrote that individuals with “eczema or atopic dermatitis (in the past, even if not currently active)…should not be vaccinated…

To this day, the National Eczema Association recommends that people with eczema avoid contact with recent smallpox vaccine recipients for up to a month, asserting that the vaccine virus can harm someone with eczema “on contact.” The American Academy of Dermatology likewise urges avoidance of “skin-to-skin contact” with a smallpox vaccine recipient for 30 days. Others report the potential for viral shedding up to 42 days after smallpox vaccination.Why would these entities be issuing such warnings, decades after the cessation of universal smallpox vaccination? A major reason is because the U.S. military resumed smallpox vaccination with live-vaccinia virus vaccines in 2002. And in 2003, Army physicians wrote that individuals with “eczema or atopic dermatitis (in the past, even if not currently active)…should not be vaccinated,” putting this statement at the top of their list of contraindications for potential vaccine recipients as well as the latter’s household and sexual contacts.

Air Force dermatologists writing in 2018 report that “considerable numbers” of service members have experienced dermatological reactions to the vaccine—exhibiting a “spectrum” of afflictions ranging from “relatively benign generalized vaccinia…and erythema multiforme…to more severe progressive vaccinia…and eczema vaccinatum.” Military health personnel have documented these events even in individuals with “no significant past medical history,” as occurred with a Marine vaccinated following a severe sunburn, who experienced a dramatic “vesiculopustular reaction” nine days post-vaccination.Noting the continued “brisk military deployment tempo,” the Air Force authors caution that “a larger population of new vaccinees will yield more cutaneous reactions and diagnostic challenges.” Unfortunately, several factors contribute to underreporting of these adverse events, not least of which is that the passive reporting system places the “onus” on soldiers to speak up, potentially jeopardizing their careers in the face of likely skepticism. For—as in the civilian world—the military is only too happy to maintain that “just because a person…experienced adverse events after…vaccinations, does not necessarily mean the events were caused by the vaccinations.”

…herpes simplex, eczema, dermatitis and other “skin infections” are manufacturer-documented adverse events of varicella vaccines and vaccines with a varicella component—yet these vaccines do not list atopic dermatitis as a contraindication.

Although the civilian population may view smallpox as an antiquated topic of discussion, the government continues to include smallpox vaccines in its U.S. Strategic National Stockpile and envisions scenarios in which resumption of vaccination could be ordered. Given that over 31 million Americans—about 17.1% of the population—“met the empirical symptom criteria for eczema” as of 2007, some federal health researchers caution that “If circumstances should force a return to universal [smallpox] vaccination,” the risk of EV “would present the greatest challenge.” On the other hand, reflecting the compliance-is-more-important-than-contraindications mindset, CDC researchers assert that in the event of accidental or intentional smallpox virus release, there would be “no absolute contraindications…for smallpox vaccination.”

The prevalence of eczema and other skin conditions in the general population raises other troubling questions. For example, since the early 2000s, the incidence of and hospitalization for a condition similar to EV—called eczema herpeticum (EH)—has been increasing in American children who have a history of atopic dermatitis.

Researchers consider herpes simplex virus-1 as the most common trigger for EH in at-risk children, but they also note the role of other viruses such as herpes simplex virus-2, Coxsackie A16, vaccinia and varicella zoster (the virus that causes chickenpox). Moreover, herpes simplex, eczema, dermatitis and other “skin infections” are manufacturer-documented adverse events of varicella vaccines and vaccines with a varicella component—yet these vaccines do not list atopic dermatitis as a contraindication. Why not? And why do most case reports of EH in young children generally fail to disclose the child’s or family members’ recent vaccination history?

Rather than going after “false contraindications,” modern medical professionals should be taking a leaf out of their 1950s colleagues’ book and examining vaccination risks in the clear light of evidence.