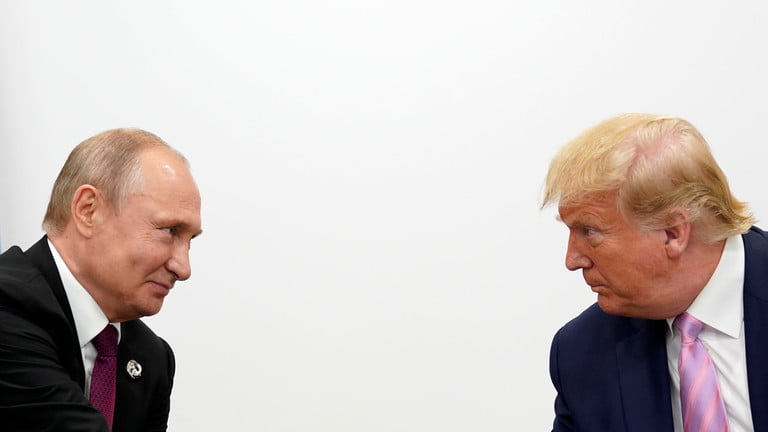 Russia, which has long been seen by the West as a threat to international stability, has proven to be a security guarantor, Spain’s former Foreign Minister Ana Palacio said, adding that the US has turned into a global disruptor.
Palacio, who also worked as a Senior Vice President and General Counsel of the World Bank Group, cautioned the Western political elites against perceiving Russia as a “spoiler” that only seeks to “thwart the West’s plans” with its every move. Although such a view of Moscow has seemingly been prevalent both in Europe and across the pond ever since crisis broke out in Ukraine in 2014, it is high time this approach was reviewed, the politician believes.

The former official noted that Moscow’s years-long diplomatic efforts appear to have finally paid off now as Ukrainian President Volodymyr Zelensky announced Kiev’s support for an agreement on elections in the breakaway eastern regions, aimed at eventually granting them special status – something that Russia has advocated all along. Similarly, in September, the UN finalized formation of a 150-member constitutional committee for Syria – a body first proposed at the Russia-hosted conference in 2018.

This is the approach of a strategist, not a spoiler.

Moscow’s latest response to the attack on the Saudi oil facilities also presents it as a “potential underwriter of regional stability,” Palacio believes, hailing Russia for its intention to work with all the parties in the region amid heightened tensions between Riyadh and Tehran.

It is the gun-toting policies of Washington that are instead shifting it to the role of a threat to global stability, Palacio warns. In her guest piece for Project Syndicate, she says that perception of America as a “primary status quo power” is nothing but a “force of habit” as the US has lately shown “no inclination to lead.”

Palacio slammed President Donald Trump’s decisions to withdraw from the landmark 2015 Iranian nuclear deal and 2016 Paris climate agreement by saying that they are “sometimes tantamount to behaving like a spoiler.”

In this regard, Spain’s former top diplomat urges the European leaders to once again review their approaches “to consider all the potential consequences of the agreements they facilitate within a shifting global order” and “to know exactly whom [their] efforts serve.”She was much more cautious in her assessment of Europe’s role in the international relations, though. Without criticizing it, the Spanish politician still ascribes the Old Continent a role not of an independent leading force but rather a “systemic facilitator.”