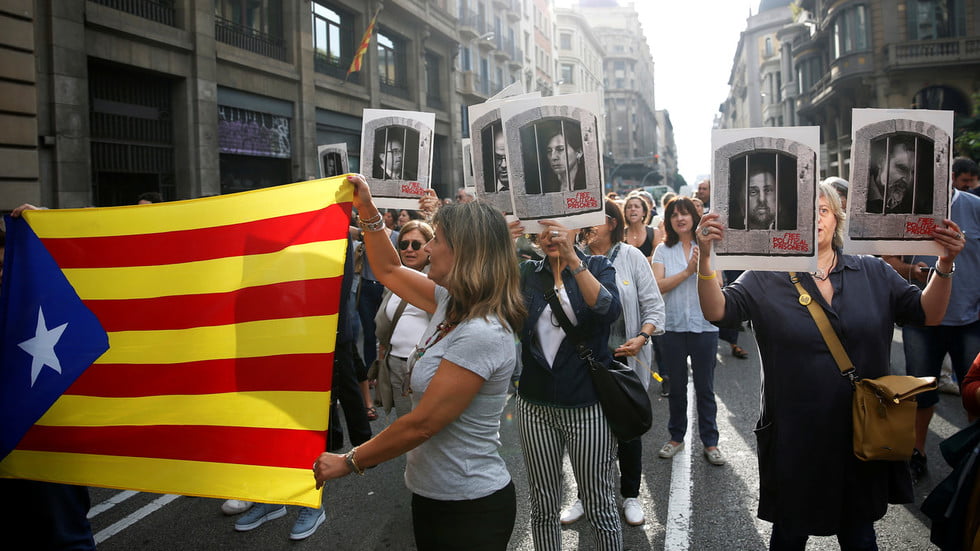 From our friends at welovemassmeditation.com:

A referendum on independence from Spain was held by the Catalan government two years ago. Despite interference from the Spanish government, more than 90% of votes came in favor of the region becoming an independent state.

After the referendum, the Catalan parliament also voted in favor of independence from Spain.

At the time, many protests were held in the Catalan region. Although most of them were very peaceful, a number of them turned violent. Therefore, a number of mass meditations were organized to ensure a peaceful solution could be reached and the free will of the people of Catalan respected.

However, the Spanish government refused to recognize the result of the referendum and dissolved the Catalan parliament at the end of 2017. They also arrested 12 officials who helped organize the referendum, charging them with treason, rebellion and the misuse of public funds.

Earlier this week, nine of these officials were found guilty. They were sentenced to up to 13 years in jail.

This immediately sparked a new wave of protests across the Catalonia region, especially in Barcelona.

nfortunately, some of the protests turned violent, with 8,000 protesters trying to shut down Barcelona airport and clashing with police.

Interestingly, a similar action was carried out by protesters in Hong Kong recently as well.

Lots of protests were also held across the Catalonia region over the last few days, with a number of the protests turning violent again, especially those in Barcelona.

Meanwhile, in the Girona city council, a flag of Spain was replaced by a black flag with the meaning of “fighting until the end.” (Note that the article below is in Spanish)

On Friday, October 18th, a general strike was held with more than half a million people joining a rally in the center of Barcelona. However, there were reports that people who intended to cause violence have infiltrated the rally, leading to clashes with police.

More protests are expected in the coming days and weekends. As the Spanish government has decided to deploy military police to the region, there may be more violent clashes in these upcoming protests.

Therefore, we are organizing a meditation for peace in Catalonia daily at 5:30 PM UTC to help harmonize the situation, so that the situation can be resolved peacefully.

The following table shows the time of the meditation for selected time zones:

The guided audio for this meditation in 12 languages can be found here:

2. State your intent to bring peace and healing to the situation in Catalonia.

4. Visualize this Light flowing through your heart and then through your hands directly to everyone involved in the situation in Catalonia, harmonizing everyone and bringing peace. Let the pink Light then flow onwards, healing all other conflicts worldwide.

5. Ask the Goddess presence (the divine feminine) to direct energies of peace and harmony to all unresolved situations regarding the situation in Catalonia and everyone involved in it. Let these energies then flow onwards to heal all other conflicts worldwide. Allow these energies to continue to flow through your heart and then through your hands into these situations for a few minutes.

Goddess wants peace and peace it will be!

You can learn more about mass meditations here: welovemassmeditation.com