Metals investors are positioning themselves for rapidly developing political and geopolitical events, as well as a rapidly expanding Federal Reserve balance sheet.

What started out as a limited intervention to provide temporary liquidity to overnight lending markets has morphed into a massive $60-billion-per-month Treasury-buying campaign. By some measures, it’s even bigger than the last Quantitative Easing program.

The Fed has yet to fully explain why this is all necessary given the lack of an immediate crisis in the real economy. Last week, Fed chair Jerome Powell took great pains to insist that their expanded repo market operations are “not QE” – only to announce a massive new Treasury bill buying program on Friday. 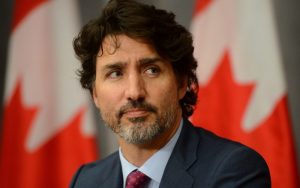 Is there some emergency going on behind the scenes that Fed officials don’t want us to know about? It could well be that they are engineering another bailout of “too big to fail” banks on a scale they aren’t admitting.

Naturally, they don’t want to spook the markets or trigger a public backlash against an unpopular bailout program. But Powell’s QE denials are only adding to growing suspicions that the Fed is trying to fix something much bigger than a plumbing issue in the repo market.

More than a decade after the Fed initiated secret bailouts of U.S. and foreign financial institutions, we still don’t know where all that money went. Or on whose authority winners and losers were determined.

All we do know is that since 2008, trillions of dollars have been pumped directly into the banking system. And the Fed is showing no signs of stopping.

If the Federal Reserve ever became fully transparent, the public would likely be shocked at the cronyism, corruption, and outright parasitism involved in the banks’ relationship to the Fed. It would be a far bigger scandal than the corrupt crony capitalism practiced by Hunter Biden, that’s for sure.

Unfortunately, the Fed has its own lobbying arm in Congress that always finds a way to shoot down the “Audit the Fed” bill in the Senate even though it has previously passed with broad bipartisan support in the House.

President Donald Trump has called for greater transparency at the Fed and repeatedly jabbed Chairman Powell. This week, the President clashed with the foreign policy establishment over his controversial decision to withdraw military forces in northern Syria. Trump called out the “military-industrial complex” for pushing never-ending wars and occupations overseas.


Trump’s words echoed those of Dwight Eisenhower. In his farewell address, President Eisenhower, himself a military man, warned Americans of the dangers of a self-serving military-industrial complex.

In the councils of government, we must guard against the acquisition of unwarranted influence, whether sought or unsought by the military industrial complex. The potential for the disastrous rise of misplaced power exists and will persist. We must never let the weight of this combination in danger our liberties or democratic processes.

A similar warning could have been issued about the dangers of a self-serving and wholly unaccountable central banking cartel.

The Fed has strayed far beyond its dual mission of pursuing stable prices and full employment. It has effectuated a massive wealth transfer into the hands of those who are first in line to receive its monetary emissions. It has artificially extended and amplified bull markets on Wall Street while diminishing the purchasing power of cash savings.

There will one day likely be another great wealth transfer – from artificially overvalued financial assets to undervalued hard assets such as gold and silver.

If the Fed continues to damage its own credibility by saying one thing and doing another – growing its balance sheet QE style while insisting it’s not QE – investors may begin preferring the unassailable credibility of physical precious metals.

Mike Gleason is a Director with Money Metals Exchange, a national precious metals dealer with over 50,000 customers. Gleason is a hard money advocate and a strong proponent of personal liberty, limited government and the Austrian School of Economics. A graduate of the University of Florida, Gleason has extensive experience in management, sales and logistics as well as precious metals investing. He also puts his longtime broadcasting background to good use, hosting a weekly precious metals podcast since 2011, a program listened to by tens of thousands each week.

Monopoly – Who Owns the World

Monopoly – Who Owns the World

Cuba’s Cases and Deaths Go Up After Being Inoculated