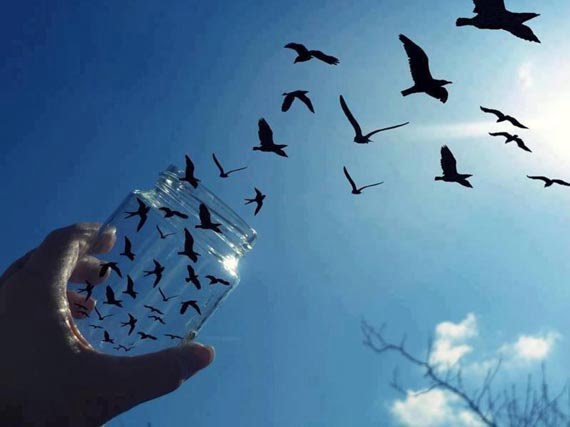 There is nothing harder in this world for us to accomplish as human beings than forgiveness; it is the most difficult lesson to learn for all of us. But it is one that our Lord tells us throughout his teachings is absolutely necessary if we are to have any hope of returning the Love that He has so graciously poured out on His creation.

We heard our Lord share a parable with us in the Gospel reading (Matthew 18:23-35) about a man who had owed an un-repayable sum of money to a King who wanted to settle his accounts. In those days, for those who could not pay debts to the throne, the King had the right to sell the debtor and his family into slavery in order to repay some of the debt that was owed. The man literally begged for his life, asking the king for more time to pay back the debt. The response he got was more than he could have hoped—forgiveness of the entire debt!

What a relief this must have been. What a blessing to have the love and compassion of the king. This man should have learned a valuable lesson about the importance of forgiveness, but instead, we hear how he despicably went out and choked a fellow servant who owed him but a few pennies.

This short parable is a very small picture of the love that God has for His creation. We have missed the mark daily—not doing what we were created to do, and not mirroring the love that we have received from God. We have amassed this tremendous debt, which our Creator has completely wiped clean through His love for us. In return, God simply asks that we “pay this love forward” to those who sin against us.

Forgiveness is the very essence of what love is, but as we have already mentioned, it is not an easy thing to do. We find often that it is easy to “forget” an offense, but forgiveness is another story. How many of us can point to someone in our lives that we hold a grudge against? How many of us have that one person that we cannot seem to truly forgive for what they had done to us or to someone that we love?

This past week, I was reading through the memoirs of Corrie ten Boom, a name of which some of you might recognize. She was a famous Dutch survivor of the Ravensbruck Nazi Concentration Camp during World War II, where her and her sister Betsy were imprisoned for hiding Jewish refugees in their home. 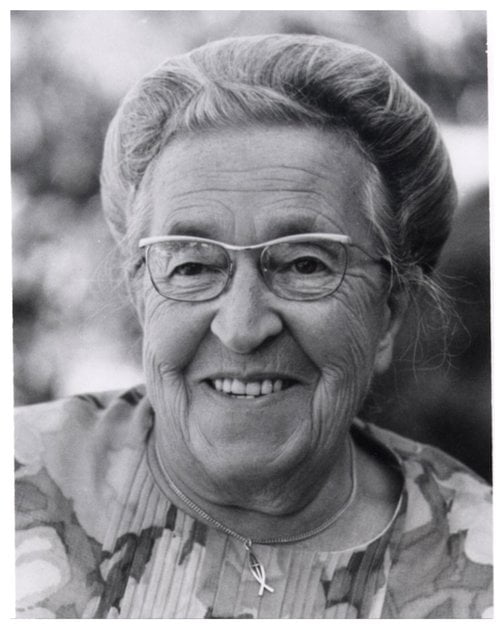 Even though her sister Betsy did not survive the harsh tortures of the camp, Corrie was granted freedom because of a clerical error that secured her release just a few days before her group was sent to the gas chambers to be executed.

After the war, being a devout Christian, Corrie felt called to go and preach the Gospel to the war-torn people of Germany, and in 1947, she found herself speaking to a church group in Munich about forgiveness. She spoke about the importance of Confession and might have even used this parable to describe the Love that God has for all of those who had repented of all of the terrible crimes they committed during the war. The crux of her message was summed up in her last sentence of the talk: “When we confess our sins, God casts them into the deepest ocean…gone forever!”

After the talk was over, Corrie noticed a large man making his way to the front of the Church where she was speaking. In her memoirs, she noted that as soon as she saw his overcoat, brown hat, and blue uniform with an emblem of a skull and crossbones, she had a very powerful flashback to being in a huge room with bright lights. She remembered a pathetic pile of dresses and shoes on the floor, while her sister Corrie, and hundreds of other women, had to bare the shame of being stripped down before walking past a high ranking S.S. Officer. It wasn’t long after that incident that Corrie’s sister Betsy was killed, and the very man who was responsible for all of this was now walking towards her in the middle of this Church with his hand outstretched.

“Fraulein, how good it is to know that our sins are at the bottom of the sea. You mentioned Ravensbruck in your talk. I was a guard there, but since then I have become a Christian. I know that God has forgiven me for the cruel things that I had done there, but I wanted to come to you personally and ask: Will you forgive me?”

What a situation to be in, brothers and sisters in Christ! We know the importance of forgiveness. We hear it talked about in the Gospels everywhere. We say it in the very prayer that God Himself taught us how to pray when we say in the Lord’s Prayer, “Forgive us our trespasses, as we forgive those who trespass against us”. Forgiveness is the essence of love. Yet there are times in our lives, just like the one Corrie found herself in, where forgiveness is simply not humanly possible.

The S.S. Officer stood there with his hand outstretched, while Corrie tried to work all of this out in her head.

“It could not have been many seconds that he stood there with his hand out, but it felt like hours, as I wrestled with the most difficult thing I ever had to do.”

In those moments she remembered how the words of the Lord’s prayer were not just a commandment of God, but a daily experience in her life. After the war, she had seen and worked with many individuals like herself, who were the victims of Nazi brutality in Holland. She remembered how those who were able to forgive their former enemies were the ones who were able to return to the outside world and rebuild their lives, regardless of what physical scars that they had. Those who nursed their bitterness towards the Nazis were often those who remained invalids.

As Corrie stood there, she said a silent prayer to our Lord, and asked Him to help her do the impossible.

“I lifted up my arm mechanically, and as I did, an incredible thing took place. The current started in my shoulder, raced down my arm, sprang into our joined hands, and then this feeling of warmth seemed to flood my entire being, bringing tears to my eyes: ‘I forgive you brother, with all of my heart.’”

I never had known God’s love so intensely as I did then.”

Brothers and Sisters in Christ, in our most difficult moments in life, the first place that we turn to is to our Lord in prayer. That reality doesn’t change for us, even when we find ourselves in a position to forgive someone who is “unforgivable.” So for all those who we hold grudges against in our lives, whether it be a family member who has wronged us, a stranger who has hurt us, or an enemy who has attacked us, let the parable our Lord spoke of this morning act as a reminder to us. Even if I am not able to forgive the unforgivable, “With God, all things are possible.”

May we be given the strength that is needed to offer forgiveness and love to those men and women in our lives that we have (thus far) found it impossible to forgive!