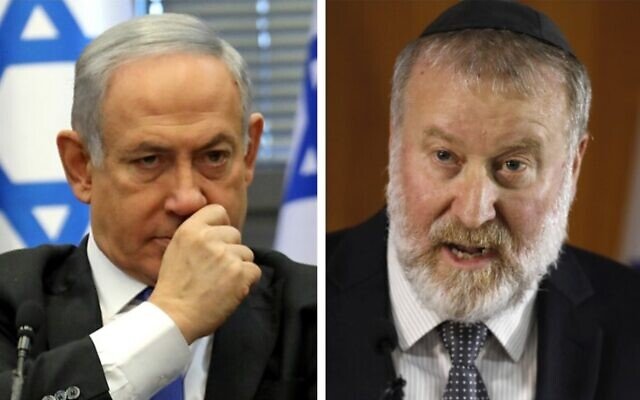 In a decision that drastically shakes up Israeli politics amid already ongoing chaos, Attorney General Avichai Mandelblit announced Thursday that Prime Minister Benjamin Netanyahu will be charged with criminal wrongdoing in three separate cases against him, including bribery in the far-reaching Bezeq corruption probe.

Netanyahu said later Thursday he was the victim of an attempted coup. He said he would not resign but would, rather, continue to lead Israel “in accordance with the law.”

Mandelblit is expected to formally inform Knesset Speaker Yuli Edelstein about his decision to indict the prime minister in the coming days. From that moment on, Netanyahu has 30 days to decide whether he wants to ask the Knesset for parliamentary immunity. The fact that the Knesset House Committee — which handles immunity matters — is not currently functioning complicates the process, and it is not immediately clear how Israel’s political deadlock will affect the process by which the state prosecution would otherwise move toward formally filing the charges in the Jerusalem District Court.

Mandelblit addressed the press in his office in the Justice Ministry in Jerusalem at 7:30 p.m. to formally announce the charges. 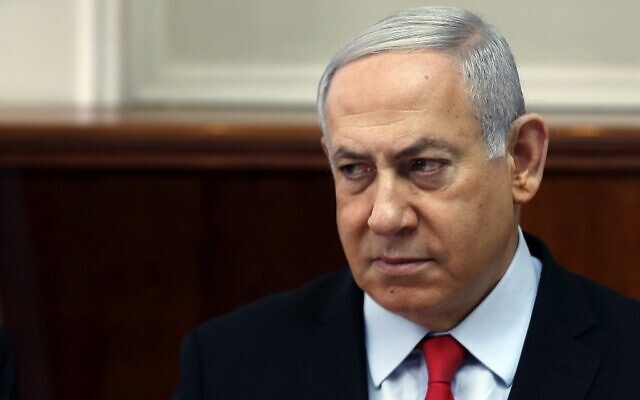 He called the decision “a difficult and sad day” and said his ruling was made “with a heavy heart but also with a whole heart.

“In the prime minister’s affairs I found there was evidence pointing to grave actions allegedly being committed, which carry a reasonable likelihood of conviction,” Mandelblit said. “For this reason it is my duty by law to indict. It is not a choice. It is an obligation. Thus it is in the case of any citizen, and thus I acted here.

“Law enforcement isn’t optional. It’s not a question of politics. It’s a duty incumbent upon us…. We were not swayed by slander from all sides, and acted only to enforce the law,” he said, referring to criticism from Netanyahu supporters who have accused prosecutors of conducting a witch hunt to unseat the prime minister.

He called the accusations and “many lies” made about the prosecution “dangerous” and said propagators of such claims were “playing with fire. It must stop. I call on everyone, and first and foremost the leaders of the state, you must distance yourself from discourse that threatens law enforcement officials. We’re not infallible or above criticism. But we acted without fear or prejudice, for the rule of law.”

Netanyahu’s Likud called on party activists to rally outside the prime minister’s Jerusalem residence to express their support for him Thursday night.

Netanyahu was set to give a statement to the media on the decision at 8:30 p.m. 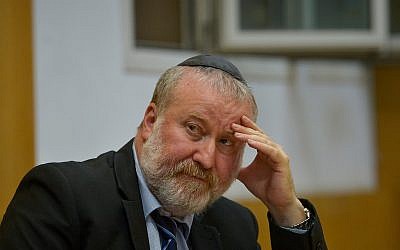 In October, prosecutors and the prime minister’s legal team held several days of hearings in which Netanyahu’s attorneys sought to refute the allegations against him. The state prosecution said the premier’s defense had not managed to refute the charges.

“The attorney general’s decision on the prime minister was made after a thorough and deep examination of the numerous claims raised by the prime minister’s lawyers during the four days of the hearing in early October 2019,” the state prosecution statement said. “All claims were examined in depth as part of a regular work process deployed over many hours in which the State Attorney’s Office submitted in-depth reviews of hundreds of pages, relating to the claims raised at the hearing,” the state prosecution statement said.

“After all claims were reviewed, it was found that there were no claims that arose at the hearing to change the offenses attributed to the prime minister… However, some of the claims have led to changes in the indictment, even if not a change in the offense clauses themselves,” the statement added.

According to the indictment, the prime minister “damaged the image of the public service and public trust in it,” and is suspected of abusing his position and status, and of knowingly “taking a bribe as a public servant in exchange for actions related to your position.”

The prime minister has repeatedly denied any wrongdoing in all three cases, and has alleged that the investigations against him are a “witch hunt” involving the left, the media and the police relentlessly pressuring a “weak” attorney general. 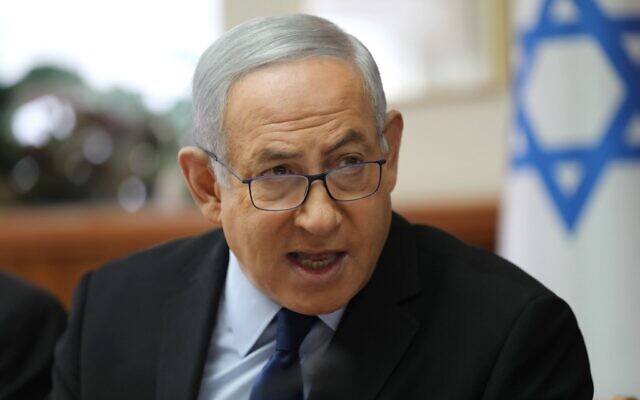 In Case 1000, involving accusations that Netanyahu received gifts and benefits from billionaire benefactors including Israeli-born Hollywood producer Arnon Milchan in exchange for favors, Mandelblit said he intended to charge Netanyahu with fraud and breach of trust — the latter being a somewhat murkily defined offense relating to an official violating the trust the public has placed in him. Milchan is not to be charged.

According to the indictment in this case, Netanyahu “damaged the image of public service and the public’s trust in it, in that while serving in public positions, and foremost as prime minister, you maintained for years an inappropriate relationship with Milchan and Packer.

“This included receiving benefits connected to your public positions totaling over NIS 700,000 [some $200,000] and acting in favor of businessman Milchan while in a severe conflict of interest.

“In your actions you allegedly abused your position and status and significantly and seriously harmed the propriety of the public administration, the integrity of public servants and public trust in public servants,” the charge sheet read.

In his 20-minute appearance on Thursday evening, Mandelblit described “a real supply line” of cigars and champagne to the Netanyahus.

In Case 2000, involving accusations Netanyahu agreed with Yedioth Ahronoth newspaper publisher Arnon Mozes to weaken the circulation of a rival daily in return for more favorable coverage from Yedioth, Mandelblit said he would seek to charge the premier with fraud and breach of trust, while Mozes will be charged with bribery. The case is said to have been a contentious one in Mandelblit’s office, with many prosecution officials reportedly arguing that Netanyahu should be charged with bribery, while Mandelblit considered not charging the prime minister at all. 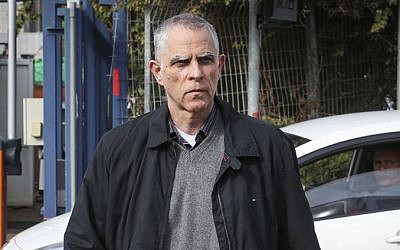 Publisher and owner of the Yedioth Ahronoth newspaper Arnon ‘Noni’ Mozes arrives for questioning at the Lahav 433 investigation unit in Lod, January 15, 2017. (Koko/Flash90)

The indictment said that Netanyahu and Mozes “recognized that the one had the ability to promote the other’s interest” in the run-up to the 2015 elections and discussed such possibilities.

“According to suspicions, in your actions while performing your duties you have committed acts that amount to breach of trust, and have caused substantial harm to the integrity [of the position] and the public’s trust.”

Mandelblit noted in his comments that Netanyahu conducted “corrupt discussions” on a quid pro quo deal with Mozes. And although he never concluded the deal, and thus was not being charged with bribery in this case, the attorney general said, Netanyahu strung Mozes along to try to secure beneficial coverage ahead of the then-imminent elections.

In Case 4000, widely seen as the most serious against the premier, Netanyahu is accused of having advanced regulatory decisions that benefited Shaul Elovitch, the controlling shareholder in the Bezeq telecom giant, in exchange for positive coverage from the Elovitch-owned Walla news site. In that case Mandelblit announced he intends to charge Netanyahu and Elovitch with bribery. 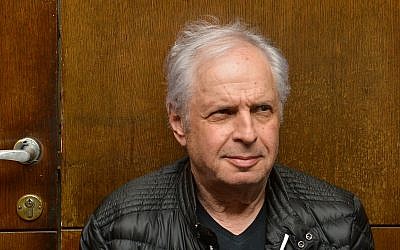 The indictment says the relationship between Netanyahu and Elovitch was “based on give and take,” and the prime minister’s actions benefiting Elovitch netted the businessman benefits to the tune of some NIS 1.8 billion ($500 million) in the period 2012-2017. In exchange, Elovitch’s Walla news site “published your political messages that you wished to convey to the public.

“You took benefits… while knowing you were taking a bribe as a public servant in exchange for actions related to your position.”

The prime minister’s actions, write state prosecutors, “were carried out amid a conflict of interests, the weighing of outside considerations relating to his own and his family’s interests, and involved the corrupting of the public servants reporting to him.”

Israeli law only requires that a prime minister step down if convicted, but experts have suggested that Netanyahu could have a “problem” if he seeks to stay in office after the formal indictment is filed. Under law and High Court of Justice precedent, ministers other than the prime minister are required to step down in such a situation. There is no clear legal rule regarding the prime minister.

It could, however, take months before formal charges are filed, as Netanyahu is expected to ask the Knesset for parliamentary immunity. The Knesset House Committee and plenum would have to rule on Netanyahu’s immunity, but the committee does not currently have any members, as no coalition agreement has yet been signed in the 22nd Knesset dividing up committee seats between the parliament’s factions. 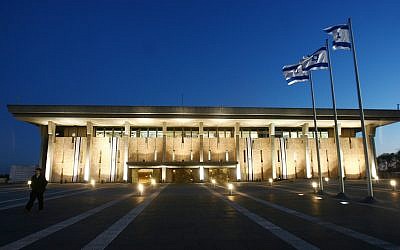 A general view of the Knesset in Jerusalem, file (Orel Cohen/FLASH90)

Only once a new coalition is formed — either over the next several weeks or, failing that, after the next round of elections slated for March — can a Knesset House Committee take up the question.

Even if Netanyahu’s immunity request is rejected, it could take until May or June for the formal decision to be made. A formal indictment could still be more than seven months away.

He could, however, be forced to immediately relinquish any ministerial portfolios under his purview. Those currently include health (the Health Ministry is in practice run by deputy health minister Yaakov Litzman), social affairs, Diaspora and agriculture.

Ehud Olmert, the country’s first former premier to serve prison time, stepped down from office in 2008 during the investigation into him, but before the intention to file charges was announced. He served 16 months in prison on corruption offenses and was released in July 2017.