Prepare For Change
Home ARCONTES The Dark Side Of Christmas: Nimrod’s Tree And The Worship Of The... 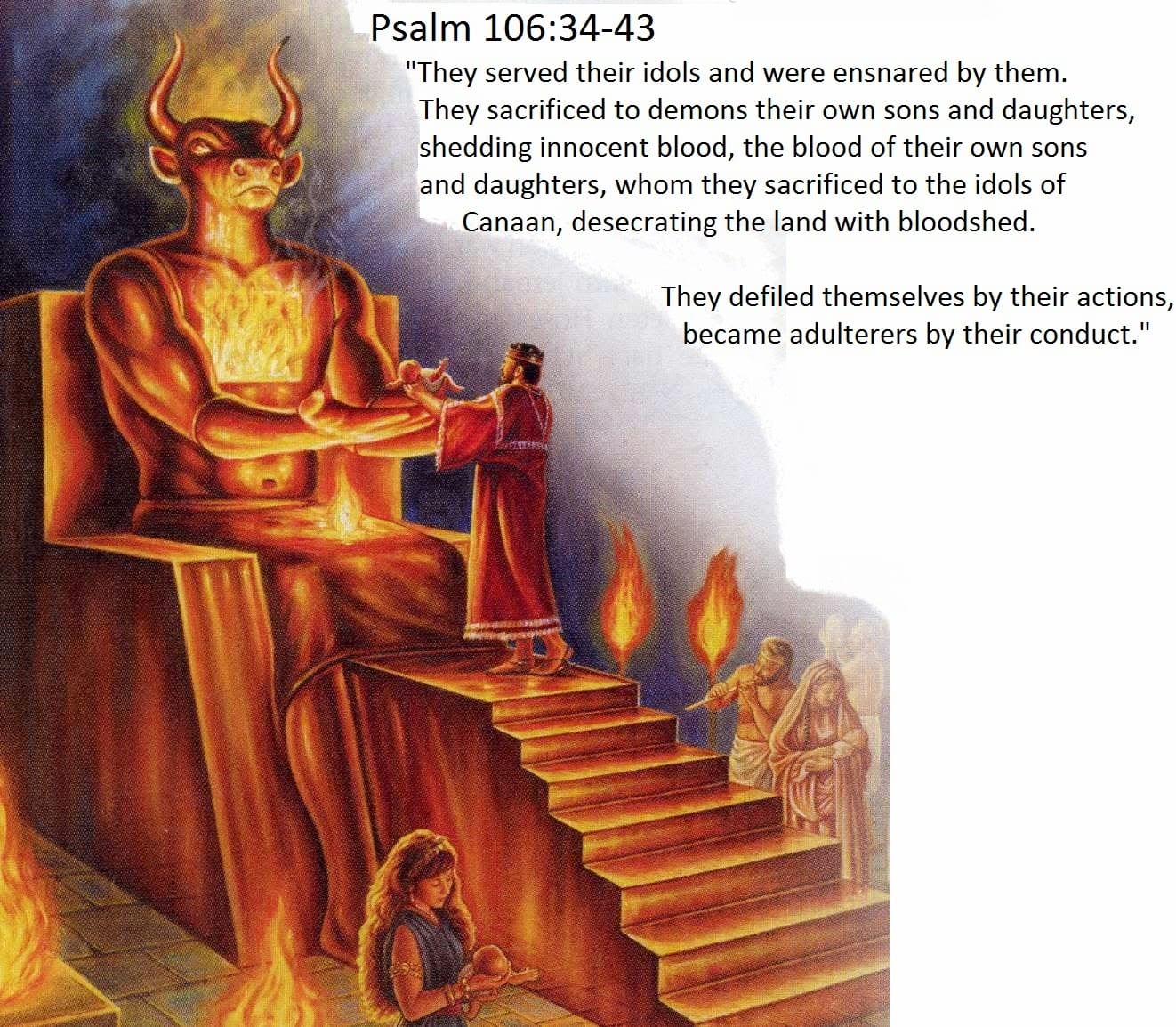 Krampus is a Christmas devil companion of Santa (i.e. anagram for Satan) who punishes children by beating them with a stick or steals them in his sack (no, Satan’s sack is not for gifts).

The figure resembles another horned being, that of Moloch (i.e. Anunnaki “god” Marduk) who was also given children through fire or to a giant throne. But that is another pagan/Anunnaki “celebration” that was adopted by modern religions — yes, I’m talking about Easter.

Read the truth about Easter and the secret worship of the Anunnaki here.

These Satanic rituals based on child sacrifice continue to this day, practiced behind closed doors by powerful secret societies such as the Illuminati, Skull & Bones and the highest ranking Freemasons.

As I have presented through the years, hundreds of thousands of children are kidnapped every single year, most times with the help of the highest religious institutions such as the Vatican, and sacrificed in Satanic rituals dedicated to Moloch. The reason why we have human sacrifices all over the planet, in some of the most prevalent cultures, is because the Anunnaki required them.

(Also, please note the cannibalistic ritual of the Liturgy/Mass, in which all Christians across the planet are required to pretend drinking the blood and eating the flesh of – allegedly – Jesus Christ).

The “gods” of antiquity.

The “gods” of antiquity were flesh and bones Anunnaki and the so called “pagan” religions that followed, worshiped them under different names and almost identical rituals. The most prevalent of today’s religions are all based on paganism (i.e. the worship of the Anunnaki colonizers), including Christianity.

The clothes, miter and staff of today’s prelates are identical to those of the Babylonian priests of Dagon, which represented their god-fish Dagon (i.e. Enki wearing his astronaut suit and staff-shaped weapon). (In Austria, the celebration of Krampus/Christmas takes things closer to the truth. The first priests ever had “royal” Anunnaki blood and they were the ones who conducted the human and animal sacrifices dedicated to the “gods”.

The “gods” then used to eat the fresh hearts of the sacrificed children and drink their adrenaline-filled blood. Today’s highest ranking prelates still conduct these rituals in secret ceremonies, while the rest of them are required to conduct an open phony version of the same ritual, the liturgy/mass. Image source).

Just like all other Anunnaki “gods”, because of his long life span, Moloch was known by many names throughout history, among which: Molech, Nimrod or Ba’al (which was the highest possible title, meaning Lord). But his first name was Marduk, and he was the son of the supreme Anunnaki leader on Earth, Enki, and his wife Damkina. What about the Christmas tree?

It is known that Nimrod and Semiramis (i.e. Dumuzi and Inanna) married. The Anunnaki used to marry their first and second degree relatives, in order to preserve their “royal” blood and the right to the throne.

Semiramis later became known as Ishtar, which is pronounced… Easter.

There is no need to Google for her image, as there are very few people alive today who haven’t seen a statue of her. If you are thinking of Lady Liberty, then you are right.

For a better understanding, I suggest you reading: The Secret Worship of the Illuminati: The Statue of Liberty is Anunnaki Goddess Inanna.

When Nimrod/Dumuzi died, his cousin-wife Semiramis/Inanna, claimed that a full-grown evergreen tree sprang overnight from a dead tree stump.

Now, there are two versions of the story, one stating that Dumuzi’s anniversary was on December 25th and his spirit would visit the evergreen tree every year on this date to leave gifts upon it.

The second version states that the son of Semiramis, Tammuz, by his dead husband, Dumuzi, was born on December 25th.

Whatever version is true, two things are clear: The “Christmas tree” is in fact “Nimrod’s tree” and December 25th is a Satanic celebration!

“December 25th – not only was Mithra, the sun-god of Mithraism, said to be born at this time of the year, but Osiris, Horus, Hercules, Bacchus, Adonis, Jupiter, [Nimrod]/Tammuz, and other sun-godswere also supposedly born at what is today called the ‘Christmas’ season, the winter solstice!” — “The Two Babylons” by Alexander Hislop, p.93.