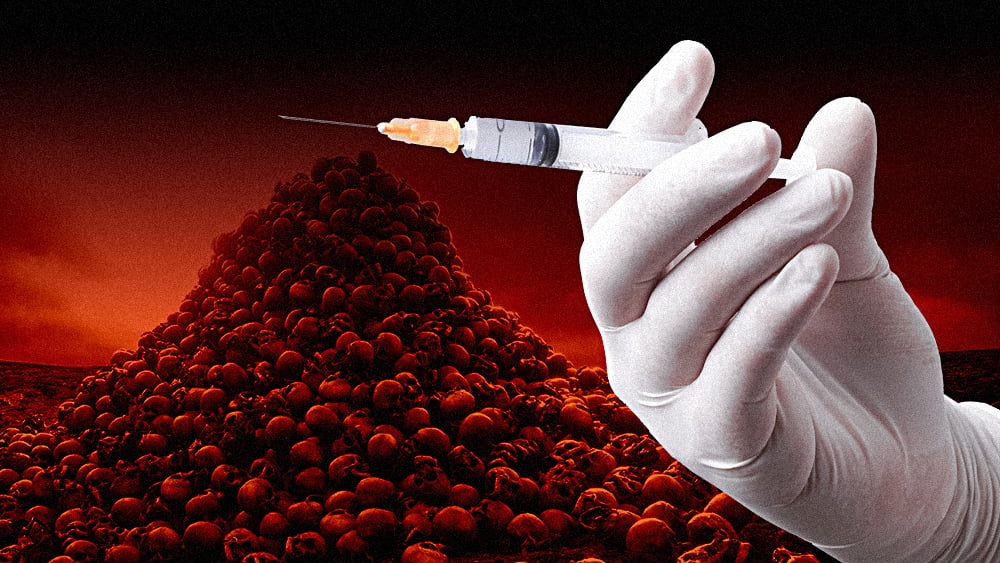 The World Health Organization (WHO) is finally coming clean about the fact that oral polio vaccines, which government officials claim prevent polio infection, are actually spreading polio all throughout Africa.

Nigeria, Congo, Central African Republic, and Angola are all reporting new cases of polio caused by the oral polio vaccine, which is causing children to become paralyzed and die in the name of “disease prevention.”

Contradicting what politicians and health authorities here in the West are claiming about the “miraculous” nature of FDA-approved vaccines, the WHO says that oral polio vaccines are wreaking havoc on public health all throughout the third world.

Because they contain live virus components that have the capacity to morph into full-blown polio, oral polio vaccines are a high-risk “medicine” that we can now clearly see is causing far more harm than good.

“All the current vaccine-derived polio cases have been sparked by a Type 2 virus contained in the vaccine,” admits the Associated Press. “Type 2 wild virus was eliminated years ago,” the AP goes on to explain.

Environmentally speaking, wild polio virus is said to spread via contaminated water and food, and usually affects children under the age of five. Roughly one out of every 200 infections results in paralysis, while an even smaller percentage of cases ends in death.

But the bigger polio threat is now coming from oral polio vaccines, as the pharmaceutical and vaccine industries, as well as their lapdogs in politics and media, continue to push them as some kind of “remedy” for polio.

None of this information is new, of course. While it might be new in the sense that health “authorities” are now the ones admitting it, the independent media has long warned about the dangers of vaccines like the oral polio vaccine that contain live virus components, as such vaccines have the potential to “shed” these virus components and cause more disease.

And this is precisely what’s happening all throughout the third world with oral polio vaccines, even as wealthy donors continue to donate money to the tune of billions to see more of these vaccines forced on third-world children and their families who simply don’t know any better.

Big Vaccine is essentially taking advantage of indigenous people groups throughout Africa and Asia by lying to them about the “protection” they’ll supposedly receive against disease if only they’ll submit to getting blasted with live viruses, either orally or through a needle – and high-dollar “philanthropists” are making it all happen.

“Donors last week pledged $2.6 billion to combat polio as part of an eradication initiative that began in 1988 and hoped to wipe out polio by 2000,” the AP reports, presumably referring to billionaire philanthropists like Bill Gates who has openly admitted that vaccines are a ploy to drastically reduce the world’s population.

Amazingly, the WHO is still claiming that more than 95 percent of the world’s population needs to be “immunized” in order to “eradicate polio,” even as this “public health” arm of the United Nations (UN) admits that oral polio vaccines don’t even work.

According to the Independent Monitoring Board, a group established by the WHO to assess polio eradication, health authorities in Africa are already “failing badly” to achieve their goal of stopping these vaccine-induced polio outbreaks within 120 days of detection.

To keep up with the latest news about the dangers and ineffectiveness of government-sanctioned vaccines, be sure to check out Vaccines.news.