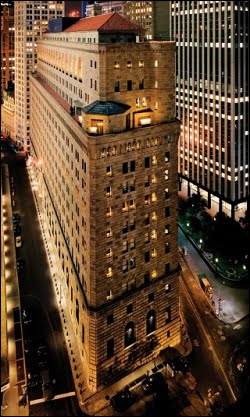 If the Federal Reserve was looking for a media lockdown on news about the trillions of dollars in cumulative repo loans it has funneled quietly to Wall Street’s trading houses since September 17 of last year, it could not have found a better cloud cover than Donald Trump. First the impeachment proceedings bumped the Fed’s money spigot from newspaper headlines. Then, this past Friday, as the Fed released its December meeting minutes at 2:00 p.m., with its highly anticipated plans to be announced for the future of this vast money giveaway to Wall Street, that news was ignored as the media scrambled to cover Trump’s “termination” of General Qasem Soleimani, the head of Iran’s Quds Force, which raised the immediate specter of a retaliatory strike against the U.S. by Iran.

The Fed’s minutes revealed that after multiple expansions of this vast money spigot, which was previously set to lapse in January after getting the Wall Street trading houses through the year-end money crunch, instead it may be extended through April. The minutes read as follows:

Corporate and individual tax payments occur every April. The Fed offers no explanation as to why this April is different and requires a multi-trillion-dollar open money spigot from the Fed.

The Fed’s minutes also acknowledge that its most recent actions have tallied up to “roughly $215 billion per day” flowing to trading houses on Wall Street. There were 29 business days between the last Federal Open Market Committee (FOMC) meeting and the latest Fed minutes, meaning that approximately $6.23 trillion in cumulative loans to Wall Street’s trading houses had been made in that short span of time.

During the 2007 to 2010 financial collapse on Wall Street – the worst financial crisis since the Great Depression, the Fed funneled a total of $29 trillion in cumulative loans to Wall Street banks, their trading houses and their foreign derivative counterparties between December 2007 and July 21, 2010. At the pace it is currently going, it would eclipse that $29 trillion before the middle of this year.

And yet, there is no discernible financial collapse occurring on Wall Street. In fact, the Dow Jones Industrial Average and Standard and Poor’s 500 Index achieved multiple record highs in the month of December 2019 – making it appear that the Fed’s money to these trading houses is going straight into the stock market. That is about as far from the Federal Reserve’s monetary policy mandate as it can get and yet there has been no editorial outcry from the Editorial Boards of American newspapers or any publicly announced Congressional investigation.

The House Financial Services Committee just released its committee hearing schedule for January and there isn’t a peep about a hearing to examine the Fed’s unprecedented actions.

The most recent Fed minutes also note that Lorie K. Logan was selected to serve as the head of open market operations at the New York Fed, the regional Fed bank that carried out the bulk of the $29 trillion in loans to Wall Street during the financial crisis and the one also performing that loan function today – without any publicly announced crisis.

The minutes go on to explain that Logan is also the “senior New York Fed representative on several public-private committees” which work with these same Wall Street trading houses to establish “best practices.” One of those public-private committees on which Logan sits is the Foreign Exchange Committee. In 2015 that Committee was chaired by Troy Rohrbaugh of JPMorgan Chase, its head of Foreign Exchange. In 2015 the New York Fed allowed Rohrbaugh to travel to Tokyo as part of its team to discuss global best practices in Forex trading with teams from other central banks.

On May 20, 2015, JPMorgan Chase admitted to one criminal felony count with the U.S. Department of Justice, acknowledging that it had engaged with other banks in rigging the foreign exchange market. So much for “public-private committees” at the New York Fed establishing “best practices.”