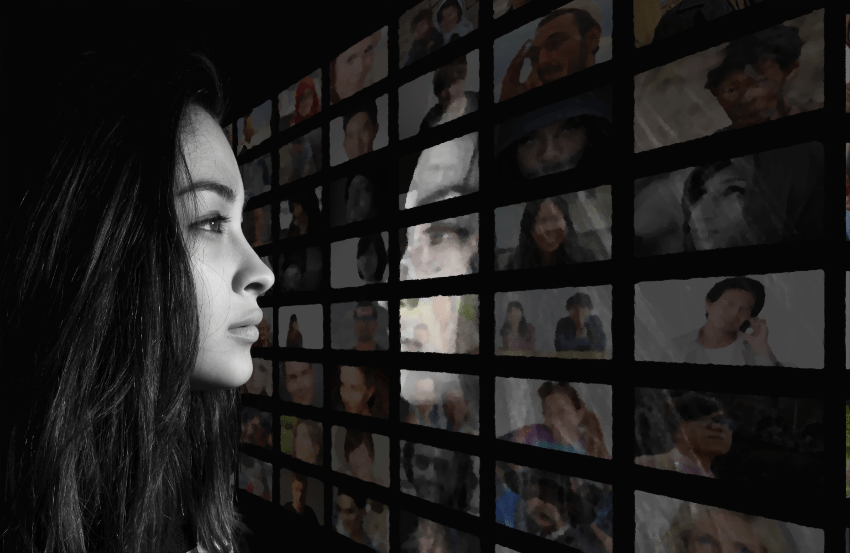 By Joshua Howard from Fractal Enlightenment:

One area of life that many of us struggle with is comparing ourselves to others. Sometimes, people are better than us at certain things, have things we wish we had, or live the lives we want to live. But it doesn’t have to be this way.

In fact, there are a few things you can do starting today to stop comparing yourself to others.

See Yourself and Others as if You’re on a Journey

One of the simplest ways to stop comparing yourself to others is to see yourself and others as if you’re on a journey. It may seem trite, but if everybody is on their own personal journey then there’s no right or wrong way to be doing what anybody is doing. If you’re on a journey, the things that matters are the destination or the experience of getting there.

And they’re never really going to get where they’re trying to go until they realize that the results they crave are not just going to magically appear because they need to be earned through efforts toward their goals.

So, the real key thing to keep in mind is that you and others are on a journey. Life is an exploration. And as long as you think about life this way, it ultimately doesn’t matter how quickly you get where they’re going. You’re not in a race. You’re not in the triathlon.

You and them are just exploring the world at the pace and speed that’s right for you. Keeping in mind that life is a journey means that you’re in it for the experience of the process of getting there.

The thing I find the most fascinating about this specific quote is that it encourages you not to focus fully on the goal, but to focus on becoming the kind of person who can achieve that goal and that is so much more powerful than just focusing on the goal itself.

If you’ve been around the spiritual or personal development world for even a short amount of time, you’ve probably met quite a few people who have really lofty goals but never seem to achieve them.

This often has to do with their inability to accept the fact that you need to change in order to change your life. If you allow yourself to think about life as a journey rather than a means to an end of getting to a specific goal, you’ll be far happier and you will compare yourself less and less to others, which should help you achieve your goals far more easily.

Study Success Stories of Those Who Became Successful After 35

Often when people compare themselves to others, they think about how they wish they’d done things earlier in their life or “before they missed the chance”.

Sometimes, this is a true insight, but more often than not, there are enough counterexamples to prove that it’s falsifiable. And sadly, it leads many people to compare themselves to younger people living their dreams or to people their own age who have already achieved success in some areas of life.

Something I got fascinated with about a decade ago was the author Napoleon Hill and what he calls the philosophy of success. And something I found very odd is that there are quite a lot of people who don’t find success in their lives, at least as defined by others, until they’re much older.

He was 43 in 1991 when he got his first actual film roll in Spike Lee’s Jungle Fever. Stan Lee wrote his first comic at age 39. Vera Wang didn’t get in the fashion industry until she was in her 40s. Ray Kroc bought McDonald’s and turned it into the business that we now know when he was in his early 50s.

But that doesn’t mean that I can’t be successful in so many other areas of life. But if I fixate and focus on the fact that I’m never going to get in the NBA and I feel bad about it, then I probably won’t get very far at anything else either. But if I focus on areas of my life that I’m good at and I’m passionate about, there’s still time for me to do a lot of things in my life.

And the same goes for most everybody. All of the people above became incredibly famous well into or after their late 30s. There are so many things that can be done in our lives and fixating on the idea that our lives are over at a certain age is foolhardy.

Likewise, given the way that the internet works there are so many things that people can do in this time period that they wouldn’t have been able to do before. An example of that is the late life coach Sean Stephenson. He had a bone disorder that kept him in a wheelchair most of his life and if he sneezed too hard he could break a rib.

So, just keep in mind that you have plenty of time to do what you want to do as long as you get started exploring what it is that’s really important to you.

Exploring spirituality can help you quit comparing yourself to others because it can help give you a piece of a personal narrative that tells you not only who you are, but why you’re here. Once you become involved in spirituality, you’ll start to see the world in an entirely different way.

Likewise, most religions or spiritual paths have different methods for helping people to begin to develop themselves in much deeper ways. For instance if you become involved in safe Buddhism you can learn a lot about different philosophies and meditation techniques that will help you develop a type of mindfulness that will allow you to drastically rethink who you are as a person and how you fit into the world.

But again it doesn’t matter what religion you choose or what spiritual path to choose. Almost all of them can help you to develop yourself and to develop your connection to the world around you. This will likely change how you view others and help you to stop comparing yourself to them as much.

There are some religions that are a bit more harsh than others and think about other people in ways you may not agree with. So, consider that before joining any spiritual paths, but really just ultimately make sure that the spiritual path resonates with you.

As long as you do that, you should find that your life shifts and you’re no longer interested in comparing yourself to others because you start to see things that are far more important.

Get in Competition With Yourself

This one’s a little bit different than the other ones in this list. This one is something that pretty much anybody can do regardless of their spiritual path or their personal beliefs about themselves or life. And all you really need to do to really start to take benefit from this is to start thinking about yourself as in competition with yourself.