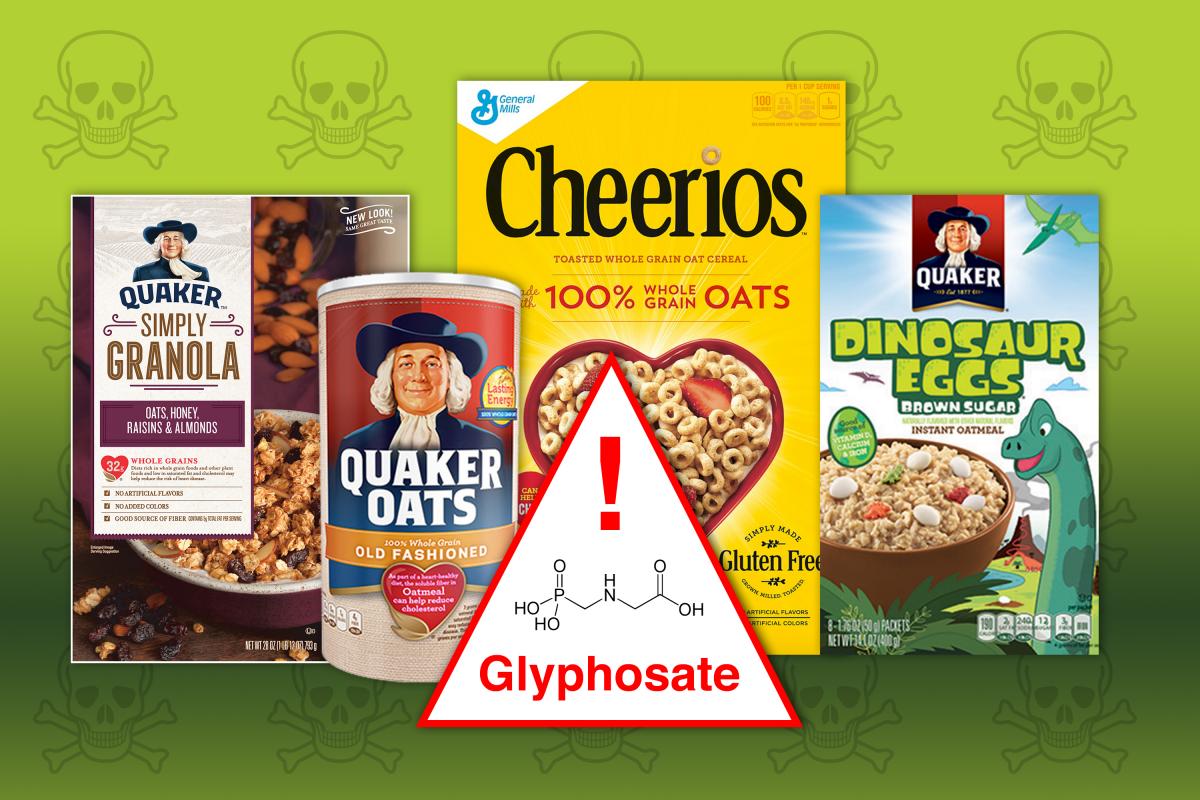 Western cancer research is organized as a business whose fundamental motivation is profit, which is why it will likely never cure cancer because it’s so profitable, and it’s sad that the causes of cancer continue to be ignored. Raising money for a cure is great, but cancer prevention needs more attention, and more resources should be poured into alternative treatments and research. Doctors are only allowed to recommend the patented treatment.

One of many  supposed causes of cancer, among several other diseases, is glyphosate, the main active ingredient in Monsanto’s Roundup herbicide. Despite the fact that countless amounts of publications and research have shown that it’s carcinogenic, only recently did the World Health Organization (WHO) classify it as such.

It is commonly believed that Roundup is among the safest pesticides… Despite its reputation, Roundup was by far the most toxic among the herbicides and insecticides tested. This inconsistency between scientific fact and industrial claim may be attributed to huge economic interests, which have been found to falsify health risk assessments and delay health policy decisions. – R. Mesnage (et al., Biomed Research International, Volume 2014 (2014), article ID 179691)

Glyphosate has received a lot of attention in the form of lawsuits lately; the latest example would be Diamond & Diamond, a national personal injury law firm in Canada that is spearheading a $500 million class-action lawsuit against various Roundup makers, including the pharmaceutical company Bayer, the owner of Roundup maker Monsanto.  There have been many lawsuits filed across North America alleging that glyphosate can cause health problems including non-Hodgkin’s lymphoma, a type of cancer that affects the lymphatic system. In the United States alone, there have been about 18,000 lawsuits filed against the makers of Roundup. This all seemed to become more recognized within the mainstream when schools groundskeeper, and cancer survivor, Dewayne Johnson was awarded millions of dollars in his lawsuit against the Monsanto corporation as the courts determined it caused his  non-Hodgkin’s lymphoma.

What’s terrible about glyphosate, like other harmful environmental toxins that were once deemed safe, like DDT, for example, is that it has ended up everywhere, it’s in our soil and it’s in most of our conventional, genetically modified non-organic foods. This was made even more evident by a report released in June by The Environmental Working Group (EWG) which confirmed previous reports that America’s breakfast cereals, consumed primarily by children, are contaminated with the toxic herbicide, glyphosate.

The recent report was published by Olga Naidenko, Ph.D., senior science advisor, and Alexis Temkin, Ph.D., Toxicologist, at EWG. They tested 21 oat-based cereal and snack products, and found all of them had high levels of the toxic glyphosate.

Major food companies like General Mills continue to sell popular children’s breakfast cereals and other foods contaminated with troubling levels of glyphosate, the cancer-causing ingredient in the herbicide Roundup.

The weedkiller, produced by Bayer-Monsanto, was detected in all 21 oat-based cereal and snack products sampled in a new round of testing commissioned by the Environmental Working Group. (Full Report.)

The two highest levels of glyphosate were found in Honey Nut Cheerios Medley Crunch, with 833 parts per billion, or ppb, and Cheerios, with 729 ppb.

This also comes shortly after Moms Across America, a a National Coalition of Unstoppable Moms, discovered that glyphosate is found inside of all 5 major orange juice brands across the United States. These juices are heavily marketed as ‘100 percent pure orange juice,’ but that’s not true as they’re loaded with unhealthy amounts of added sugars. You can read more about that here.

What’s even more concerning is that organic products in this category are also contaminated in the US.

However, a new investigation by Tropical Traditions has revealed that the U.S. organic grain market is contaminated with glyphosate.

Tropical Traditions has sold organic grains for years. After reading new research about the issue of “crop desiccation” done by using glyphosate on wheat and other grains just prior to harvest, Tropical Traditions decided to first test some commercial wheat products with wheat grown in Montana, North Dakota, and Canada. They sent the commercial samples to a well-known and respected laboratory to test for glyphosate.

All tested positive for glyphosate residue. The range was from 0.07 mg/kg to 0.09 mg/kg. Keep in mind this is glyphosate found in non-GMO crops. For a GMO crop such as GMO soybeans, which are sprayed heavily with glyphosate, the range is typically between 3.3 and 5.7 mg/kg. (Source.) (source)

How Are Products Like Glyphosate Able To Gain Approval By Our Federal Health Regulatory Agencies?

I’ve mentioned it many times before, but there is an abundance of examples of corruption within our federal health regulatory agencies, and they the corporations they work with have a tremendous influence and say when it comes to their products and the process of approval.

For example, EU regulators recently decided to re-license glyphosate, and their decision was based on an assessment that was plagiarized from industry reports. It’s quite backwards that, for years, health regulators have been relying on the scientific reports from the companies that manufacture these products instead of seeking out independent scientific studies. A group of MEPs decided to commission an investigation into claims that Germany’s Federal Institute for Risk Assessment (bFr) copy-and-pasted tracts from Monsanto studies. You can read more about that here. In addition, Monsanto colluded with the Environmental Protection Agency (EPA) to stifle cancer research and any connections to their products.

The corruption is never ending when it comes to the link between corporations and government agencies. In fact, only a few years ago, more than a dozen scientists from within the CDC put out an anonymous public statement detailing the influence corporations have on government policies. They were referred to as the Spider Papers.

There are many examples, but you get the point.

What Can You Do About It?

It’s easy to feel hopeless when coming across this type of information, but there are many things you can do. Not all products, especially most organic products, are contaminated with glyphosate, but as mentioned above, some still are. One thing you can do is buy all of your produce organic. Furthermore, live a healthy active lifestyle, along with eating healthy, to give your body the best chance of combating this type of contamination. The body can work wonders when you take care of it. You can share articles like this one, spread awareness, and make it harder for these companies to roll out their products, especially when more and more people are refusing to use them.

At the end of the day, we are the ones who can make these changes, and we are. Just a few years ago, this wasn’t even on most peoples radar and now it is. Times are changing. We are the ones who choose to use these products, which is why awareness with extreme credibility is very important. Every single person who comes across information like this is a a huge tool in the battle to stop these products from continually rolling out. Is glyphosate sprayed on your lawn? If so, stop and use alternatives. Do you buy popular orange juice brands that are listed above? If so, stop. Stop buying your children cereals that’ve been found to be contaminated with glyphosate.