Prepare For Change
Home ARCONTES Deaths Caused by British Empire Should Be Condemned Just Like Deaths under... 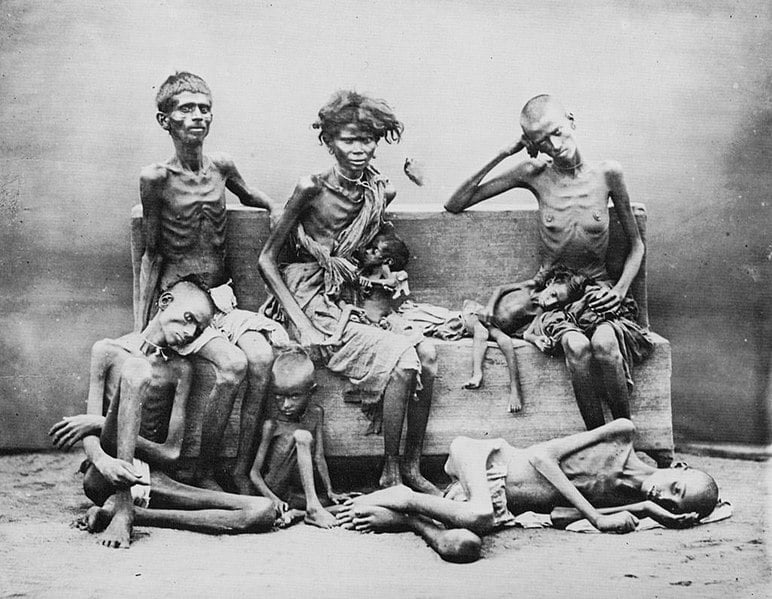 Western historians who condemn the USSR for the deaths under Stalin​’s dictatorship should shed a spotlight on ​the millions who died under British rule​, including those in engineered famines across the Indian subcontinent.

The UK general election is a week away and a significant chunk of the country’s media, three-quarters of which is reportedly owned by a few billionaires, is hard at work digging up dirt on Jeremy Corbyn to prevent a Labour Party victory at all costs. However, this uphill task is becoming harder as recent polls show the frequently cited Conservative lead over Labour is rapidly decreasing. The possibility that Mr. Corbyn will be Britain’s next prime minister, perhaps at the head of a minority government, is now grudgingly acknowledged.

When Corbyn launched Labour’s manifesto at the end of November, he pledged to conduct a formal enquiry into the legacy of the British Empire “to understand our contribution to the dynamics of violence and insecurity across regions previously under British colonial rule” and set up an organization “to ensure historical injustice, colonialism, and role of the British Empire is taught in the national curriculum.”

The idea of teaching a population about the unsavory aspects of its history, and in Britain’s case revealing how several of today’s geopolitical crises are rooted in the past folly and avarice-fuelled actions of its ruling class, is commendable.

It would be prudent to inform UK citizens about the British Empire’s divide and conquer tactics across the Indian subcontinent and Africa, the stirring up of Hindu-Muslim antagonism in the former, or the impact of the Sykes-Picot agreement that precipitated instability across the Middle East which continues to the present day. Doing so might enable the public to gain a better understanding of how past actions affect present realities, in turn making them more eager to hold contemporary politicians to account so past mistakes are not repeated. As Spanish philosopher George Santayana said: “Those who cannot remember the past are condemned to repeat it.”

Some right-wingers may be quick to dismiss Corbyn’s manifesto promise as self-indulgent politically-correct onanism. Brexit Party leader Nigel Farage commented: “I don’t think I should apologise for what people did 300 years ago. It was a different world, a different time.” Yet, some of the violence perpetuated in the name of protecting the empire’s interests is not exactly ancient history, having occurred within living memory for some. The Malayan Emergency, Kenya’s Mau Mau uprising, the Suez Crisis, or the deployment of British troops to Northern Ireland are a few examples.

Segments of the intelligentsia may also feel unease at Corbyn’s manifesto promise, namely those academics who still view the British Empire as the UK’s legacy and ‘gift’ to the world. This includes those who, by extension, consider modern Britain (and the West in general) as bestowed with a cultural superiority that makes it the unchallenged arbiter of global affairs and the indisputable defender of ‘human rights’ and ‘democracy’, regardless of what these laudable terms have been corrupted into justifying. The invasion of Iraq, the destruction of Libya, and the civil wars in Syria and Ukraine are a few manifestations of Western intervention.

Some Western historians fall over themselves condemning the USSR for the millions who died under the dictatorship of Stalin, with a significant proportion of these victims perishing during famines. The people of the former Soviet Union need to come to terms with their history, just like any other country. In the meantime, Western historians should shine a spotlight closer to home. Engineered famines across the Indian subcontinent reportedly killed up to 29 million in the late 19th century and a further 3 million in 1943.

The Indian subcontinent was only one of the regions under British rule and the deaths mentioned above do not include those violently killed by occupying forces. Unlike the USSR, which kept oppression confined within its borders and those of neighboring countries under its sphere of influence, Britain together with the American Empire (to which it handed over the baton of imperialism after WWII) has interfered on pretty much every continent except Antarctica. In modern times we see the UK, now a vassal of the US-led NATO empire, condemn nations that refuse to submit to Western hegemony.

Apologists for Empire claim it brought ‘progress’ such as railways, infrastructure, education, cricket, as well as free trade and order (i.e. Pax Britannica). Irrespective of whether such ‘gifts’ were appreciated by occupied nations, this line of reasoning opens up a dangerous precedent. For example, supporters of Stalin overlook his despotism by crediting him with rapidly industrializing an underdeveloped nation that later played a major role in defeating Nazism, bestowing upon him an honor that instead belongs to millions of rank and file soldiers, officers, and commanders of the Red Army.

During the time of the British Empire, as was the case with other European empires and many dictatorships, the majority of working people were not personally enriched by the plunder of imperialism and their descendants are not to blame for the actions of the former ruling class. Nevertheless, learning one’s history is the first step to understanding the present, ensuring today’s leaders are held to account, and preventing the same mistakes from being repeated.

*(Top image: Victims of the Great Famine of 1876–78 in India during British rule, pictured in 1877. Credit: Willoughby Wallace Hooper/ Wikimedia)